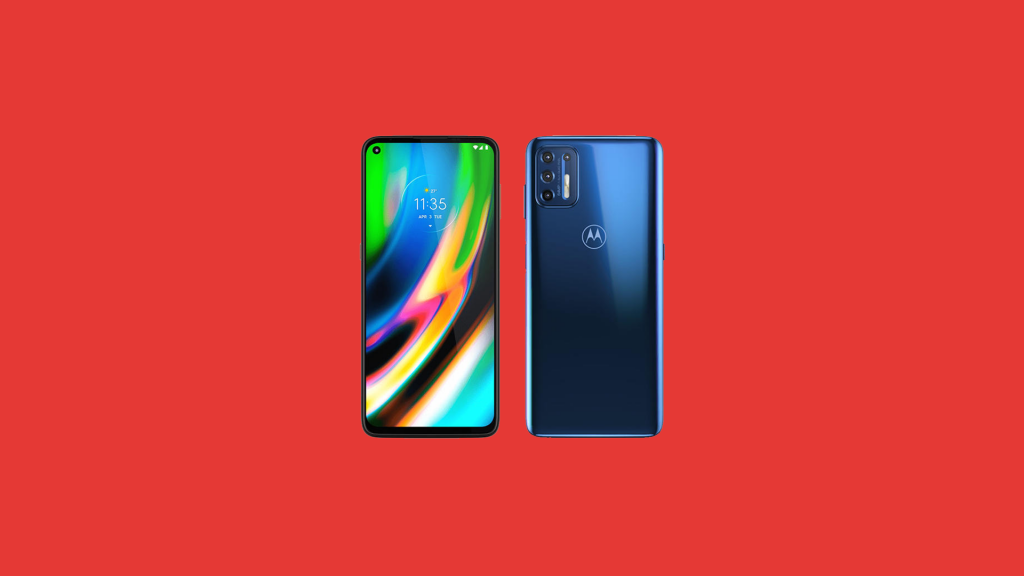 If Motorola (owned by Lenovo) has something going for it that’s the always solid G lineup that, slowly but steadily, improves with every new generation.

The G9 lineup is no different. It expands on the already-established affordable mid-range devices with a focus on the regular user instead of all bells and whistles flagships have (but they ditch some essential features like SD card support and headphone jack).

Note: All the issues mentioned in this article are individually reported cases, which doesn’t mean any of the problems will occur on other devices. If you’re looking to buy this phone, DO NOT take these issues into account.

This seems to be an underlying issue that occasionally appears on the Moto G9 series. It concerns Wi-Fi connectivity which is, for some, too slow. For others, Wi-Fi keeps disconnecting and, of course, that’s a debilitating issue that can’t be overlooked. Again, this isn’t a common issue, just repeats infrequently on almost every recent iteration of Lenovo mid-range handsets. This year, users reported connectivity issues on the Moto G9 and Moto G9 Power.

If you are among users experiencing these issues, make sure to try with the steps below:

GPS performance is another thing that periodically bothers Moto G9 Plus users. It seems that some users experience intermittent stops in location tracking. On previous iterations that had GPS issues, certain updates addressed the problem by bringing additional satellites to the list. This makes us believe that the same will be done with the device.

The first thing you can try is testing GPS with some third-party app, like GPS Test (found on Play Store, here). Focus on the signal strength instead of precision to determine whether your Moto G9 or Moto G9 Plus is having reception issues.

You can try improving on Location services by enabling Wi-Fi and Bluetooth scanning, but that won’t do you any good if the device simply doesn’t get a GPS signal. The best bet is to wait for the update and report the problem to Motorola support.

As we already mentioned in the introduction, all phones in the Moto G9 series slightly but significantly improved in comparison to their predecessors. Although the camera setup is a bit underwhelming on 3 of them, with a solo main camera followed by two barely usable 2MP macro and depth sensors, it should be enough for most users. Especially if you install a GCam port.

The last remark especially comes in handy as the stock camera app is failing to utilize more than capable hardware. Users report crashes when switching modes, macro camera not focusing, photos being too cool (not in a positive way), various recording issues, bad selfie camera quality, etc.  This applies especially to budget options in the lineup which include the Moto G9, Moto G9 Power, and Moto G9 Play.

There’s not much you can do with an exception of installing Gcam and using ported Google’s software to improve the quality and mitigate bugs.

Also, due to many reports, we can only hope that updates are coming and the problems with camera performance will be addressed accordingly.

4. Lags and stutters on low battery

There are reports about lags, stutters, and overall performance issues on the Moto G9 series. However, the most common ones concern the device performance when the battery drops under 20%. That’s when, usually, the Battery saver kicks in and, probably, reduces CPU activity to reduce battery consumption.

For the time being, there are no applicable solutions, unless you want to try and reduce the strain on the CPU with a few tweaks. This won’t address the problem, but your device should perform better.

Here’s what to do to reduce lags and stutters on the Moto G9 devices:

5. No battery percentage in the Status bar

This might come as a surprise for some users who skipped on a few Android versions before upgrading. Most OEMs don’t provide battery percentage in the status bar by default. What you need to do is navigate to Settings and enable it yourself. It’s rather simple and shouldn’t take too much time. And, of course, it applies to all Moto G9 phones, including the Moto G9, Moto G9 Power, Moto G9 Play, and, last but not least, Moto G9 Plus.

Here’s how to add battery percentage to the status bar on your device:

This is a big one. The underlying issue with the Power Button and the physical one, at that. This is a bit more prominent issue that’s until now reported only for the Moto G9 handsets. It seems that the button needs to be pressed hard to work, and sometimes even that doesn’t help/

Sadly, there’s nothing you can do about that but ask for the replacement and hope that the next device doesn’t come with the proper hardware. Make sure to send the ticket or contact your seller/carrier as soon as possible.

Ghost touch is usually a hardware issue with a faulty panel and, like the previous problem, the best way to address this is to ask for the replacement. Users report screen reacting without a touch (ghost touch) along with the white lines appearing on the screen. You can try some troubleshooting steps, like rebooting your device or restoring your device to factory settings in case there are some software issues (a very, very rare occurrence).

Also, it seems that the problem, in this specific case, is related to the GSM radio module, so the bad network coverage causes the screen to go nuts. But, again, don’t wait too long but rather ask for the replacement if you notice some misbehavior from the display panel.

Some Moto G9 users are running into an issue with the screen rotation. It seems that, while in the landscape orientation (gaming, video streaming, etc.), the device switches on its own to portrait orientation on its own. It seemingly happens every couple of minutes. Of course, the user is not rotating the device.

The sound quality on the single bottom-firing loudspeakers on these devices is usually what you would expect in this price range. No stereo speakers and the single speaker will do just fine most of the time. However, some users are reporting sound distortion, especially on high volume. In addition, sound quality fluctuates from good to bad in many apps and games.

We suggest resetting your device to factory settings, although, based on reports, even that doesn’t resolve the problem. Again, in the serial manufacturing process, despite all the quality control, things can slip up. So, replacing your device is always an option, as long as it’s under the warranty.

Now, all devices from the Moto G9 series, like their predecessors, come with 5000 mAh batteries with the Moto G9 Power being an exception. That one packs an enormous 6000 mAh cell. Either way, based on sheer numbers, screen-on time, stand-by, and talk time should be exceptional. And, it usually is, based on many reviews but, some users can’t stand behind that.

Namely, it seems that (despite running close-to-stock Android), battery longevity is not the greatest. For some, the battery depletes too fast which is worrying considering the aforementioned battery size. In comparison to some other issues listed here, this definitely can be tackled by the end-user. Some tweaks will help.

Here are some tips on prolonging battery life on your Moto G9:

While some Moto G9 users have sound issues during media playback, others experience severe lags. This can be attributed to the aforementioned lags and stutters when the battery is low. However, it doesn’t need to be the case. Snapdragon’s CPU on the Moto G9 is not the greatest and don’t expect miracles if you like playing demanding games. On the other hand, it’s strange that lags in videos are occurring.

To troubleshoot this, try the steps from the fourth solution. Also, make sure that your internet is stable and clear the cache and the data in the media player that’s not working properly. User reports had subsequent issues with the VLC Media Player, as soon as they try to play some local videos.

Besides the aforementioned sound issues, it seems that the volume also is too low, even on the highest settings. This is especially noticeable during calls and in video recordings. Even when the volume is as high as possible.

For the time being, there’s nothing you can do except wait for an update to address this issue. Based on some reports, updates indeed fixed this problem so keep your device up to date and hope for the best.

13. Too high screen brightness after unlocking the device

The auto-brightness will, as we all know, dim or illuminate the screen based on sensor readings of the background. Quite simple. However, it seems that there’s a bug while the auto-brightness is being enabled. Some Moto G9 users run into a problem when unlocking the device, as the brightness will spike to max.

Again, you should keep your device up to date to get bug fixes. However, you can also try fixing it on your own by disabling auto-brightness or using Device diagnostics from Settings, or entering the *#*#2486#*#* code into your dialer. Once there, you can try and calibrate the ambient sensor. Some even suggest disabling Haptic feedback on touch in Sound settings.

14. Google Backup is greyed out

Some Moto G9 and Moto G9 Plus users are unable to back up their data to Google Drive as the Backup option is grayed out. There’s a simple solution for this, and all you should do is just remove all security options (PIN, password, or pattern) and try again. Once the first backup completes, the problem shouldn’t occur again, even after you set security options again.

This is a common occurrence on many Android devices, a bug that often appears, especially if you restore system data during the setup from the cloud or an old device.

Reset the device to factory settings

Note: We don’t recommend doing this if you’re not entirely sure what you’re doing. If that’s the case, check out our article about factory resetting an Android phone for more info.

And, on that note, we can conclude this article. Thank you for reading and make sure to follow us on Twitter or Facebook. Also, if you are experiencing additional issues or have alternative solutions, make sure to tell us in the comments section below.

Editor’s note: This article was originally published in January 2021. We made sure to revamp it for freshness and accuracy.