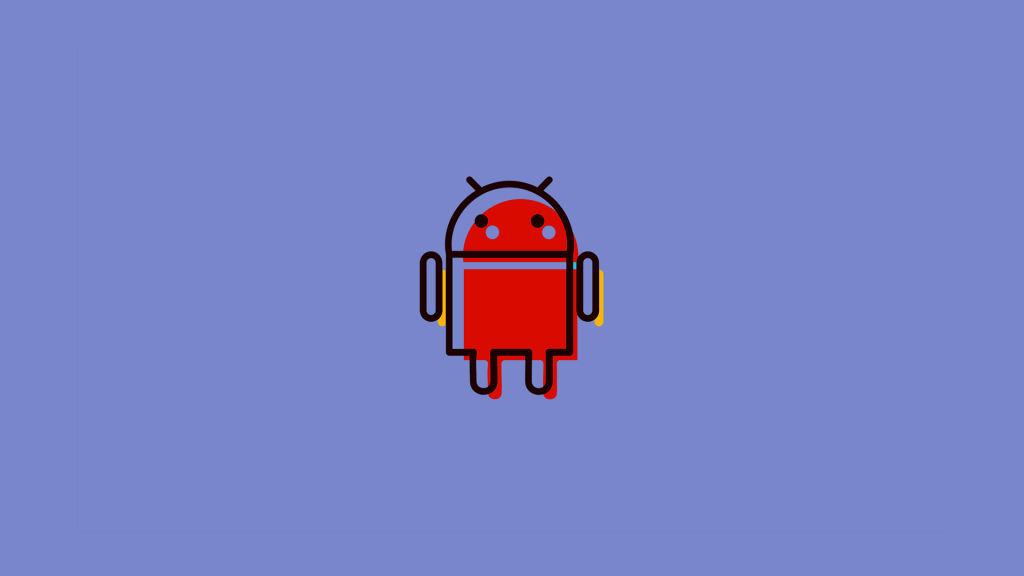 Chances are you’re using a phone that’s at least a year old. And if current industry trends are to be believed, you’ll probably stick with it for another year before upgrading. Now, depending on where your phone was on the specs scale initially, its present performance is either (still) a smooth ride or an obstacle course.

If you didn’t want to spend a lot of money in the first place and bought a budget device a year or two ago, you’re probably experiencing certain lags and slowdowns in your daily usage. So, I’m going to show you a useful trick that will make your phone a little bit faster and more responsive. At least, it will feel like it.

One of the oldest tricks in the book when trying to enhance the performance of your smartphone is tuning the animation scale. Keep reading, and you’ll find out what the animation scale is, how to play with it, and what benefits it brings.

What is the animation scale in Android?

There are three types of animation scales in your system: The Window animation scale, the Transition animation scale, and the Animator duration scale. All three of these scales control the animations that appear when you scroll through a page, open an app, or transition between different screens. You can guess from the names which option does what.

Animations take up resources. So, the bigger the value, the more work on your CPU and GPU. Obviously, if you want crisp, fast, and responsive animations, you’re going to beef up the animation scale. The visual experience will be better, but it will come with “a cost”. You’ll be sacrificing the performance.

Since today’s focus is to speed up your phone, you’ll probably want to downscale the animations or even disable them completely. Sure, scrolling and transitioning between screens will feel dull, but it will also appear quicker. Not to mention that this fixes UIs with questionable optimization, especially on budget devices.

How to disable (change) the animation scale in Android

To even access the animation settings, you need to have Developer Options enabled. If you already do, skip this step; if not, here’s how to enable Developer options in Android:

Now, that everything’s set. You’re ready to play with animations. Here’s how to do that: 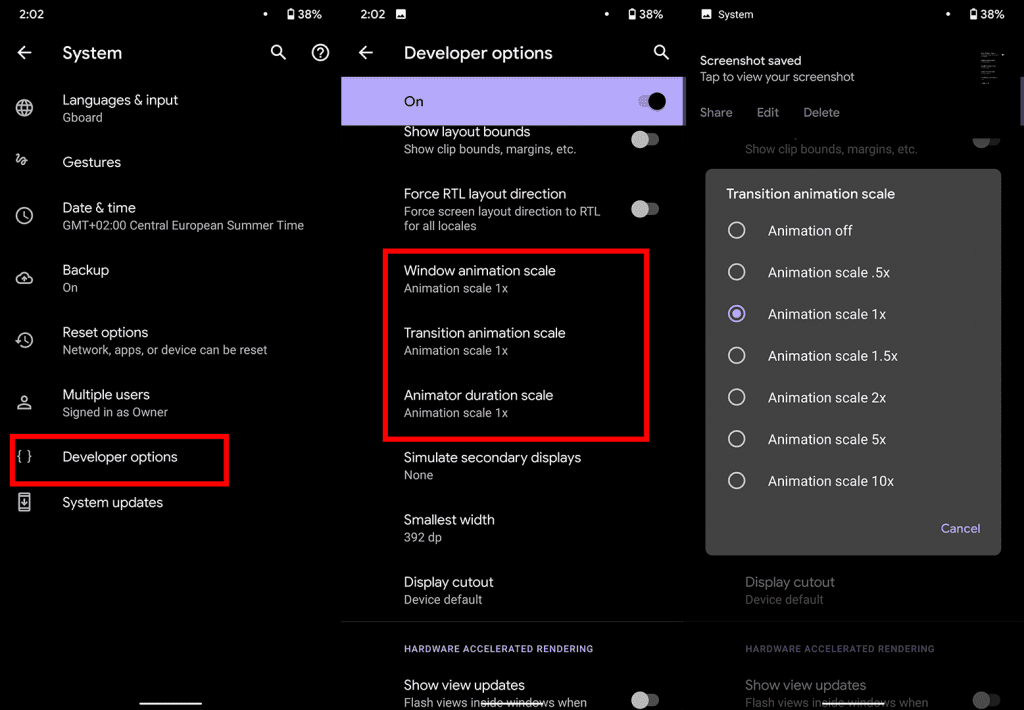 There you go, if you choose to scale down the animations, for example, to 0.5x or disable them completely, your phone should feel faster, but the transition between screens or scrolling might be a bit flat. It’s your choice between performance and aesthetics at the end of the day.

Do animations drain the battery?

Okay, you now know that smoother animations put some extra pressure on the CPU. But, does disabling animations also extend the battery life? Technically, yes. If you scale down the animations, your CPU will have one less operation to perform, and therefore will use less power. You can learn more about this in our article about CPU usage on Android.

However, when looking at the big picture, handling animations is an insignificant task, compared to other processes your CPU has to handle. So, even if disabling animations reduces battery usage, you probably won’t even notice any difference. If your battery drains fast, it’s not because of animations. Instead, try some other options to save battery on your Android phone. From the top of our heads, we can suggest disabling Bluetooth and NFC when not in use, disabling Mobile data always on in Developer options, lowering brightness manually, and reducing the refresh rate to 60HZ.

That’s about it. I hope this trick worked for you, and that your phone now at least feels faster and more responsive. If you still don’t see a difference in performance, you should probably go back and enable animations. Because it’s better to have a slow phone with smooth animations than a slow phone with no animations.

If you have any comments, questions or suggestions, just let us know in the comments below. Thank you for reading and feel free to check out our social media. We are currently on  Twitter or Facebook.

Editor’s note: This article was originally published in October 2019. We made sure to revamp it for freshness and accuracy.

11 thoughts on “Tip: Speed up your Android phone by tuning Animation Scale”