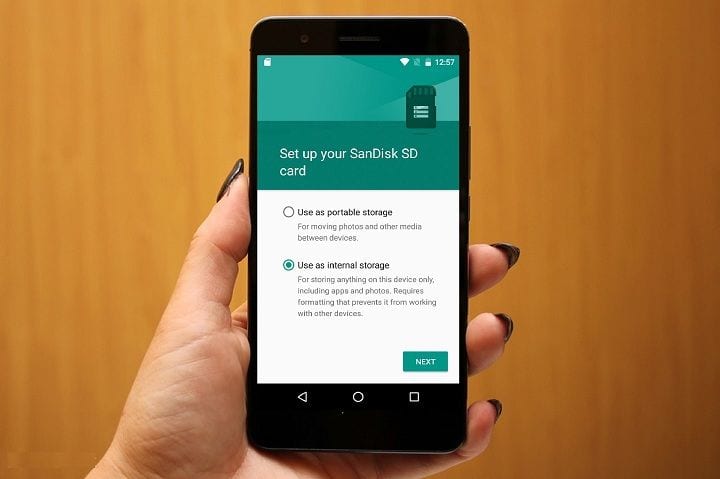 A few years ago, a 8 GB in the sense of internal memory was a huge number. SD cards were almost mandatory and maximum range went up to 32 GB of extra external storage memory. Nowadays, we have flagships that don’t support external storage or, their counterparts, that support cards that go up to 256 GB. Either way, things are simple: you need more storage space – you either buy a handset with enormous internal memory or extend the memory reach with the SD card.

The things got complicated when Google stopped once-favored practice to transfer or install apps directly to SD card. You can still store media files, but apps are just out of the way. Nonetheless, if you have an older device (pre-Marshmellow age) you should be able to store apps on your SD, too. Except when the things suddenly take a wrong turn.

For that purpose, we prepared a list of possible solutions for the problem with detailed explanations. If you have had a hard time transferring apps on your SD card, follow the instructions below.

After the introduction of Android Marshmallow 6.0, Google decided that app storing on external SD card just won’t cut it. Due to security and overall performance risks, they decided to exclude this feature. Now, if you’re still using Lolipop or even older Android versions, you can still do it. Of course, if the app and device in question support transfer to an external SD card.

In addition, don’t get tricked into thinking that, once the app is transferred or installed on SD, it won’t store any data in internal storage. It will and it should. No matter how fast SD cards nowadays are, they’re still slower than internal memory. So, in order to reach a full potential, major data files are always stored on internal, phone’s memory. Thus, their primary value lies in the preservation of media files, like photos, videos or music, rather than in storing complex applications.

But that goes only for external memory.

Check the health of SD card and format it

Now, if you’re certain that the device, your apps, and OS at hand support transferring to SD card, we can move from there. These are the main suspects for comparable issues:

Because of that, we advise you to export what ever you can from the SD card to your PC and reformat it. It’s of utmost importance to format SD card in phone/tablet. Follow the instructions below to reformat the SD card and, hopefully, resolve the issue at hand:

Now, if everything formerly mentioned is spot on, you should be able to transfer apps from the internal storage to the SD card.

Moreover, some users resolved the problem with the factory reset. Have in mind that this action will delete all your data, so make sure to back up everything before the start.

Once the major players like Google decide to make changes, you, as a user, have 2 options: to go with a flow or use older devices that are spared from changes but, consequently, lack some of the features. Yes, they decided to prevent apps-to-SD feature, but, at the same time, added something to mitigate changes. Namely, Android Marshmallow is the first Android OS that allows you to use an external SD card as internal storage.

There are some downsides, obviously, but, if you’re lacking storage space, this is a valid choice. It’s slower than integrated internal eMMC or UFC, so it’s not advisable to store demanding apps and games. One way or another, this is how to do it: 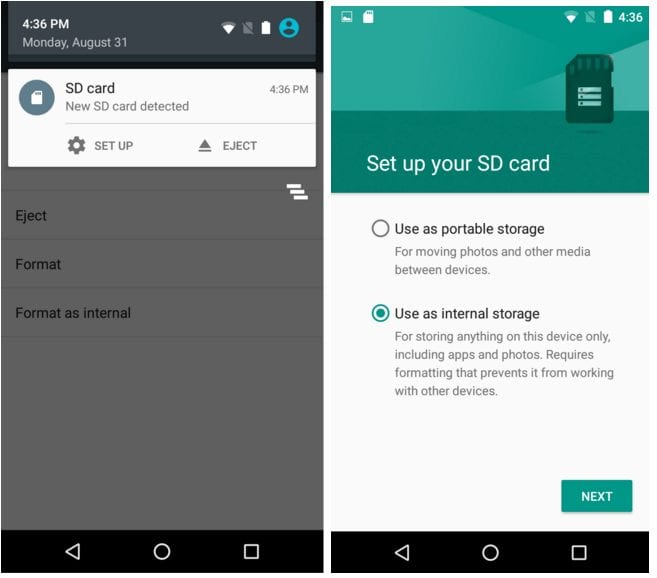 After that, your device will read the SD card as a part of internal storage.

That should conclude this article. In case you have questions or suggestions of any kind, we’ll be glad to hear from you in the comments below. Thanks for reading and have a good day.

Huawei Y7 P 2018 does not support format as internal storage. Can anyone confirm this?

I am using a Sony Xperia XZ1 Compact.
It doesn’t seems to support storing/moving apps into SD cards.
It doesn’t show the ‘use as portable’ / ‘use as imtermal’ storage set up at all. It straight jump to say the card is ready to use.

Alcatel 3L on Android 10 has no Change option that most of play store apps move to sd ask for. Alcatel does not give option to use as card as internal.