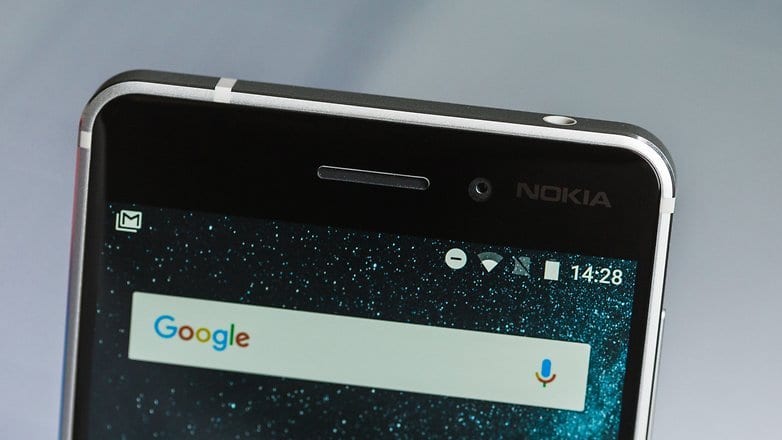 When Nokia sold their rights to Chinese HDM and they decided to enter the Android market, we expected the continuation of the decades-long legacy. And that’s what we got to some extent with Nokia 3, 5, 6, 7, and 8. Nokia 6 is the golden middle, a lower mid-range handset with rather solid specs. But, most of all, it comes with a clean Android and for a fair price.

However, the OEM’s lack of experience and subpar OS optimization led to numerous issues. Especially after Android Nougat handsets were upgraded to Oreo. That is the main reason they replaced this device with the AndroidOne Nokia 6.1 (Nokia 6 2018) as soon as possible. However, this doesn’t mean this is a bad phone. It just, like so many others, have certain isolated issues.

That’s why we brought to you all major issues and provided some viable solutions for every individual problem. In addition, you can find the walkthrough for more complex troubleshooting steps at the bottom of the article.

The whole breakthrough series of Nokia models (especially the mid-range Nokia 5 and Nokia 6) suffer from various sound issues. Some users report that the sound is low on quality (cracks all the time) and at the same time rather loud. Or barely hearable for others.

Lots of blame goes on Atmos Dolby surround sound and the lack of optimization on Oreo 8.0 and Oreo 8.1. Others have had a rather hard time hearing the other side when calling, as the in-call speaker was also providing a low-quality sound.

These particular issues were less prominent on Nougat and mostly appeared after the Oreo update. Nonetheless, we have a few steps you can try to fix this problem.

As the camera is one of the selling and distinguishing points, even for the mid-range or budget devices, Nokia seemingly fell short due to not-so-good software. And good software can take you far, with Pixel devices being a good example.

Maybe the expectations were too high, but the yellow tint and overall lackluster performance are quite troubling. Albeit, it can get fairly better with tweaking exposure and some other manual configuring. However, the pre-installed camera is still far behind the competition.

To make the things even worse, some users weren’t able to even open the camera app after the Oreo update. We have some steps you can try out to, primarily, make the camera work. After that, we enlisted some tweaks to make it work a tad better.

Overheating is another problem but, in comparison to some other devices, Nokia 6 and its aluminum body are quite deterrent to heat damage. On the other hand, high-temperature spikes are not something you should neglect.

The main reason for overheating, besides the heavy usage (gaming), is the 4G/Mobile Data in the low-coverage regions. Since the antenna over and over again tries to optimize the signal, the phone will consequently heat up, even in the idle mode.

In order to avoid a critical damage to handset’s hardware, we suggest following the steps we enlisted below.

Now, the unexpected battery drain after an update shouldn’t be a common occurrence on a stock Android device. However, some users are certain that the battery life and SoT dropped substantially after the Oreo 8.0 and Oreo 8.1 hit the deck.

This is especially visible in the latest iteration of Android Oreo, 8.1, where the 3000 mAh battery lasts a few hours less than before the update.

Besides the decreased battery life, more than a few users experienced slower charging sequence after an update. In order to increase the screen time and reduce battery drains, we can offer some solutions here.

Freezes and lags, followed by the app crashes, are also a commonly-reported problem for HDM’s Nokia 6. One would imagine that the clean Android on a handset with more than enough hardware power will perform without issues. Sadly, that doesn’t seem to be the case.

At least, the crashing of third-party apps can be allotted to those apps. But, the freezing and glitching when working in the background with mere system resources, shouldn’t be a thing at all. Not to mention a few reports where Nokia 6 went completely “dead” on some users.

Here are some steps you can try out in order to address these issues:

These issues are not as common as some other, but they are quite grave when occur. The affected users stated that they weren’t able to do anything with the navigation keys the handset completely froze. Even the hard reset wasn’t of much help. The lesser touchscreen issues concern bad multitouch experience and lack of precision on touch.

A fingerprint scanner is, seemingly, prone to issues as well. Some users stated that the recognition is the problem or the scanner is performing slower than before.

Try these steps to fix the Fingerprint reader on Nokia 6:

Connection-wise, Nokia had more to offer than their price-range competition. However, the wider support than some Chinese manufacturers (LTE) won’t take you too far if Mobile Data won’t work. To make the things even worse, some users have had a hard time using Wi-Fi, as the connection is either unstable or they can’t even connect.

These, as many other issues we put in this list, are particularly occurring after a system update. This doesn’t mean that some users haven’t had network issues on Nougat, of course.

Here are some solutions you can try in order to fix Mobile Data and Wireless issues, respectively:

We could’ve put this section under the Sound, as the majority of Bluetooth issues (at least the ones we got our hands on), refer to bad sound on Bluetooth headphones and speakers. The output is seemingly atrocious for so many of them.

However, there’s a minority which had a hard time connecting to other devices via Bluetooth after an update. Especially the in-cars media devices.

We enlisted some possible solutions below, so make sure to follow them through:

Finally, the last spot is reserved for a minor problem with certain SD cards. Some users weren’t able to set the SD card as a part of the internal storage.

Now, this might be the problem if the Micros SD card is too slow to be read as a internal storage. The best thing to do if the SD card won’t work on your Nokia 6 is to reformat it and use it as an external storage.

How to’s for Nokia 6

Press and hold the Power button and the Volume Up key until the device restarts.

With that, we can conclude this article. Hopefully, you’ve found it informative and helpful in resolving some issues. In addition, if you’re unable to resolve the problems with the troubleshooting steps we provided, make sure to take the device to service and use your warranty before problems grow even more.

Also, if you have any issues you want to add to our list or questions regarding the enlisted ones, feel free to post them. The comments section is just below.