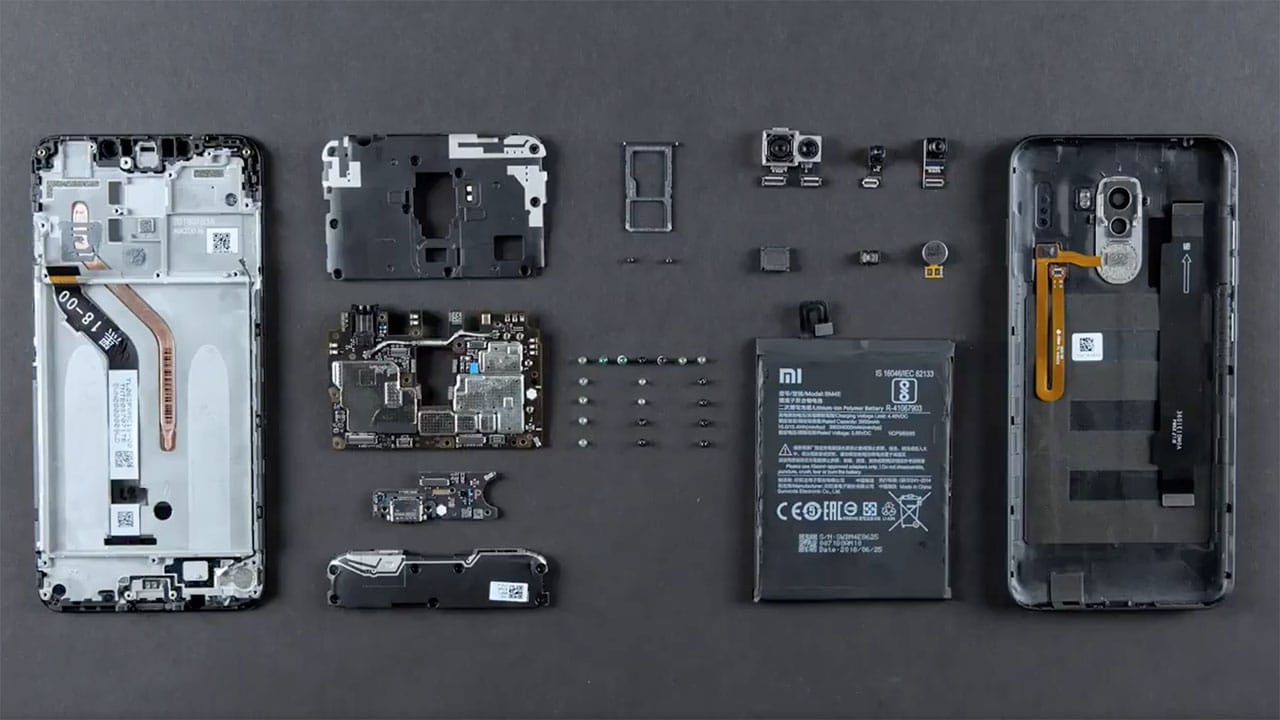 The global market is full of great but pricey devices. And not everyone can afford a device with the premium specs for 1000 or so bucks. That’s why the Pocophone F1 came as a surprise. A handset with the flagship CPU and all-around great specs for $300? Well, thanks to Xiaomi, this is a real thing. The Pocophone F1 packs a strong punch for a mid-range device.

But, after the initial well-deserved hype, some issues came to light. The most prominent ones concern the display, but there are more things which deserve a mention. That’s why we prepared a list of all common issues users reported. Will try and give you solutions for these issues, also. In addition, we’ll try to add additional issues or solutions as soon as they pop-up.

This is the first major problem users have run into. The Pocophone F1, like any other modern handset, supports a 10-fingers multitouch. However, it seems that’s not the case in practice. Users especially experienced the problem during gaming, in PUBG and similar games. Either the display touch panel was able to read only a single touch or there was a ghost touch. The latter means that display reactions come with a latency.

Also, the precision of the touch has shown rather lackluster results until today. These are serious problems, but there seems to be a software solution. Follow these steps to try and address the multitouch error on the Pocophone F1:

In comparison to multitouch issues, this is, sadly, a hardware problem. Namely, some users’ reports state that there’s a case of the LCD screen bleeding. The bottom part of the display panel illuminates and it seems that it’s badly placed.

Since this is a hardware issue on the isolated device, we strongly suggest asking for the replacement or a refund. A repair is also an option, but we advise against it. Just ask for a replacement.

Bad adaptive sensor readings are hardly a novelty for Xiaomi. The Adaptive brightness is a universal feature which automatically sets the brightness based upon the ambient light. As some users stated, this feature is rather erratic on the Poco F1, as the sensor frequently misses the optimal brightness levels. And the brightness either gets too low or too high, respectively.

Now, this can be resolved by some software patches. But, for the time being, until it’s sorted out, we suggest disabling the Automatic brightness and tweaking the display brightness by hand.

Here’s how to do it:

In addition, you can use a third-party app as the main regulator of the ambient brightness sensor.

This is not a problem per se. This is, sadly, an overlooked option due to a notch status optimization. Users are neither able to see the notification icons in the status bar nor the battery percentage. Until they swipe down the Control center. This is frequently mentioned on various forums, but we suggest sharing your concerns on the official forum, here.

That way the developers will be able to tweak this and make changes before the next system update comes out.

The Poco F1 comes with a 4000 mAh battery which provides a rather good SoT (Screen-On-Time). However, some users are suspicious about the idle drainage overnight. Namely, some of them lost up to 20% of the battery overnight. While the phone was completely idle.

To make a better in-depth checkup with an advanced tool which requires flashed ROM. In order to avoid all that fuzz, we’ll hit you up with some general troubleshooting steps. Make sure to try them out and the battery life should get back to normal. Here are the steps:

It’s unexpected for a device with a Snapdragon 845 to have any visible lags, but that’s where the software comes into play. The reported problems include keyboard delay and lag, and not-so-fluid behavior when scrolling through the app drawer or recent apps.

These can be assigned to the multitouch problem as well, but we still suggest some software-related troubleshooting steps. Just in case. Here’s what you need to do:

There’s a good reason why a lot of knowledgeable users try to port the Google Cam on lots of Xiaomi devices. The hardware isn’t bad for the price tag, but the software optimization often lacks some depth. For example, the photos a rear camera makes are too warm in comparison to some other similar models. Also, the portrait mode isn’t exactly good. Luckily, the developer promised fixes in the upcoming updates.

Besides that, some users reported crashes and blue dots in the camera interface. This isn’t something serious and can be dealt with the following steps:

Good microphone performance is of the utmost importance. Most of the users are satisfied with the mic sound input the Poco F1 makes. However, some of them had various problems with sound distortion while talking on the phone.

Here’s how to address some of the microphone issues on Poco F1:

In comparison to some other entries on this list, this is quite a prominent problem. Lots of sound issues appeared while gaming and on the 3.5-inch headphones, but even the built-in speakers are either too low on volume or too loud. In addition, there’s a metallic, muffled and distorted sound output bothering some users.

These are already being worked on by the developers, as we find out on the official support forum. However, until the finite resolution comes, you can try some of these steps to resolve sound issues in Pocophone F1:

With Pocophone F1, Xiaomi went a step further in the biometric security measures with the implementation of IR scanning for a more advanced Face unlock. In addition, there’s also a good old fingerprint reader, which is, just like all other Xiaomi handsets, quite fast. But, users have had some issues with one or another, as the setup and usage are not as seamless as advertised.

Of course, these are isolated cases, but we still advise contacting the support. But, before that, give a try to these workarounds before sending your device for a replacement:

Android Auto is an important piece of the Android ecosystem and an irreplaceable feature for lots of users who value Android features on their car’s board computer. Especially Maps, Waze, calls, and multimedia playback. However, it seems that some users weren’t able to connect and configure Android Auto when pairing the car system and the Pocophone F1.

This can be a dealbreaker for so many users which chose the Pocophone F1 as their daily driver. Nonetheless, until the official patch addresses this, you can try these steps and, hopefully, make it work:

Finally, we have mentioned a system update as a viable solution for many aches the Pocaphone F1 has. However, it’s hard to resolve software issues if you’re unable to download updates in the first place.

There are a dozen reports about update errors. Some say that they have available updates while others haven’t got a single update notification. Either way, here are some steps you can try out to get the latest update for the Poco F1:

With that said, we can conclude this article. In case you have any problems we forgot about, suggestions, or alternative solutions make sure to tell us in the comments section below.

Found that my pocophone F1 can’t connect to my JBL Charge3 via bluetooth, could you fix it? Thanks

I have this same problem with JBL GO2.

My Pocophone has GPS issues. Takes forever to locate GPS in Waze or Google Maps. Any known fixes? Thanks.

Go to Settings>addidtional settings>privacy>location and set the location mode to ‘High Accuracy’ .By default, this option is set to ‘Battery Saver’

I bought poco f1 before 3 month and they give
Mi 11 update after that sound bug in phone, if sound came from left side, left side phone didn’t gives the sound both side of the headphone give the sound . I used both wired and wireless
I checked 8D sound, the sound will moving from one side to another side in another phone but in my phone the sound will produce both side at the same time

I am having a problem everytime i try to hear a whatsup voice note througt the built in earpiece ..the sound is verry bad and i barely can hear and understand…. And after i reopen the same voice wih the loudspeaket the sound is normal ( during the call regular or whatsup i dont face any problems with the builtin earpiece)
Any help?

My poco is plying wrong side sound..i mean left earphone is playing right side sound and right is plying left side sound..totally different ..mono audio is off…plz some one help me

I just bought a new pocophone .. and after a day of using, it’s just turned off while battery charged nearly (88%) and I tried to boot it up but there’s no response, I tried even to hard rese it by (volume button down + power button) but also still same, plz if any one could tell me it’s a manufactory’s error or other else?

Hi, on ny pocophone when someone is calling me the screen does not show or having a notification that they are caling me nor ringtone it like i cant recieve a call and that person calling me tolf me my phone is ringing had test to call using my wifes phone and found out this issue checked blocking is off for any kinds of calls permissions on call or dialer all is blue and had to make sure also if it is the sim card and transfered it to another old phone i have an calls are going through i… Read more »