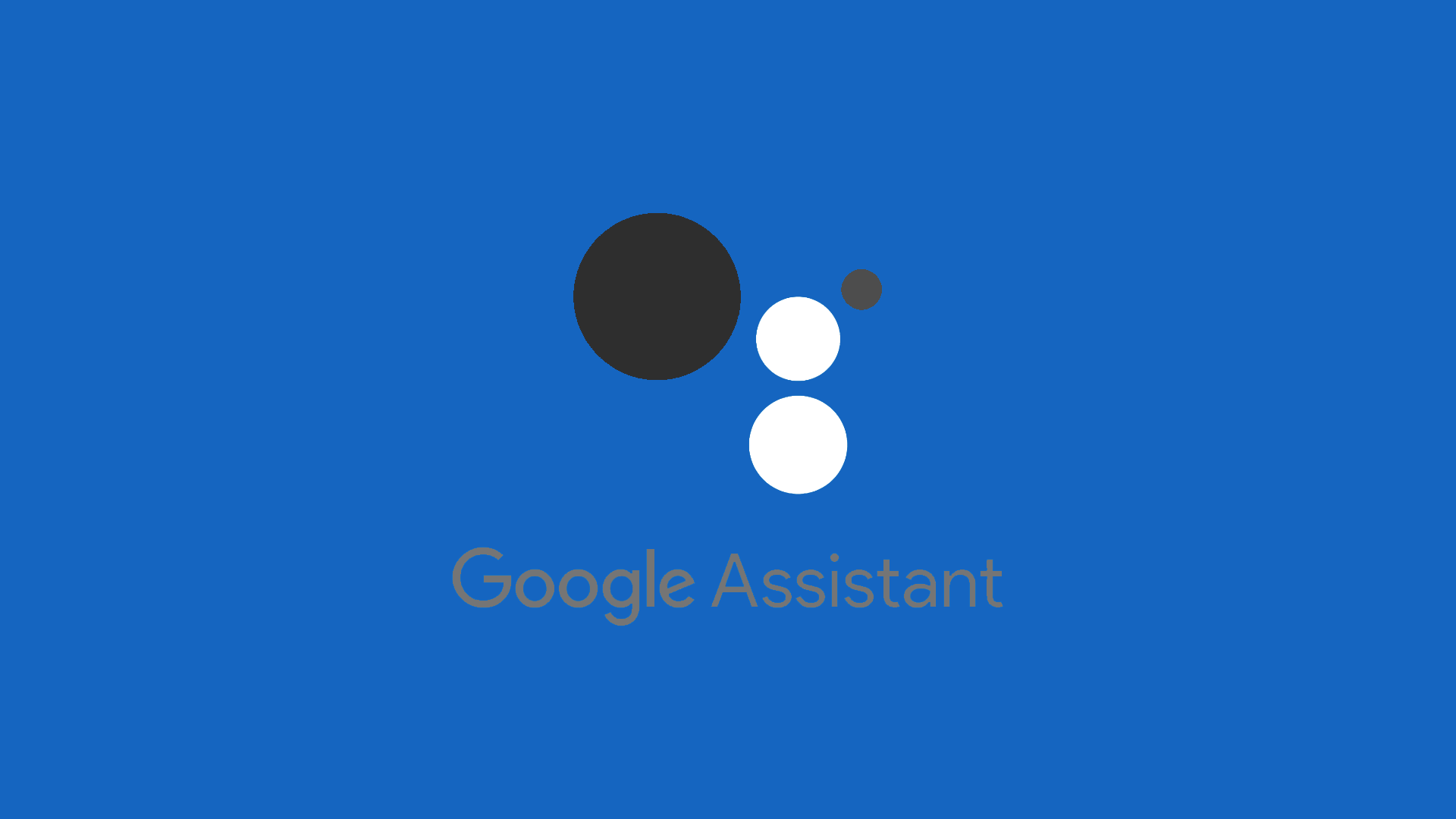 Sure, keeping Google Assistant on all the time is not exactly great for your privacy and security. It puts you at constant risk of someone else unlocking your phone just by imitating your voice. They just have to say “OK, Google” when the screen is off and, voila, they have full access to your device.

But being able to activate Google Assistant at any time is so convenient. People are so used to communicating with their phones while their hands are busy that they don’t mind any security risks. And even though turning on the screen is a small extra step, it’s still an extra step.

So, unlocking your phone with the screen off should be as easy as saying “OK Google”, right? Wrong! It’s much more complicated than that. At least for some people. Because not all phones are created equal, and not all phones are supposed to allow you to unlock them with your voice.

If you’re lucky enough to own a device that natively supports the voice unlock, the configuration process is as simple as it gets. You just need to enable the option to unlock your screen with Voice Match, and that’s it. But if your phone doesn’t support this feature, you can’t really use Google Assistant with the screen-off the “right way”.

But which phones support this by default? Well, that’s hard to tell. Google’s own Pixel devices should have this feature, as well as some older Nexus phones, but I also managed to get it working on my Pocophone F1 without any shenanigans. You can also find various reports on the forums saying which phone supports it and which doesn’t. And Google not releasing the official statement also doesn’t help.

So, the only way to know if your phone supports OK Google when the screen is off is by checking the assistant settings. If you find the Unlock with Voice Match option in the settings, your phone supports this feature. If not, I’m sorry, but you’ll have to settle for other options.

For all you lucky ones who own a device that supports unlocking with Voice match, setting up this feature is straightforward. Here’s what you need to do:

That’s it. Now Google Assistant will listen all the time, even if the screen is off, and you’ll be able to unlock your phone with a simple voice command.

But if you don’t see this option, there’s no ‘real’ way around it. So, if you really want to use Google Assistant when the screen is off, try some alternatives (if we can call them that) below. But keep in mind, these are far less convenient.

If you’re really want to use Google Assistant with the screen off, there’s one unusual, less convenient solution that actually works. Android Auto allows you to use Assistant everywhere; it just needs to be running in the background all the time.

If you don’t have Android Auto pre-installed on your device, head over to the Play Store, and install it. Just set it up by allowing a few permissions and agreeing to a few terms, and you’re good to go.

As Android Auto is integrated with Google Assistant, and you shouldn’t be using your phone while driving, it allows you to interact with your device even when the screen is off. So, as long as you keep Android Auto running in the background, you’re covered.

The fact that Google Assistant is running through Android Auto doesn’t limit it one bit. You can still use all the commands and ask everything, not just for information about your “trip”.

The drawbacks are obvious here. First, the battery will drain faster with Android Auto running in the background. Then, Android Auto and Maps notifications will take a huge chunk of the notification drawer. And finally, you won’t be able to use Google Maps to the fullest. 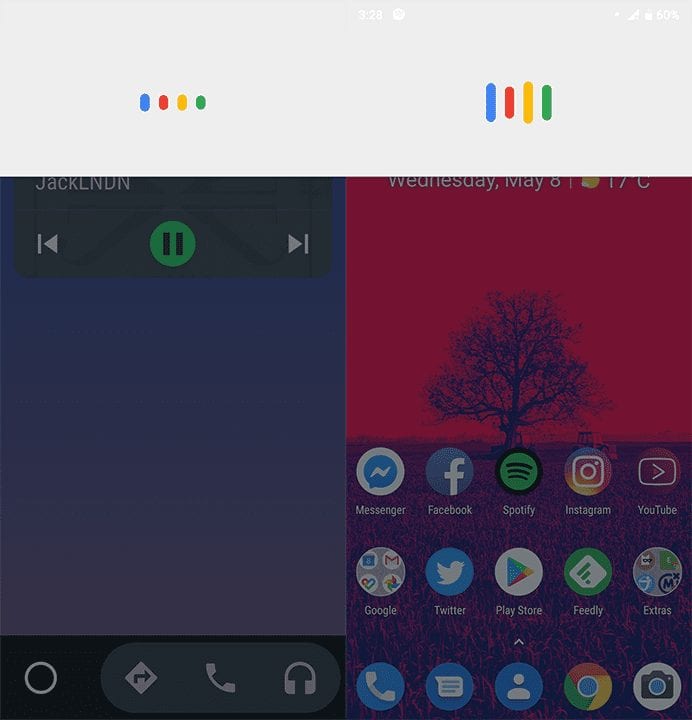 You can tweak all this to some degree, in order to make Android Auto in the background as imperceptible as possible.

Although you can’t eliminate the battery drain completely, you can at least reduce it by optimizing Android Auto. Here’s how to do that:

Now that the battery usage is (to some degree) optimized, let’s declutter the notifications clutter. Pull down the notification drawer, and you’ll notice that Android Auto occupies more than half of the screen. Tap and hold each notification and choose Minimize. This will significantly reduce the space used by Android Auto notifications. They’ll still be there, but at least they won’t be as distracting. 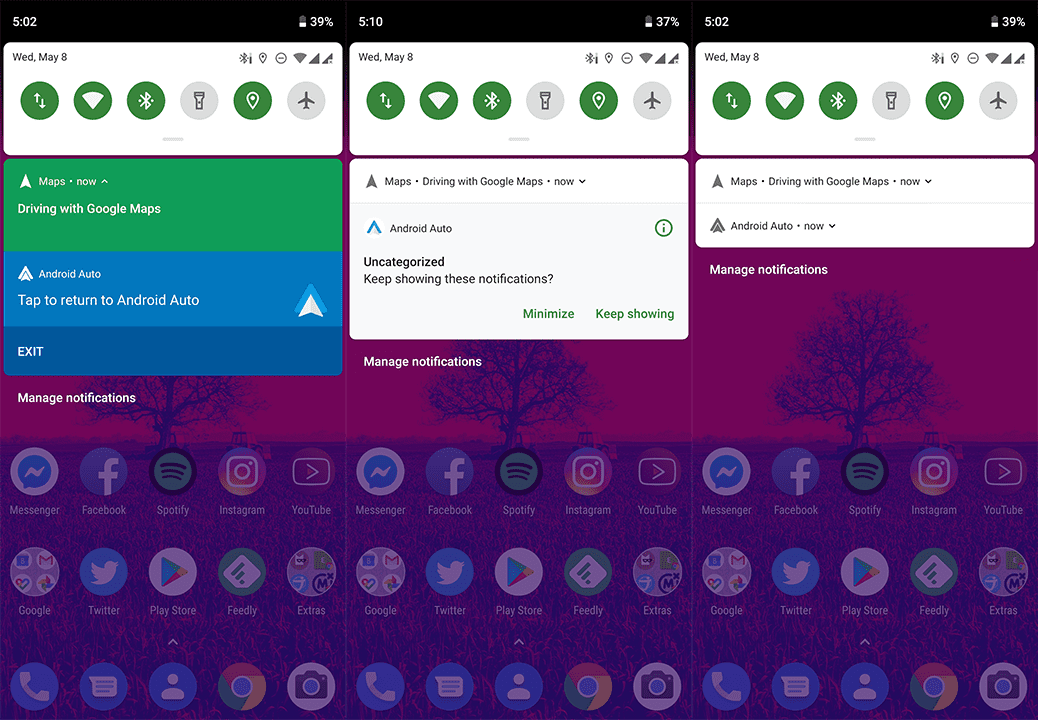 For Google Maps, it will constantly run in car mode. You won’t be able to get walking routes, commute info, and other stuff. So, if you’re, for example, on a vacation, exploring a foreign city on foot, I recommend turning off Android Auto.

All wired and wireless Bluetooth headphones/earbuds support Google Assistant these days. This means you can use your Bluetooth earbuds to wake up Google Assistant at any time. While it’s not as convenient as speaking directly to your phone, it’s still better to take it out of your pocket every time you need to check the weather forecast.

In case your phone doesn’t support your earbuds’ hotkey out of the box, you need to allow it to interact with Google Assistant when the screen is off. Here’s how to do that:

You’re not supposed to do this anymore

After all of this, you may ask why aren’t Google and OEMs in general happy about this feature? Well, the reason you’re not allowed to use your voice for unlocking your phone is strictly security-related. As I said above, voice unlock is probably the weakest security measure you can have on your phone, because it’s very gullible.

Anyone can try to imitate your voice. While the phone won’t unlock 9 times out of 10, it could be the 10th time. Despite all the efforts and recent big improvements, the voice-recognition technology is simply not advanced enough to distinguish your voice from others with 100% accuracy.

Because of that, Google decided to limit this feature for your own sake. And that makes sense, especially in the age when everybody is concerned about their privacy and online security. They went even a step further and now you can only trigger the Assistant and see personal results (if you choose to), but unlocking the device with the voice match is not an option anymore.

Users might still object. And I’m with them. Android is Android because of the freedom it provides. People should be able to do what they want, even if it means sacrificing a little privacy. After all, no one is completely safe on the internet today. So, why don’t give them a choice? Don’t forget to check our  Twitter or Facebook pages for more insights on Android and iOS.

Editor’s note: This article was originally published in May 2019. We made sure to revamp it for freshness and accuracy.

This is the only topic I found explaining exactly what I wanted to know (What makes some phones able to wakeup from screen off with Google assistant command and few are NOT). Thanks! After a tedious search for days

What I dont understand is why can Google assist always respond in the lock screen but won’t respond at all when the screen is off? Doesn’t make any sense. Where is the safety in that? Anyone can open the blank closed screen by hand in order to get to the locked screen to use Google assist if I set it up to “always open in lock screen” I used to call my phone “okay google” in order to find where in the house , purse, car etc. I placed it. If I have to hold it in my hand to… Read more »

If you want to make it a little more secure change the regular OK Google or hey Google unlock phrase to something that people wouldn’t normally think of using like listen up Google that way even if they do mimic your voice they won’t know the exact phrase you need to say to make it happen. you can change this when you record your voice for the unlock phone function

Android Auto looks like a nice option, however on my Lenovo P2 it only runs in the foreground, any attempt at putting it in the background closes it…so it sort of defeats the purpose ! I must be missing something obvious ? Thanks !

I simply think that both security/privacy and easy of use must be possible and it is easy doing that: the phone must have a simple button to disable the mic and the same for the camera. If I am at home and I am secure using it I can enable google assistant to work even if screen is off answering at OK Google or Hey Google voice command When I am outside and it is not enough secure I can disable Hey Google to answer and it will work with the touch… Very easy to solve It is also possible… Read more »