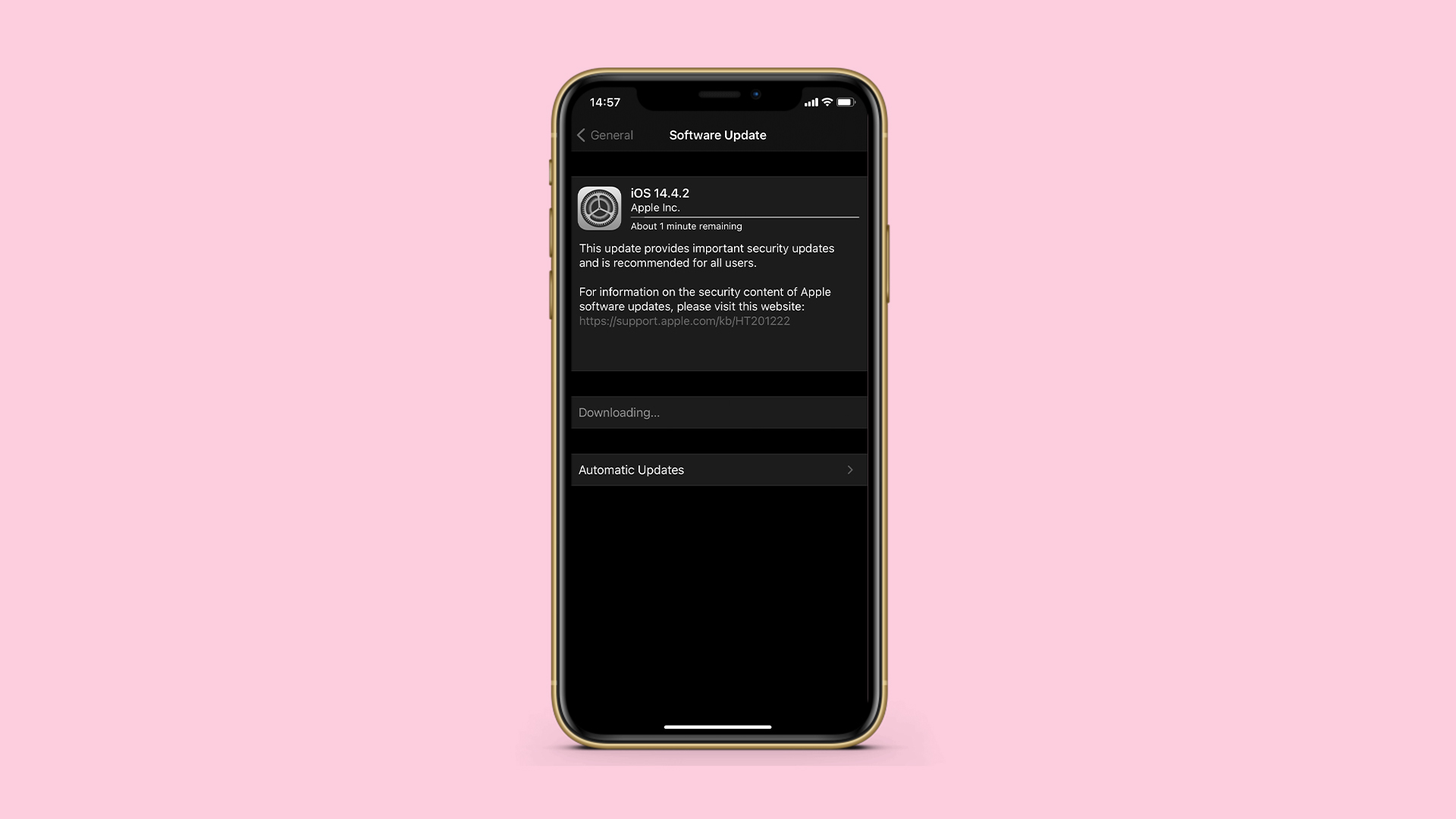 iOS 14.4.2 become available to iPhone users around the world a couple of days ago. Just like the previous release, this is a security update that both addresses web content site scripting exploit and prepares for iOS 14.5 that should come soon. With that in mind, we made sure to check for the most reported problems that appeared after the update and list them below.

If we skipped something, make sure to share your experience so we can add it to the list.

It seems that this is becoming a regular problem for some users with every new update. Namely, just as with the previous incremental release, some users are having a hard time installing iOS 14.4.2 on their iPhones. Here’s what one user posted on the Official Apple Community Forum:

“My iOS 14.4.2 update isn’t going well … seems to be stuck on Apple Logo for the last half hour. Anyone else experiencing issues with this update?”

As you can see, this particular user managed to download and install the update but, after the device restart to apply changes, it won’t get past the Apple logo screen.

We can only suggest forcing restart and trying to re-administer the update.

One user concisely described the issue at hand:

“After updating to iOS 14.4.2 my SIM card is no longer recognised by my device.”

Some replies suggest restarting your device and check cellular settings. If that doesn’t help, consider resetting All Settings.

Strangely enough, some users are even experiencing issues with headphones volume of all things. It seems headphones are too low even on the highest volume settings.

Here’s a report of an iPhone 7 user on the official Apple Community forum:

“iPhone 7 – after update iOS 14.4.2 headphone volume is very low… but from the phone speaker the volume is normal.. how to solve this issue …”

It seems that the device is lowering the volume on its own, but we are not sure how to deal with it at this point.

Another problem that seemingly started after the update is battery draining. Based on reports, the issue is prominent on the latest and greatest in Apple’s iPhone lineup, the iPhone 12 Pro Max.

Here’s what an iPhone 12 Pro Max user had to say about this:

“I updated my iOS to version 14.4.2 last evening. Today I charged my device to 87% (from 50) and removed it off the charger. Within a two hour span my battery drained to 51% while using OneNote. Additionally, my phone gave off quite a bit of heat during this time. So much so that I had to put my phone down out of concern and discomfort. I know this can’t be normal. Are there any recommendations for fixing this issue? My mind immediately goes to downgrading the software, however 14.4.2 is a security patch, so I’m reluctant to attempt installing 14.4.1.”

As the user noticed, downgrading to 14.4.1 won’t benefit you as, considering everything, iOS 14.4.2 is just an incremental security update. However, you can try limiting the background activity of certain apps and look for improvements. Chances are that a certain app is depleting your battery.

And, finally, some users have had a hard time with Wi-Fi after updating to iOS 14.4.2. While some of them reported dropped Wi-Fi calls, others are unable to connect to a 5 GHz Wi-Fi for some reason.

One user is experiencing this issue starting with iOS 14.4.1, but it seemingly persists on the latest iteration of iOS 14. They made sure to explain what’s exactly bothering them:

I am using iP 11 Pro and the most important thing about this case it STARTED OCCURING after update iOS 14.4.1. Before everything worked fine.

So the problem is simple. Randomly during the day my internet is not working although I am connected to home WiFi all the time, router is near, signal is perfect. There are no issues with router, other phones and laptops are connected too. Internet connection is back after ~3 minutes by itself, or I can speed it up by turning WiFi off and on again. It is extremely annoying because it happens several times a day.

Now, updating didn’t help. Nothing strange considering iOS 14.4.2 is just a security patch and not a feature or fix update. We recommend checking this article in order to learn more about troubleshooting Wi-Fi issues on your iPhone.

That should conclude our list of most commonly-reported issues on iOS 14.4.2. What’s your experience with this update? Is there anything else out of order? Make sure to tell us in the comments section below.

You skip over the battery drain issue with 14.4.2 with no proper advice as to how to fix it. I have an iPhone se 2016. I have exactly the same issue ie: charge battery fully, leave overnight, in the morning battery level down to 50%. Leave another 2 hours with only background activity- now Down to 1%. Has been at 1% for the last 4 hours. This battery issue only started AFTER installing 14.4.2. Battery has 90% health and was no problem before, lasting about 2 days before recharge. Now I’m lucky to get 12 hours. There are many post… Read more »

Several issues on my iPad Pro after 14.4.2 update. Battery draining, freeze up, not charging when it says it’s charging, too long a wait when powering on.
PLEASE RESOLVE WITH A NEW UPDATE SOON.

How long does last with only 1% before switching itself off?

I just lost the mobile service again on me SE1 the second time after updating…. hard reset did not work

my Iphone7 is facing problems with recording voice notes and calls, when I ever I call someone they can’t hear me and I can’t hear them, and Siri is not responding