Last year’s Pixel 4 event was a peculiar one. Many experts and users agree that Google didn’t exactly hit the jackpot with its new line of Pixel devices. The Pixel 4 and 4 XL don’t have the best battery in the industry, rock a questionable design, and preach Google’s stand that an ultra-wide camera lens is overrated.

To even the scales, Google also released a little something that most people will agree is a useful feature. A voice-recording app. Now, can one app make up for all the questionable decisions? That’s up to you to decide, and is not a topic of this article. 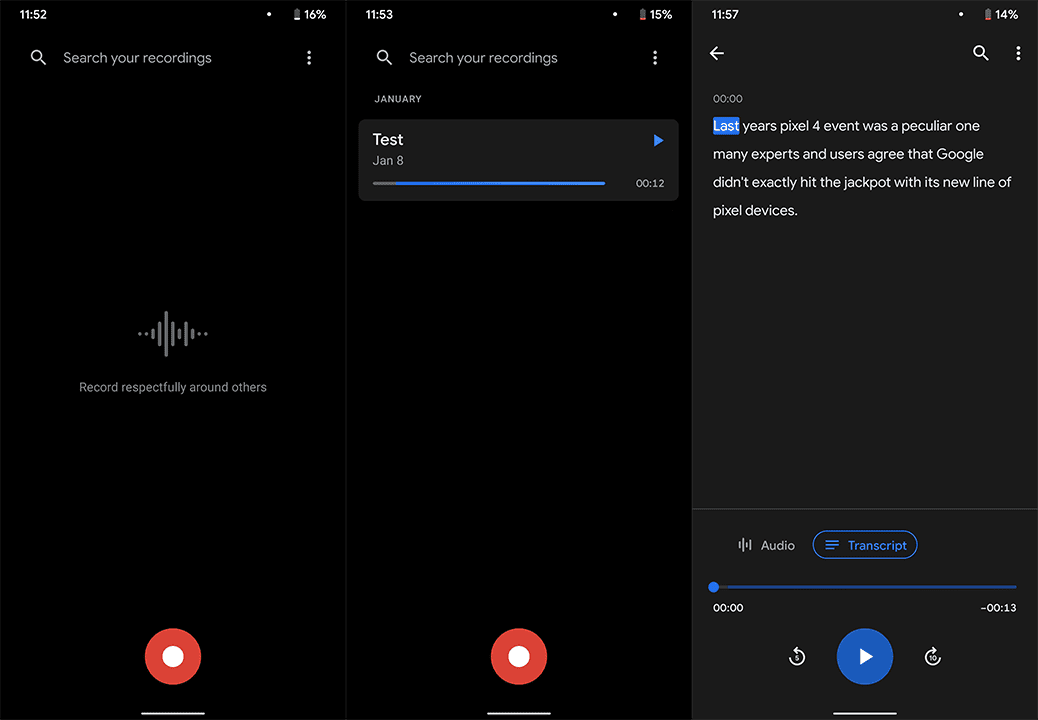 As you probably know, Google’s Recorder is exclusive to Pixel devices (except Pixel 1). And you can’t use it on any other Android phone. That’s a shame because the app is quite well-made and practical. And if they had a chance, I’m sure many users of non-Pixel devices would also consider using it.

But here’s the thing: using Google’s Recorder app on non-Pixel devices is actually possible! You just can’t install it the traditional way.

As it turns out, Google released an official APK file of the Recorder app, and it’s available for download for free. The only downside is that it’s not the latest version, but all the signature features (recording and transcribing) are there.

But that’s not all! Mishaal Rahman of XDA Developers modified the latest version of the app, and shared it with everyone. So, props to him and the whole XDA team for always breaking the barriers to ensure users can have the best possible experience using their Android phones.

How to download and install Recorder on your Android device

Long story short, in order to use the Recorder app on your phone, all you need to do is to download and install the APK.

However, there are still a few “requirements” you’ll have to meet in order to run the app without any problems. For example, the app doesn’t work on Xiaomi devices running MIUI 10 or MIUI 11, although there are reports of Recording working on Android One devices, like the Xiaomi MI A3.

Here’s the list of phones/manufacturers that can run the Recorder app:

The app partially functions (the recording works, but the app fails to transcribe speech) on the following devices:

As I mentioned above, you can download both an official or modified version of the app, and it shouldn’t cause you any problems as long as you’re using a phone from the list above.

Make sure to tell us about your experience using Google’s Recorder app on your phone. Do you have any problems with it? Or does it run as smooth as on a Pixel device? Let us know in the comments below.