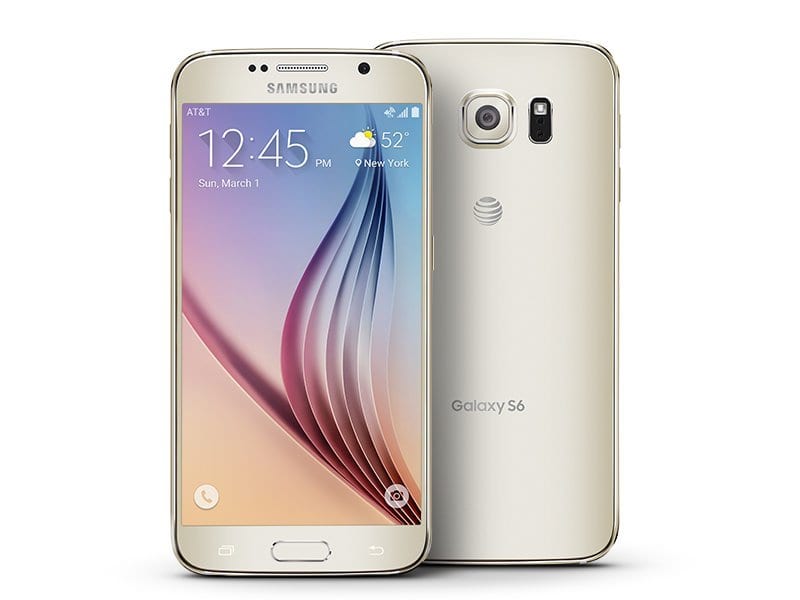 For a lot of Android users around the globe lies the dilemma: older flagship or brand new mid-budget. If you ask us, we are cheering on the side of the older flagship devices.

For example, Samsung Galaxy S6. Amazing device, great design, sleek but occasionally erratic TouchWiz, stunning camera. What more you would expect from an Android smartphone? Well, lack of the timely and functioning software updates may come in question, but only because that’s a general problem with Samsung and not an individual handset issue.

So, recently, users of S6 received the Nougat via OTA update. And then the hell broke loose. Many of them reported a lot of issues and today we provided a list of most common issues and possible workarounds for each individual reported the problem. If you have a hard time with your S6 after an update, make sure to check the list below.

We had to start with the essential feature that some users reported as broken. Well, imagine that you own an amazing feature-rich device but, there’s a little negligible problem: you can’t answer your calls. That happened to some users. The phone is ringing but nothing is shown on the screen. This is how one user explained the problem:

There’s an alternative, but the only permanent solution is a factory reset. At least, if you want to answer to your calls like you used to before the Nougat update. For an alternative solution, you can navigate to Settings > Accessibility > Answering and end calls > and enable “Answer calls by pressing the home key”.

However, you can perform a factory reset and have a good chance of resolving this issue. This is how to do it:

Your device will restart and you should be able to answer calls just like before an update.

Even the fundamental connectivity was struck down for some users. Namely, some of them reported that they were unable to connect to both home or public networks after the update. One user offered a concise description of the problem at hand:

”Got the new Android upday today (I have an  S6) and tonight I couldn’t connect to a public Wi-Fi network.  How do i fix this?  I had no issues connecting before the update.”

These are some steps you should take in order to address the Wi-Fi issues:

If the problem is still there, make sure to address the issue to your carrier support center.

It seems that some of the native camera features are gone with the latest update. Allegedly, after the update, some users lost filters that were available on the previous Android version. This is how one user described his/her concerns regarding the subject:

”I’ve only had my phone running for a day with the latest update, but the grayscale camera filter seems to be MIA and the low light resolution is sub par now. I always found the grayscale filter to give better photos in low light, so even though I can edit a color photo to make it grey…it’s not at all the same. I don’t see grayscale as an option for a filter to download, but has anyone else run into this and found a solution?”

As you would imagine, there isn’t a practical workaround for this. However, you can use an alternative app before the next system update to utilize your camera’s full potential with all the needed features.

Another key feature (no pun intended) is broken for some users. Namely, the Power and Home keys are unresponsive for some users periodically after the update rollout. This is how one S6 owner explained his problem and the way her/he resolved it:

”After the Nougat update my power button intermittently stopped working, i.e. unable to turn screen on or if it is on, turn it off. Holding it down does nothing. After charging it for a bit, the problem seemed to go away. It was over 60% charged when I noticed the problem. Similarly, the home button either did nothing or opened Google assistant (did not hold the button, simply tapped it). I powered off and on. I cleared the cache. Yet the problem still persisted. For NOW, it seems to have returned to working normally. Only thing I did was let it charge for about 30 minutes during a car ride. There is something unstable in the code.’‘

As you can see, this issue is somehow resolved by charging. On the other hand, if this strange occurrence is still there after a while, you should perform the factory reset.

Battery drains aren’t exactly a novelty for Samsung updates. After the S7 and S7 Edge battery issues, the battery life is substantially decreased on S6, as well. One user shared a thorough explanation behind this issue:

”I’ve had my Samsung Galaxy S6 for around 16 months now. It seems like over the past 3-4 months the battery life has gotten worse, I’ve experienced a weird problem a few times too. Today, I was surprised look at my phone and see that the battery life was much lower than it should have been, since I had not been using my phone, it had just been in my pocket. Looking at the battery life chart in settings confirmed that there was a sudden drop in battery life a couple hours ago.”

As you can see for yourself, sudden drops of battery percentage are not uncommon after the update. However, you can perform a few tweaks to improve your battery life and those can be found in this article.

Wireless charging is also impacted by the update. Some users reported that they’re unable to charge their devices with wireless chargers as soon as the system updated. One user summarized the problem this way:

”Is anyone else having a problem with wireless charging after Nougat update? I keep my wireless charger on my desk at work. I did my update and then left. Came in the next day and the wireless isnt charging. Its not the charger because someone with an S7 and S8 have both tested it and they can charge on it. Any one else having this problem ?”

If you’re certain that the wireless charger is functional, you can wipe the cache partition and, if that’s not of any use, restore the factory settings.

Now, this is a dealbreaker for most of the users. Once they’ve installed the Nougat update, their respective devices get stuck on the welcome screen or the random resets started. One user presented the problem he has to cope with after the update:

”Hi, I tried to update my firmware with the new Nougat upgrade last night. When I retrieved my phone this morning, it was frozen on the Verizon screen. I tried all of the tricks: rebooting the system, rebooting to bootloader, wiping the cache partition, and even doing a hard factory reset. Nothing has worked – not even the factory reset! It still freezes on the Verizon screen. Any advice for a self fix before I take it to a repair shop? Thanks!”

It seems that there’s no solution at the moment, at least not the one that can be performed by users themselves. So, if you’ve experienced similar issues, make sure to take your device to a service center.

This issue is not as much connected to a voicemail as it is an interface bug that causes the message playback to stop after the phone is close to your ear. It seems that the sensor bug affects the voicemail playback. Here is the description of the problem provided by one user:

Until now, the 3 workarounds proven as the best-suited for the job.

But, for most of the users, the problem is still there. So, we should expect some fixes in the upcoming app and system versions.

At the end, it’s important to say that some of these may be the isolated cases and the Nougat update work’s as intended on your Samsung handset. However, there’s also a possibility that we missed some of the issues, so you’re welcome to share them in the comments section.

Either way, we certainly hope that the Samsung and the carriers will work their way out of this in the next update that’s at the moment in the beta stage.

Hi. I had all but given up trying to find s solution to the problems i have had since the 7.0 upgrade. Im in Australia, so not sure where you guy’s are or if the upgrades were rolled out the same way. Ill try keep this brief as possible. I have, or did have, a galaxy s6 and loved it. Turned it on on one morning to find it in the process of an update, later to find out that it was a forced upgrade to the 7.0. Immediately all the problems started. it was stuck in a constant boot… Read more »

The advice like “factory reset is best shot” is piece of s#!t, not an advice.

Hi There,
I’m having issues with game apps. I play games like Cookie Jam and Farm Heroes and mid-play the app just goes black… most times it eventually comes back to life, sometimes I have to shut the app down. I also have issues with Amber Alerts… the alert buzzes which is fine but sometimes, the buzz continues even if I hit the X key to close the message. Any idea if they are looking at all the issues noted above?
Appreciate forums like this to vent and get advice 🙂

I don’t have those issues. Two days ago my s6 edge got destroyed by google assistant. The assistant started turning it self on by it self, now it turns on the camera too. I turned it off following online instructions I found and its still turning on. My home button is dead most of the day but the sensor is working. Lock button sometimes works, sometimes don’t. When apps and cam start turning off and on , I have to wait for the battery to go 0% for the phone to turn off so that I can charge it and… Read more »

Since Nougat update i have lost the function for my phone to ring or change ringing volume via bluetooth when connected to my b9 audi a4. When trying to correct it i get the message “phone does not suport this function” tried deleting and re connecting several times. No change. Any proposals?

Since the May update, I can’t record video on my S6 without audio issues, mainly crackling noise and distorted audio. I’ve tried various suggestions to rectify the issue, but nothing works. Is there anything I can do?

I have an ATT S6 Edge Plus. Loved it for over a year… After the recent nougat update, I’ve had terrible connectivity issues. Anything that transmits basically. Wifi, 4g, data… text messages just spin in limbo, phone signals are poor, and regular data… where I used to be strong, is non-existant. Was in a waiting room looking atound at everyone happily scrolling through facebook, messaging, watching vids… and mine says “offline”… what happened? Also… while texting… text locks up and I have to wait for it to catch up… then can continue texting. Frustrating.

I am using a S6 SM-G920V originally from Verizon unlocked After 7.0 update every time I boot phone it says searching for service & can’t receive calls or texts unless I dial any number first. I changed to a new sim card & that not fixed it. I tried a non activated AT&T & Tracfone sim & a non activated Verizon sim & it says the carrier like it should. Once you activate it the problem exists again. Using a non Verizon sim says this is not a Verizon phone which is annoying but can’t disable that. GPS not work… Read more »