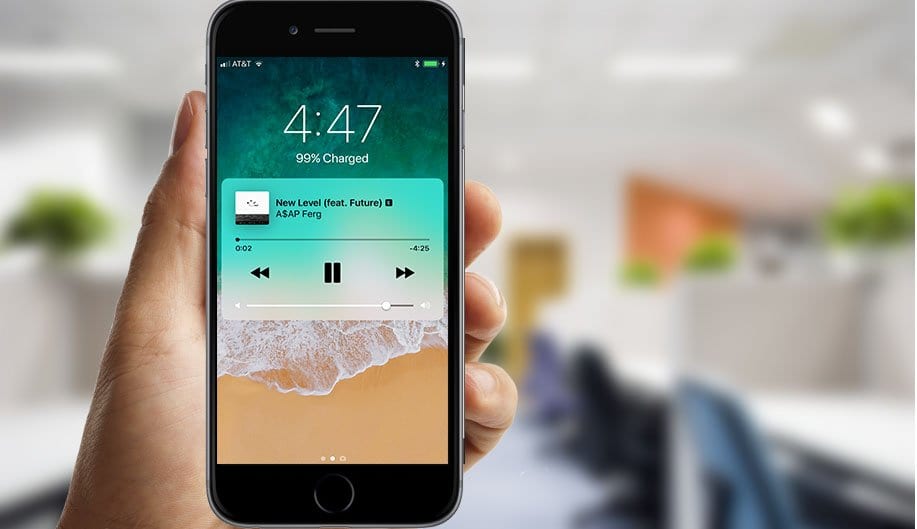 iOS 11 is already showing its flaws. In the sea of reported issues, there’s one problem that’s especially going on users’ nerves. And that’s a bug that causes a music player widget to stay on the Lock Screen even when users don’t want it.

Apparently, the problem doesn’t occur with iPhone’s Music Player only. It also occurs with both Spotify and Apple Music.

So, if you’ve been experiencing this issue lately, let’s see what can we do to get rid of this annoyance

Here are some workarounds that solved the problem for some users:

A lot of users actually said that a simple reboot resolves this issue. So, before doing anything else, just restart your phone. No need for hard reset or bringing your phone to factory settings. Just a regular reset will do.

However, you should keep in mind that rebooting your phone is just a temporary solution, as the problem will likely appear again. If it doesn’t appear, even better.

But you should probably do something more than just a reset to get rid of the Music Player widget forever.

Open and close the app

Similarly to restarting your phone, opening and closing the app also did the trick for some users.

So, if the widget stays on the Lock Screen, even after you close the app, just open the app again, and close the app from the App Switcher.

But once again, this is just a temporary solution.

This solution, obviously, only applies if Apple Music gives you the sticky widget. Here’s what you need to do:

And finally, if none of the solutions from above managed to resolve the problem for you, there’s probably nothing you can do after all. Except waiting for Apple to release a new update for iOS.

Many users believe this issue is just some bug in iOS 11, and that only Apple can resolve it with a fixing patch. Although this hasn’t been confirmed yet, it makes sense, because iOS 11 is riddled with bugs, and Apple will have hands full of work to bring everything back to normal.

Do you have something more to say about this problem? Maybe an additional solution? Let us know in the comments below.

Apple should fix the music app on lock screen bug soon or I’m switching to Samsung. Been a very long time Apple loyalist however they are crapping the bed left and right these days on multiple devices we have and I’m sick of it.

Apple should fix the music app on lock screen bug soon or I’m switching to Samsung. Been a very long time Apple loyalist however they are crapping the bed left and right these days on multiple devices we have and I’m sick of it.