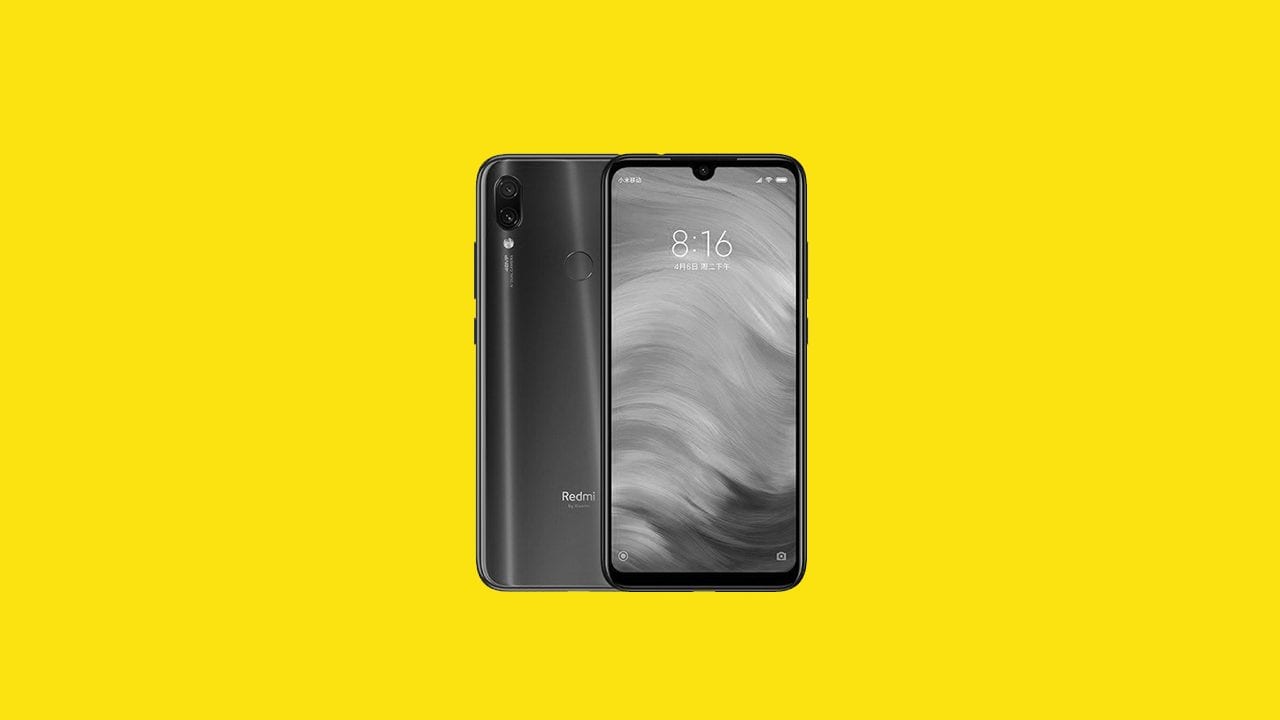 The Xiaomi Redmi Note 7 is an exceptional budget device. It packs a solid set of specs and build quality, which makes it quite appealing to buyers in its price range.

A friend of mine recently got this device, and he’s very content with it. It easily gets him through the day with the 4000 mAh battery, and it’s also a smooth ride, thanks to 6GB of RAM and the Snapdragon 660.

However, just like any other phone (including much pricier models), the Redmi Note 7 has its own minor issues. Most of them happen in individual cases, but they’re still issues. So, if you recently encountered a problem with your brand new Redmi Note 7, I hope you’ll find a solution in this article.

The first thing you’ll probably notice when using the Note 7 for the first time is that its display is probably more sensitive than what you’re used to. This is not a bug per se, it’s just how the display was made.

So, there’s really nothing you can do about it, because there’s no way to adjust the sensitivity with software. You can actually try a different screen protector, but I’m not sure how much it will help.

Reportedly, GPS malfunction is a widespread problem on the Note 7. Apps like Google Maps or Waze fail to establish a connection with the GPS service, which basically renders them unusable.

Luckily, you’re not powerless when it comes to solving this problem. The first solution I have in mind is simply keeping your MIUI version up to date. Xiaomi will eventually release a fix (if it already hasn’t), and the problems should vanish.

But if the problem persists, even with the latest MIUI version installed on your phone, there’s an additional step I found on the MIUI forum you could try. Here’s what you need to do:

Keep in mind this method only works with third-party apps like Uber or Waze. Meaning you can’t use Dual Apps to make GPS working in Google apps like Google Maps. For these apps, you’ll have to wait for Xiaomi to release an update.

On paper, the Redmi Note 7 boasts a great battery capacity, that’s at the very top of its class. But when it comes to real life usage, the battery life is, well, also great. For some users. The others, less fortunate ones, have to deal with a strange drain that drastically shortens the battery life.

As it’s usually the case with battery drains on a new phone, the cause is unknown. It could be a software problem caused by a recent update, or the issue might be on your end.

According to the forums, it’s probably not your fault, as your current MIUI version drains more battery than it should. You guessed it, the solution is to wait for an update that will (hopefully) improve the battery life.

While you’re waiting for that rescuing update, here are a few things you can try to improve the battery life:

As much as the previous solutions are helpful for extending the battery life on your Note 7, they also require compromises. Because you simply cannot have one thing without sacrificing another. Xiaomi knows this, so the company actually made some efforts to automatize that “sacrificing process” and make power management easier for users. That’s how a feature called MIUI optimization was introduced.

This feature automatically restricts certain processes on your phone, in order to extend the battery life while eliminating the need for any tweaks on users’ end. Sure, MIUI Optimization improves power management, but compromises are sometimes too big for users to bear with.

In the Note 7’s case, the MIUI optimization feature seems to automatically close the apps running in the background. Usually, that shouldn’t bother you, but if the apps you regularly use are being constantly closed, you’d probably want this to stop happening.

The obvious solution for this is to disable the MIUI Optimization feature. Yes, disabling it will slightly shrink the battery life, but you probably won’t even notice the difference. What makes the case for disabling this feature even stronger are reports of MIUI Optimization interfering with some non-MIUI based apps, eventually causing even more problems, as mentioned in this forum post.

To disable MIUI Optimization, you need to have Developer options enabled first. To enable Developer options, go to Settings > About Phone > tap the MIUI version 7 times, until the message saying “You’re now a developer!” appears.

Now that we have access to Developer options, here’s how to disable MIUI Optimization:

This one is as old as the face unlocking technology in Xiaomi phones. And the answer to the question “why can’t I use the Face unlock feature on my brand new Xiaomi phone” is always the same. It’s not available in your region!

Face unlock is restricted in most areas of the world. Some regions will get this feature with future system updates, some won’t. So, if you’re in an unsupported region, but still want to be able to unlock your phone with your face, the only solution is to switch to a supported region.

Your best bet, in this case, is Hong Kong, since the Face Unlock on the Redmi Note 7 is confirmed to work in this region. To change your phone’s region, go to Settings > Additional Settings > Region, and set it to Hong Kong.

And finally, a problem that’s common to many Xiaomi phones. You probably find it very annoying that notifications only briefly show in the bar next to the clock, and the immediately disappear.

This wouldn’t even make it to the list of problems if the Note 7 had a huge notch. There simply wouldn’t be enough space for additional icons. But since the Note 7 features a teardrop notch, there’s plenty of space left for notifications.

Apparently, the current version of MIUI (10.3.6 at the time of writing) isn’t well optimized for different notch sizes. So, the pattern stays the same, regardless of whether your phone has a gigantic notch, or just a teardrop.

There are rumors MIUI 11 will fix this inconvenience. So, the only thing left for you is to bear with disappearing icons, and hope the next system version (expected in a month or two) will deal with this.

That’s about it. I certainly hope this article helped you resolve (or at least better understand) your problems with the Note 7. If you have any comments, questions or suggestions, just write them down in the comments below.

My volume buttons do not respond many times…i have the latest version of miui 11.0.6 .What is the solution?

i have a really huge problem about my Redmi Note 7. I bought it last June 2019 and it starts to have a defect this November. My phone defect is that it often shut down even though its battery percentage is 87% and I can’t turn it on when I want to and after two days it will open and battery percentage is in drain. I dont really know what to do. and I consult it in the Redmi Technician but it always turn back in the same defect. Help me Guys.

same as me ..what problem??

Same problem. CAn anyone give any solutions?

Please my redmi note7 hangs a lot even after factory reset is there anything I can do?

My music stops when I open app itself

I am facing the same issue!!! Battery drains real fast. I visited the MI service centre. They detected software issues . But again
… I guess… It’s the same. I charged my phone today morning at 9 am and by 3 in the afternoon it shows 65% battery remaining. Tat too… Hardly any usage since morning!

I am having problems with my redmi note 7 storage…. I don’t have so much on it ,yet my storage is full …I was told I have to flash the phone,I am not happy about that….I am seeking for advice towards a solution that won’t lead to flashing the phone.. thanks

Did you try offing animation?

At starting the phone was going good with every app but as the time going on many app crashing.. Don’t know why even storage is not full?