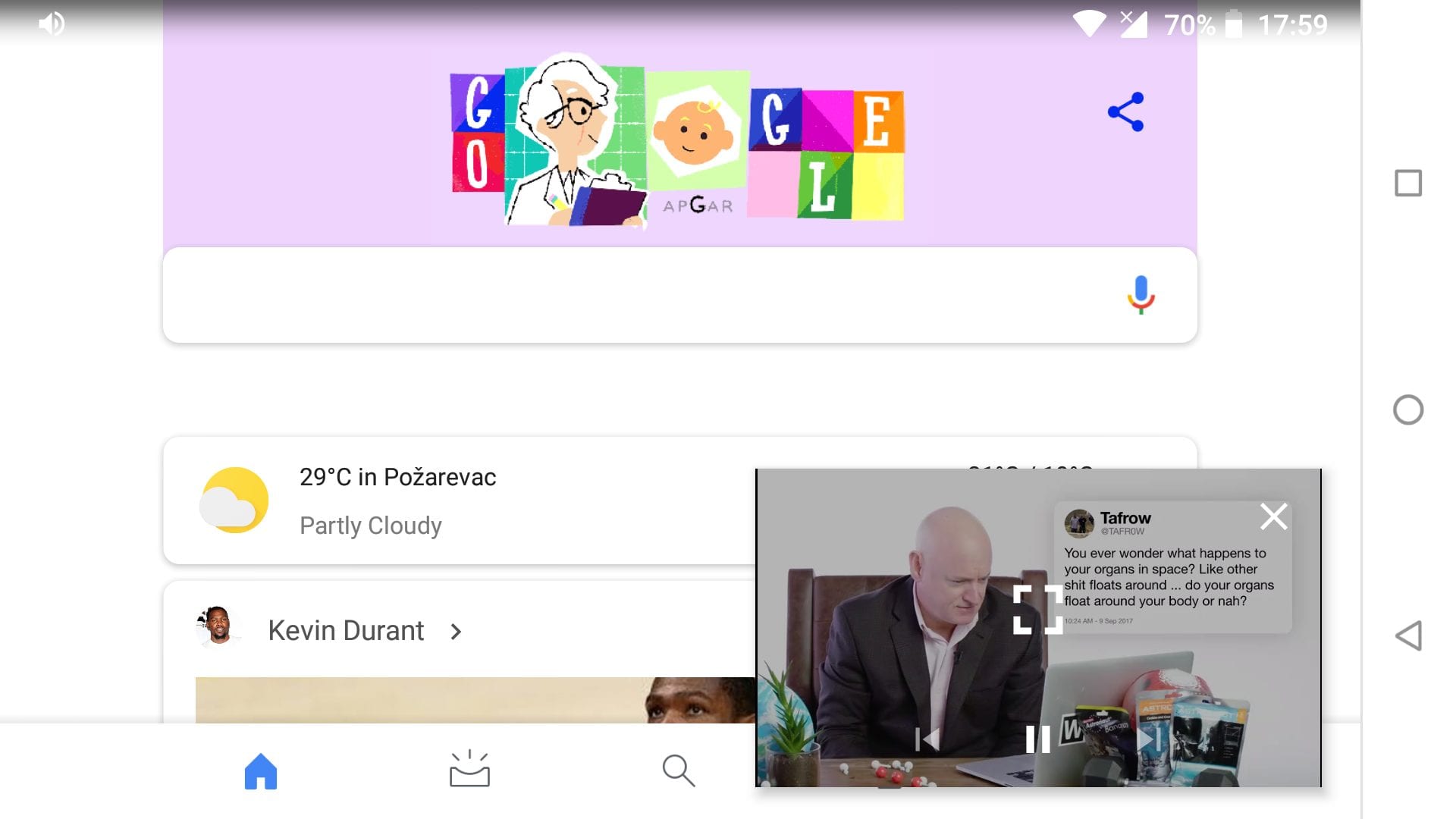 Even though Android P (Peppermint is our best guess at the moment) is still in the development phase, Oreo is still the latest Android iteration. When it came out, it had some valuable additions but, seemingly, one of the most-promoted feature, PiP, is still having some issues.

Namely, a lot of Oreo 8.0 and 8.1 users are still experiencing various issues with Picture-in-picture mode. For that purpose, we prepared a list of solutions which should address the most common issues with the PiP mode. Make sure to check them out below.

Solution 1: Check the permission and compatibility

Firstly, let’s start with the prerequisites. Even though it got its share of hype when Oreo was introduced, PiP (Picture-in-Picture mode) isn’t all that special. Don’t get us wrong, we’re talking about more than a welcomed novelty, just there’s rather limited number of applications which support PiP. In order to play YouTube videos from the app (most common usage for this mode), you’ll need the YouTube Red subscription. Which isn’t an option for a lot of countries.

And that’s the main purpose of this app, in our humble opinion. Yes, you have other streaming services, but YouTube is probably what most users use to enjoy videos. So, the first thing you should do is to check the permissions and compatibility of the given app before we move to additional steps. The supported first-party apps are YouTube (with Red subscription), Chrome, Duo, and Maps.

The Picture-in-Picture mode has its own option within the Settings, so make sure that the compatible apps are enabled. Here’s how to do it in a few steps:

Another viable step you should take when addressing any app issues is clearing cache. After some time of extensive use, apps tend to pile up the cached data in order to speed up the loading process.

Since clearing cache in Android Oreo is different than in other versions of the OS, you can learn more about it in this article.

Solution 3: Update the device and apps

Making sure that all your apps and the device’s firmware are up to date is paramount. In Developer Previews of Oreo, a lot of apps had issues. However, we’re long past these issues since the final stable version fixed most of the issues. On the other hand, certain supported third-party apps are still revisited and patched on regular basis.

When it comes to device’s firmware, making sure that you have all patches should be of utmost importance. Most of the updates are provided in the automatized manner, but it won’t hurt to check for updates manually. In addition, make sure that the affected app isn’t in the Beta-testing variation. Those are buggy and unreliable.

Here’s how to update phone’s firmware:

And, these instructions are for updating apps over Play Store:

Finally, we can’t wrap this app without offering a simple workaround for users that can’t (or won’t) obtain the YouTube Red subscription. You can still stream YouTube videos on your Android and use a nifty PiP mode.

Just, instead of using the YouTube app itself, you can utilize Chrome’s Desktop mode and play any video in the Picture-in-Picture mode. Here’s how to do it in a few simple steps:

That’s a wrap. Don’t forget to share additional solutions or ask questions about the presented ones. You can do so in the comments section below.

I’m also having the same problem with my note 9 Samsung. I disabled anything that supports picture-in-picture, but it did only a little change. PLEASE ANDROID FIX THIS!!!!