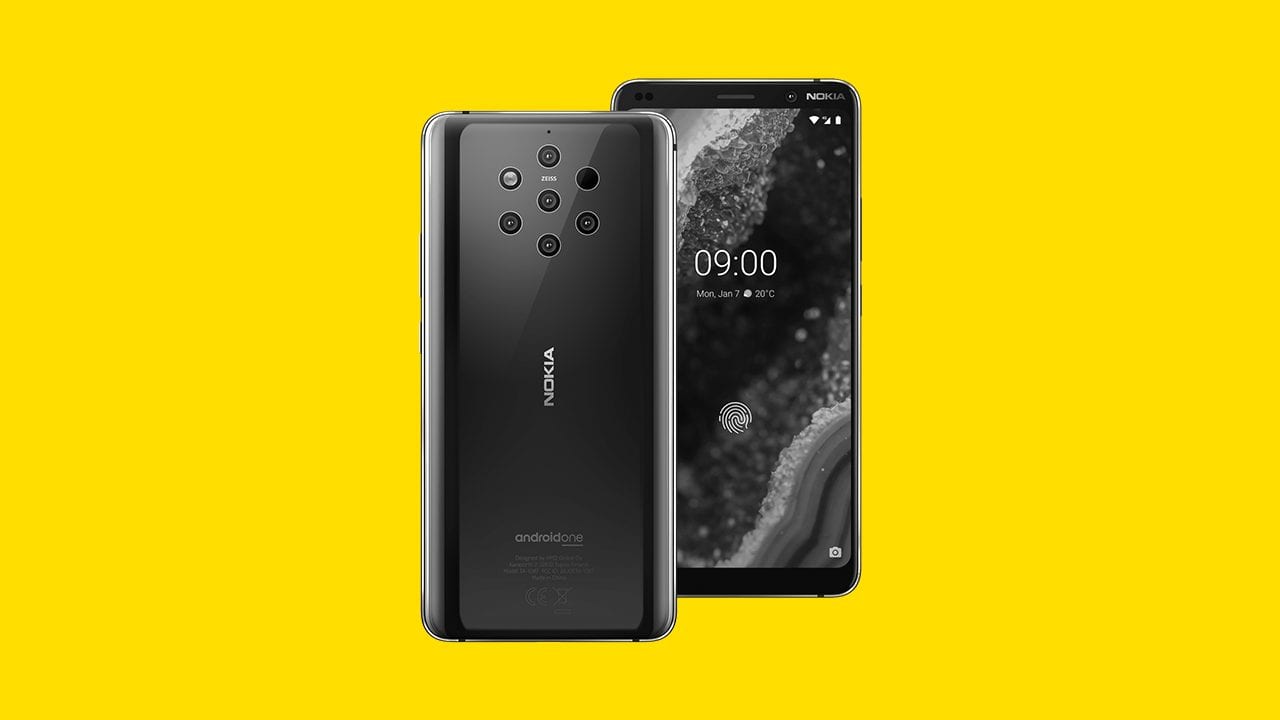 Nokia 9 PureView is, generally speaking, an exceptional phone. Of course, it revolutionizes the camera sensors implementation by using five of them. And that alone is enough to draw attention from many. But you’ll be using the phone for other stuff, right?

When you look at the Nokia 9 PureView as a whole, you see a well-balanced mid-range device that performs decently. Sure, it’s not the flashiest phone out there, and if you ask me, it’s a bit overpriced for its spec sheet in 2019. But all in all, you’ll do okay with it.

What’s even better is that I haven’t managed to find a bunch of reported issues with the Nokia 9 PureView yet. Sure, it’s still ‘young’, so we can attribute the lack of reported problems to the fact that not too many people own this device yet. Nevertheless, the number of complaints is respectably low, even for the early stage of its lifecycle.

So, if you were unfortunate enough to face any of the following issues, keep reading this article for solutions (or at least to understand the situation better).

The fingerprint scanner has been making the most troubles for the PureView users so far. According to numerous reports, it seems Nokia didn’t do the best job when integrating the fingerprint scanner. Namely, the phone requires too much finger pressure to scan the fingerprint. And pressing the screen too hard countless times every day is definitely not going to add up to the phone’s life span.

On top of the technical problems, users have been reporting that the fingerprint scanner doesn’t even work sometimes. However, there’s a solution to this. If you restored a backup when setting up the phone, instead of setting it as new, it’s possible that some of your old apps interfere with the scanner.

So, boot into the Safe Mode, and start investigating. Sure, it’s painful to uninstall each app individually, but at least you’ll deal with the fingerprint sensor failures.

Screen rotation failure is another issue reported on Nokia’s support forums. As one user points out, the screen fails to rotate most of the time, which drastically limits the functionality of this phone, especially when it comes to taking pictures in the landscape mode.

Unfortunately, we still don’t have the workaround for this issue. Perhaps the development team will address with some future updates. So, what can I say? You’ll probably have to wait for the patch.

Google Assistant issues are common for all Android devices, not just the Nokia 9 PureView. However, it seems that the 9 Pureview owners have more problems with this feature than they should.

Numerous reports are popping up on the support forums about OK Google not working. Right now, there’s no solution to this issue. However, one user pointed out on the forums that the whole Nokia network seems to have the problem with Google Assistant. So, you’ll probably have to wait for either Google or Nokia to deliver a workaround.

The camera is, of course, the Nokia 9 PureView’s main selling point. It’s amazing what you can achieve with this five-lens setup. But what if the Camera app crashes? Then you’re deprived of the feature you basically bought the phone for.

Well, that’s exactly what happens to some users. The camera app crashes upon opening, and there’s nothing you can do about it.

On the positive side, Nokia already acknowledged this problem and promised a solution.

Thank you for the feedback. Few notes:
– With more users out there, we’ve seen a few camera crashes due to battery voltage drop when charge is low. We will address this
– Under the display FP sensor has limitations. We will improve the experience. We also have face unlock

So, if you haven’t already received the patch, just keep checking for updates, and you’ll get it soon.

And the last ‘serious’ problem I managed to find is the microphone issue. According to some users, the microphone just doesn’t seem to work. This problem could also be connected to the above-mentioned Google Assistant issue.

That’s about it. As you can see, there aren’t too many reported issues with the Nokia 9 PureView yet. That, of course, is good, but even a single slight issue can spoil the feeling of using a new phone.

If you’ve recently encountered a problem I didn’t mention here, feel free to write it down in the comments below.

i started having terrible mic issues after the security patch ~2 weeks ago. Mic will only work if i’m shooting a video. Otherwise, it’s “on mute” all the time. Very annoying, and i have to wear my earphones/bluetooth all the time to make calls and send voice memo’s! Frustrated as hell!

How about sub-standard battery life? On a side note, does anyone have an idea when they may be sending out the free true wireless earbuds that were offered?

Did you hear from other users that Nokia is offering free true wireless earbuds to those who are having mic issues? I chatted with their customer support this morning and they said they couldn’t offer that :(….
I’m very frustrated with the mic issue, but honestly i didn’t feel that the battery life is sub-standard. Definitely much better than my older iPhone 7