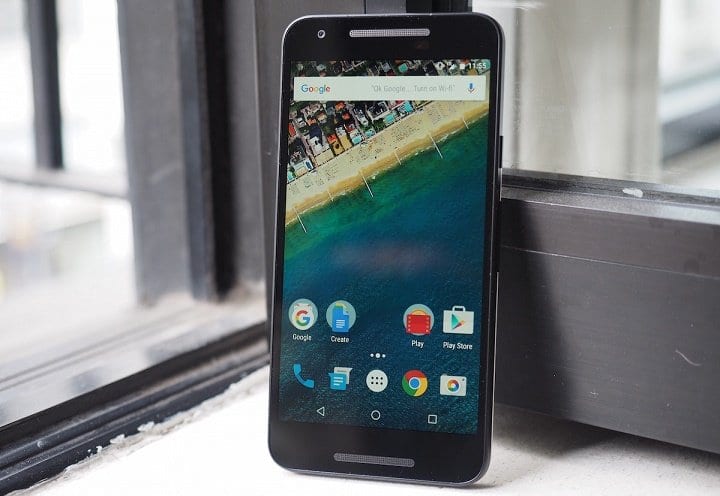 LG in cooperation with Google has made some interesting phones that produced quite a stir in the market. The main reason for their instant popularity is stable Android support similar to the one for the Pixel phones. And the Nexus 5x, a successor of the Nexus 5, is one of the best Android devices produced by LG with reliable hardware and clean Android OS.

However, while this is an exquisite mid-budget phone, it isn’t without issues. Users around the world reported a large variety of problems and we’ll try to list the most important ones today. Have in mind that some of these issues are provoked by a hardware malfunction. On the other hand, the ones with the software background may have a solution and we’ll be sure to let you know about it.

As we already stated, the best thing about Nexus phones is frequent Android support. You don’t get OS with bloatware but the latest Pixel-like upgrades. And it that’s not the same for a multitude of manufacturers. Android Nougat 7.0 upgrade has been available for a while with Google Now assistant.

However, comparing to the Pixel, Google Now on the Nexus 5x isn’t always remarkable. Few users reported a specific bug on Google AI personal assistant. Namely, the feed cards won’t load. The users are informed that this occurs due to lack of storage space. However, it seems that the storage space is not the problem. We advise you to try and update Google Now in the Play Store. If the problem is persistent, check the instructions below.

If the problem is still persistent, delete your preferences in Your Feed section. That will clean your settings, but you’ll be able to see Feed cards again.

It’s not as common as with some other handsets, but the Nexus 5x occasionally has an unstable connection or no connection at all. We advise you to follow these steps below in order to troubleshoot these issues and use the full potential of WiFi.

Besides WiFi, Bluetooth is another feature that has connectivity issues. More than a few users reported failed connection with a car system or headset. If the problem is present with multiple devices, then you should wait for the firmware update. In case you have issues with one specific device connection,  follow these instructions:

In case the problem is persistent on multiple pairing devices, even after an update, we advise you to take the Nexus 5x to the vendor for inspection.

One grave problem that is, luckily, not that common is the boot loop issue. Namely, a few users reported that their Nexus 5x freezes. That is allegedly followed by the shutdown and, after a restart, the device works for a couple of minutes and stop again. Additionally, it seems to occur after an update to Nougat.

That is a major problem and can its occurrence can have various reasons. Good thing though is that this is most of the time a software issue. But, if your hardware is the problem, send a ticket to Google or tech support of the device vendor.

You can easily find out the culprit for this issue by following these steps.

In both scenarios, you’ll need advanced practitioners to check your phone. It probably needs flashing. Too bad that users that got this problem had a lot of problems with responsible services. It’s their job to fix or replace your phone as soon as possible.

Some users reported issues with the proximity sensor’s behavior. Namely, as you may know, the proximity sensor’s (placed beside a speaker) main role is to regulate display on/off while you are talking and after the call is finished. So, every time you distance your phone from your ear, the display should turn on. But, it seems that this is isn’t functioning as supposed. You can’t hang up or, for example, use loudspeaker because the screen is off. You must press Power button multiple times in order to retrieve the screen commands.

This can be both software and hardware issue respectively. For hardware, you should check out for physical barrier your screen guard may create. Additionally, you may use certain diagnostic apps to check out sensor functionality. The near/far scale should vary from 0 to 2 inches.

When it comes to the software, things may take the wrong turn with the latest update. The smallest code error can render the proximity sensor faulty or unusable. What can you do? Well, besides waiting for the next update, you may also set up Power button as a go-to button to end calls. That way you’ll make a temporary solution before the things are resolved.

Besides the usual problems that occur occasionally with most of Android handsets, the Nexus 5x has an issue with the keyboard. Of course, we are talking about native Google keyboard since the alternative solutions can have specific errors of their own. According to some users, the keyboard is unresponsive or laggy while trying to input text, especially in 3rd-party apps (WhatsApp, Viber, Facebook Messanger etc.). Moreover, key sounds delay is noticed.  Additionally, latency intensifies when the phone is charging.

This may be fixed with some of the upcoming updates. But, while you are waiting for developers to address this issue, you’ll probably want to try some of this workarounds.

In addition, you may try 3rd-party keyboards that suit you best, like Swiftkey.

Even though the Nexus 5x packs a quite powerful CPU, some of you occasionally experienced stutters and lags. Since this is one of the best-optimized devices you’ll find on the market, third-party apps that work in the background are the main suspect. But, we won’t exclude the unoptimized firmware update, either.

With some users, this issue takes much larger proportions and the phone is mostly unusable. Have in mind that can be also related to hardware failure. Follow the instructions below to try and resolve lag issues.

Follow these steps to perform a backup and Factory reset. You’ll need your Google username and password in order to backup your data. Also, all your data will be wiped out, so you should backup your data to PC. It is advised to clean the SD, as well.

Besides the complex issues that impact the overall performance, some apps may be faulty on their own. Even though it’s not dangerous at first sight, app crashes can lead to stutters and lags mentioned above and there so affect workflow drastically. This mostly occurs with third-party rogue apps, but the built-in apps are not an exception.

You can fix crashing apps with few workarounds and prevent them from making larger issues.

That should do it. For the end, please don’t this round-up trick you into thinking that Nexus 5x is a bad phone. It’s great. Most of the time. But, it isn’t Pixel, the Google’s favorite child, as well.

If you have any questions or additional issues you want to address, please do tell us in the comments. We’ll be glad to help.

Our Nexus 5X suddenly stopped working. Tried all the hard and soft resets and nothing happens. Can someone help p,ease?

Our Nexus 5X suddenly stopped working. Tried all the hard and soft resets and nothing happens. Can someone help p,ease?