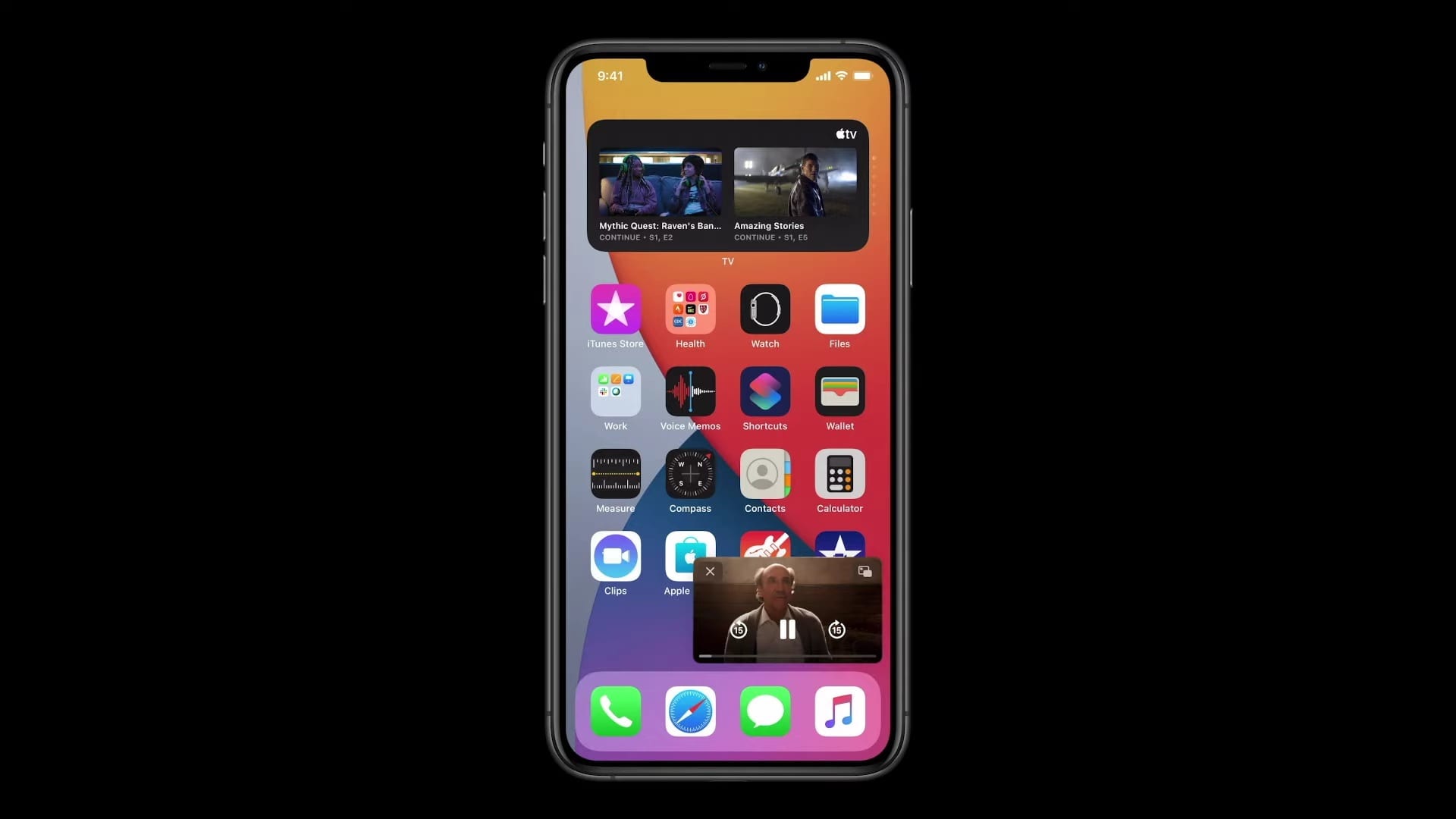 Apple announced the new software for the iPhones, iOS 14 during its annual WWDC conference on Monday. The updated iOS version will bring a plethora of new features, including redesigned widgets, improved Siri, an app drawer (lookalike), and more. The list of features promises that iOS 14 will be the most exciting iOS release in years.

One of the highlight features is definitely the long-awaited Picture-in-Picture mode. While iPad users got this feature years ago (and Android users even before them) the iPhone owners will have to wait until this fall to be able to minimize videos into a small window that runs over other apps.

As seen in the presentation, the Picture-in-Picture mode on iOS 14 functions as you would expect it. While in an app with video playback, just swipe up from the bottom of the phone to go to the home screen and a small window playing video will stay on. You can then move it around the screen, resize it, or close it. You can even pin it to a side of the screen if it gets in the way, and pull it back later to continue watching, which is definitely a nice touch.

To get straight to the point, I’m pessimistic YouTube for iOS will support the Picture-in-Picture mode. There are a few exhibits to back up this prediction.

First thing first, the YouTube app currently doesn’t support the Picture-in-Picture mode on iPadOS. Even with the Premium account, you’ll only get as far as playing audio in the background.

That’s solely Google’s choice. Since developers need to implement the Picture-in-Picture API provided by Apple, Google simply opted not to.

You have to understand that, as two of the most powerful companies in the world, Google and Apple are huge competitors. And while declaring war on one another will bring more harm than good in terms of profit, both sides are taking every chance they’ve got to trade blows. And usually, it’s the small details that tend to annoy users of the opposite platform. In this case, it’s the absence of the Picture-in-Picture support in the YouTube app for iOS.

You’ll probably still be able to use the Safari/Chrome “hack”to get YouTube to go into the Picture-in-Picture mode, but this method is quite inconvenient, and I doubt many people will do it regularly.

We’ll have to wait until Apple releases iOS 14 and answers this question for us. Who knows, maybe Google will change its current stance. But, the way things are looking now, it probably won’t, at least for the foreseeable future.

I’d certainly like to be wrong on this one.