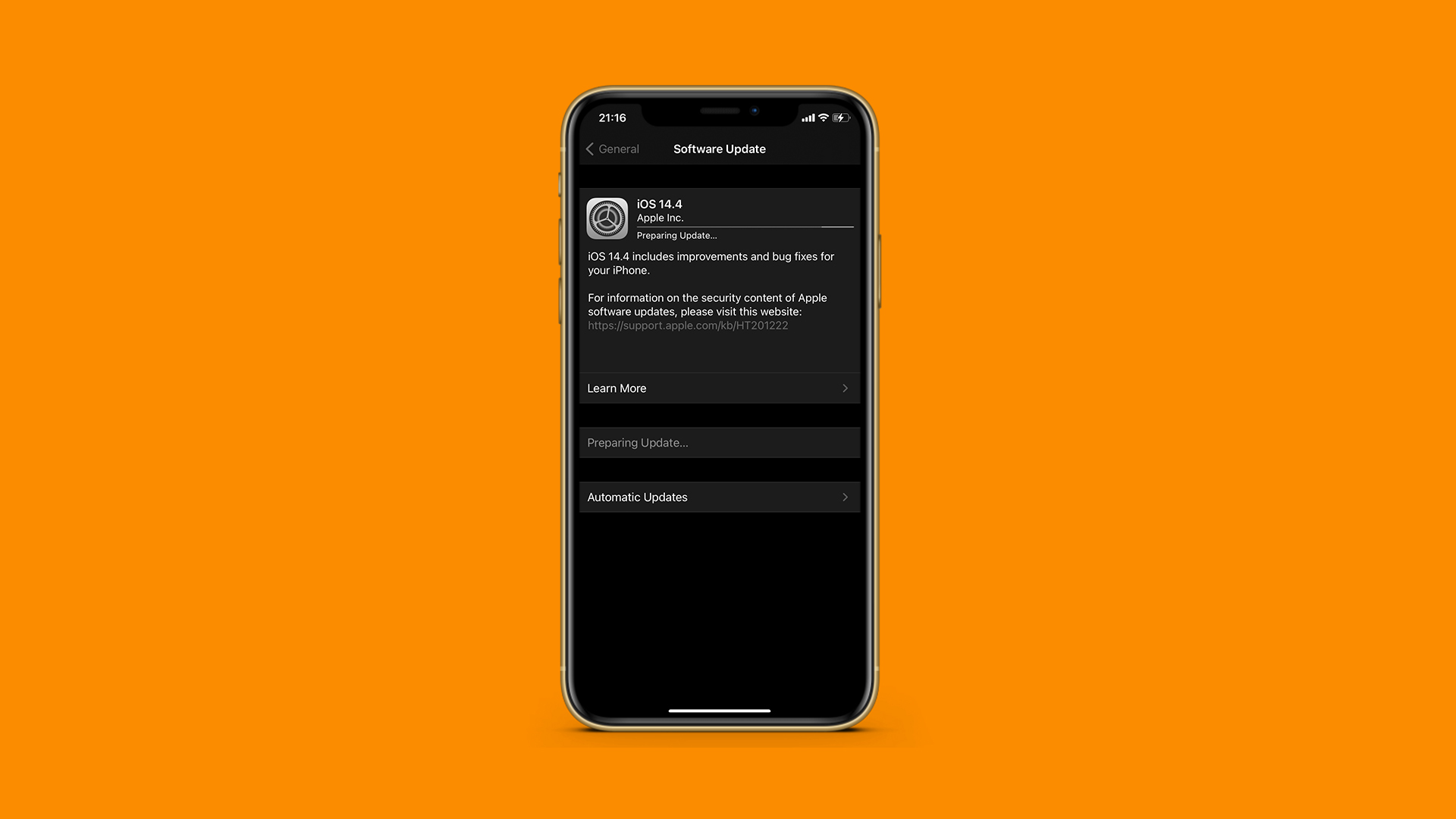 Apple released iOS 14.4 a week ago. The new update isn’t as major as the previous one in terms of new features, but it provides something maybe even more valuable to the users. Namely, the iOS 14.4 update deals with all sorts of issues caused by previous releases and brings important security patches on top of that.

You can check the full iOS 14.4 changelog here.

What’s more important is that iOS 14.4 even fixes some of the old problems that weren’t mentioned in the changelog. When I was searching Apple’s forums for potential issues, I’ve come across more reports stating that the new update actually fixed a certain problem, instead of causing a new one. As a matter of fact, this is probably the first time this has happened in a long time.

A stable update is surely a step in the right direction, let’s just hope Apple carries on with releasing as trouble-free updates as possible in the future.

However, even though I couldn’t find too many complaints about iOS 14.4, I still managed to find some. Most of the cases, though, are probably individual, so the majority of users won’t have to deal with them. Nevertheless, I compiled a list of the reported problems (so far), just to give you an idea of what some users encountered upon installing iOS 14.4.

Battery drain seems to be the biggest issue of the iOS 14.4 update. But that’s somewhat expected. I can’t remember an iOS update, major or minor, that didn’t cause battery problems for at least some users.  At the moment, there’s no precise solution to the battery drain issue, so if your iPhone loses its juice faster upon installing the new update, you will probably have to wait for Apple to tackle it in future releases.

In the meantime, you can check our article about battery drains on iOS 14, but I can’t promise any of the workarounds will work, since the problem was probably caused by the update itself.

One user reported on the forums that he’s unable to use FaceTime upon installing iOS 14.4:

“After update 14.4 iOS Face Time does not ring or connect to iPad while it connects iPhone, it used to ring both devices at the same time before update to 14.4”

Although this user faces the FaceTime problem on iPadOS, the issue may occur on iOS, as well. If you’ve encountered any FaceTime issues on iOS 14.4, check out our article about FaceTime problems on iOS. Although, I’m still not sure if our solutions would be helpful in this case.

Just like it’s the case with battery drains, Wi-Fi issues are also among the most common problems any iOS update could cause. And it seems iOS 14.4 isn’t an exception, as one user complained on the forums that he’s unable to connect to a Wi-Fi network upon installing the latest iOS version.

As the user didn’t say anything specific about this problem, I can’t tell you more about it. So, if you’ve also encountered a Wi-Fi problem on iOS 14.4, feel free to let us know about it in the comments. Maybe we’ll know what’s going on once we have more info about the problem.

Once again, we have an article about Wi-Fi issues on iOS 14, so make sure to check it out. It may resolve the Wi-Fi issues, or at least serve as a starting point in the whole troubleshooting process.

It’s well-known that Apple and Spotify aren’t on friendly terms. And while both sides trade subtle blows here and there, Spotify still functions properly on Apple’s platforms. Except in individual cases when there’s a bug experienced by a small number of users. And that’s exactly what I’ve found on the forums, where one user said that Spotify randomly pauses music on iOS 14.4.

I couldn’t find more info about this exact problem, but I assume it’s not widespread. So, even if you have experienced a similar problem on iOS 14.4, you shouldn’t worry too much about it, because it will likely be fixed in the next iOS or Spotify update.

That’s about it. As you can see, there aren’t too many issues on iOS 14.4 that you should worry about. Even these that I listed here are most likely just individual cases. Nevertheless, if you’ve encountered a problem I didn’t mention in this article, or simply want to share your experience with iOS 14.4 with us, feel free to do so in the comments below.

I have 3 SE’s, all of them are draining quickly, and the cellular signal is very degraded. I’m done with apple. Android here I come.

And you think they are better ?? 🙂

Updating to 14.5 beta, is a solution for battery drain issue and wifi too. Mine fresh new battery because of this update droped by 2% within 2 weeks.

Whenever I Play games on my mobile. the battery drains quickly.

My iphone keeps automatically closing apps, especially Facebook and Bejeweled Classic. It is particularly annoying with Facebook because I can be in the middle of a response and when I reopen it, I can’t find the post I was working on. I have been blaming FB for frequent updates but I am starting to wonder if it is a WiFi thing. Comcast is in and out a lot as well so its hard to be sure. I have my older computer hooked up to the WiFi with an extender plus a back up of ethernet and I notice that while… Read more »