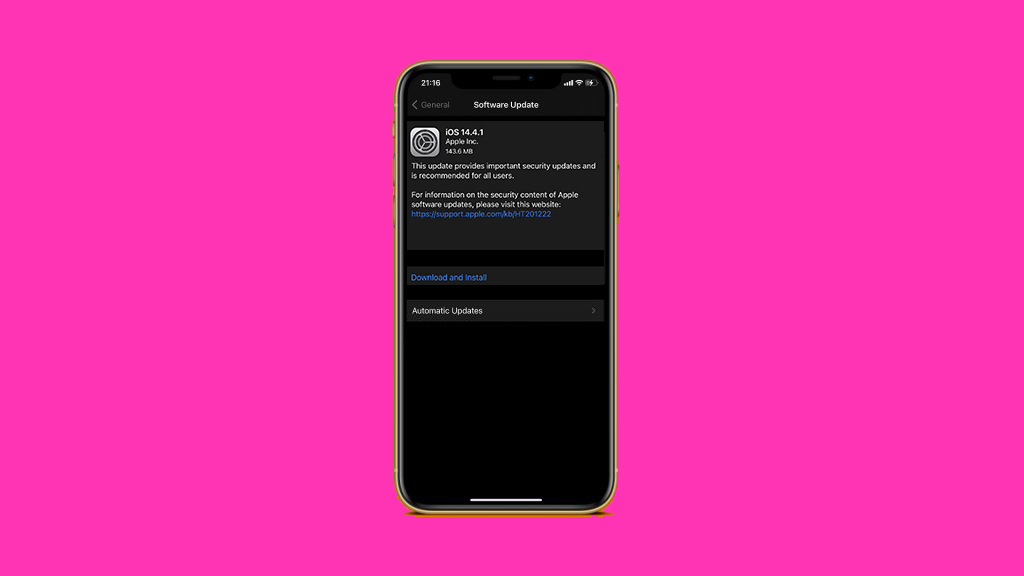 Apple released a minor security update recently by the name of iOS 14.4.1. This update focuses on WebKit safety tweaks in order to prevent some malicious exploits on apps that use this web browser engine. However, although the iOS 14.4.1 update doesn’t bring any feature improvements or even bug fixes, it’s somewhat strange that it comes with a few issues.

Now, the aforementioned issues on iOS 14.4.1 are rather scarce, and it seems that some well-known problems from the previous release are dealt with. Updates giveth and updates taketh. There are user reports on the official community hub about fixes, but it seems that a few overlying issues are casting a shadow on those fixes.

Of course, problems are mostly individual and, by the time we are covering this, there’s no widespread debilitating issue that renders many devices unusable. I, personally, don’t have any problems with the update.

So, without further ado, here are the most prominent problems users reported on the Apple Discussions forum.

The majority of reports come from users that are unable to download or install iOS 14.4.1 on their devices. For some, the update is missing, for others, it won’t download at all. The third group that’s affected successfully downloaded the update but they are unable to install it.

“I have successfully downloaded the new iOS 14.4.1 but it has refused to install, what do I do?”

We encourage you to restart your device, connect to a stable network and try again. Make sure that your device is eligible for iOS 14.4.1 update. Also, it’s worth noting that the update procedure can last longer on some older devices. So, be patient and give updating another try.

The battery issues appearing after an update are not exactly a rarity. Especially on older iPhones that require extra optimization to run on the latest iterations of iOS. One iPhone 7 and one iPhone 12 user reported an idle drain increase after installing iOS 14.4.1.

Here’s how they explained their particular problem:

I am using Iphone 7 and my problem is overnight battery draining issue My battery health is 82%. I updated ios 14.4.1 after this update i’ve facing this issue.

iPhone 12 after upgrading to version 14.4.1, the phone was put on charge and charged to 100% . At night, the phone was not used, for 7 hours the battery level dropped to 85% in the background. I understand the problem is in the update? This was not the case before the update.

Make sure that your battery health is above 80% as that’s the lower optimum for battery performance.

The best way to deal with this is to restart your device. However, if the issue persists, consider resetting your device to factory values. Just don’t forget to back up everything before doing so.

One user who runs iOS 14.4.1 on their iPhone XR is unable to connect their device to Apple Watch in order to update the firmware on it. And, since the pairing can’t be done before the watch is updated, the problem arises. They seemingly tried a variety of troubleshooting steps but to no avail

Here’s what they have to say about the problem:

For the time being, there are no viable alternatives to steps the user already took. Hopefully, the next update will deal with this accordingly.

As we already mentioned, there’s seems to be an underlying issue with Wi-Fi on various iterations of iOS 14. It seems that the problem is present on the latest release, as well. Namely, users are reporting slow Wi-Fi connectivity.

If you are among them, you can try

Those are the issues we run into at the moment. But, based on previous increments, chances are that there are more problems. What is your experience with the latest iOS update? Have you run into any of the mentioned issues? Make sure to tell us in the comments section so we can add them to the list.

When I open messages from notifications, I get a blank search menu that opens behind the message. Wasn’t happening prior to update.

I don’t have slow wi-fi. Since the update I don’t have internet. It won’t connect to wifi and it won’t work on 4G. 90% of the apps including banking, YouTube, WhatsApp, delivery etc say there is no internet connection.
WeIrdly though Instagram seems to work and Reddit as well. And Safari. And the weather app.
Everything else is just dead!