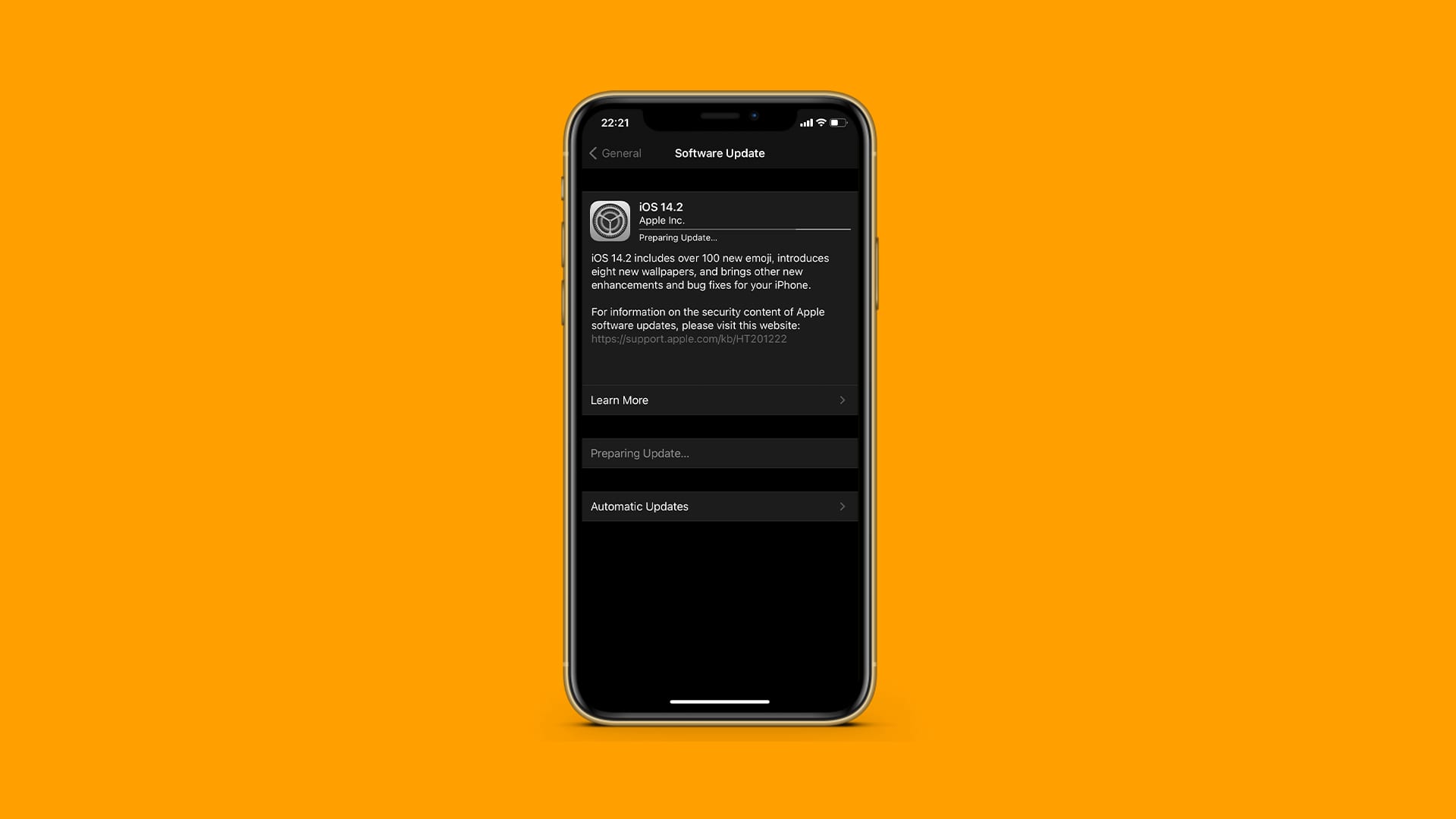 Apple finally released iOS 14.2 to the public. This is the second major update to iOS 14 that was released in September. The new update combines a set of new features with aesthetic novelties to bring the biggest iOS 14 release so far.

The highlight of the new update is a brand new emoji set that introduces over 100 new emojis to the pack. There are also new wallpapers (I personally think these are the best wallpapers Apple has released in years), new Music widgets, a new Intercom feature, and more. All in all, there’s a lot to be excited about in the new update.

But what’s also traditionally true for most iOS updates, regardless of size and importance, is that not everyone is actually excited about them. That being people who encounter issues after updating their iPhones.

Although iOS 14.2 doesn’t appear to be as troublesome as some of the previous updates (so far), there’s still a handful of issues that bug users who were unfortunate enough to get them along with the new update.

I searched the forums for newly-reported problems, and here’s what I’ve found.

There are a few threads on Apple Community forums (here’s one of them), that suggest some users are having a hard time getting the update. Whether the update fails to download, or doesn’t even appear in the Settings, the result is the same. Those affected can’t install iOS 14.2 at the moment.

Some contributors on Apple’s forums offer generic solutions, like checking the WiFi connection, storage, battery, etc. I couldn’t find any “unique” solutions, so you can either try one of the mentioned generic answers or just wait for something better to appear.

A few users also seem to have a problem with connecting to the internet. For example, here’s one user complaining about being unable to connect to his WiFi network:

After the latest update I have an issue with the WiFi connection. I restarted the modem but it need to much time to find the WiFi every time I open the iPad . Anybody else face with this issue

It goes the other way, too, as one user says he’s only able to connect to the internet via WiFi, as his LTE connection doesn’t work after the update:

I am only able to access the internet on Wifi. LTE does not work despite having at least 2 bars. I have done a signal strengths field test and signals were in an acceptable range. My cellular data is set to LTE. I have reset my network connection. I upgraded to iOS 14.2 and restarted my phone. This seems to be a device or software issue. Help!

I feel like every single iOS update causes the battery drain to someone. In fact, this is probably the biggest issue an average iOS user has with his/her iPhone. Given the number of complaints, it’s hard to know whether the problem was caused by a specific update, or it’s been there for a longer period of time.

Of course, iOS 14.2 is not an exception. That’s why I can’t tell for sure if the battery drain some users mention on the forums was caused by this release in particular or it dates back to previous iOS versions. I can act like my colleagues back at Apple support and give you a list of (mostly generic) solutions to the battery drain issue on iOS 14. Hopefully, that will be of some help. If not, you’ll probably have to be patient and wait for Apple to fix the issue in some of the future updates.

Here’s another one that isn’t exclusive to iOS 14.2, but still persists to this day. Users have been complaining about Face ID for months now, and Apple still doesn’t seem to have figured everything out. Especially in these odd times when our appearance is altered with face masks. There’ve been attempts to make Face ID more compatible with face masks, but with mixed results.

For those of you who have Face ID issues on iOS 14.2, I’m writing a dedicated article about the whole problem right now. I’ll update this piece as soon as that article is done, so maybe you’ll get something out of it.

As iOS 14.2 is still young (only two days old, at the time of writing), it’s possible more issues will surface in the coming days. I’ll stay on the lookout for the next week or so, and will update the list if any new problem appears.

In the meantime, you can tell us about your problems with iOS 14.2 in the comments below.

When I updated to 14.2 on my iPhone X on 11/14/20, I immediately saw a few apps crashing on startup. But the biggest problem I’ve had is my Face ID doesn’t work at all now. I tried all the generic steps from Apple and nothing worked. Since trying to reset my Face ID, I now get a message saying “FACE ID IS NOT AVAILABLE try setting up later”. How long is “later” and this has to be caused by the Update. Of course we can not go back to older operating systems either which is just swell. I hope they… Read more »

You’re definitely right about the bad Wi-Fi. Since installing 14.2 on my iphone the Wi-Fi keeps dropping out unpredictably and going slow. Really wish I hadn’t upgraded.

Like some of your users I am finding eccentric connection with wifi and many sites may show titles/links but then can’t connect to server comes up time and again.
really frustrating.

I’ve been having issues with my esim… hopefully 14.3 fixes them

With IOS14.2 the visual display of the battery status reads 1% short after charging the battery fully. When I restart the OS the readout is 100% but drops in short time again to 1%. The iPhone 7 works properly for days with “1%” battery status and the battery condition is optimal.

Some weird things started after I installed ios 14.2 on my iPhone SE. I use the alarm feature in the Clock app a lot. Suddenly, if I snooze the alarm, the phone nearly mutes it so I can barely hear the next alarm. Also, when I turn up the volume to listen to music or stream videos, the phone turns up the volume of the ringer (and the alarm) to the loudest setting. It’s annoying and disruptive to have the ringer/alarm suddenly blaring at full volume when I never told it to do that!! Know any work-arounds??

NO MORE ETHERNET?! OK, so I know that FaceTime and iMessage didn’t work on previous versions of iOS, but at least I was able to use other apps over ethernet without using either cellular data or WiFi. Now, however, that seems to be gone altogether. Though the system is recognizing the Ethernet connection, none of my apps report an internet connection if I have WiFi and Cell connectivity off.

I HATE that Apple is not supporting the use of Ethernet, and do not understand why.

I updated yesterday, and now when I double-click the home button to thumb through all open tasks, most-to-all of them show as blank rectangles instead of the screen shots they used to show. This is sporadic. Previously, only the [Settings] task would show as a blank rectangle. Is this a bug, or intentionally designed behavior?