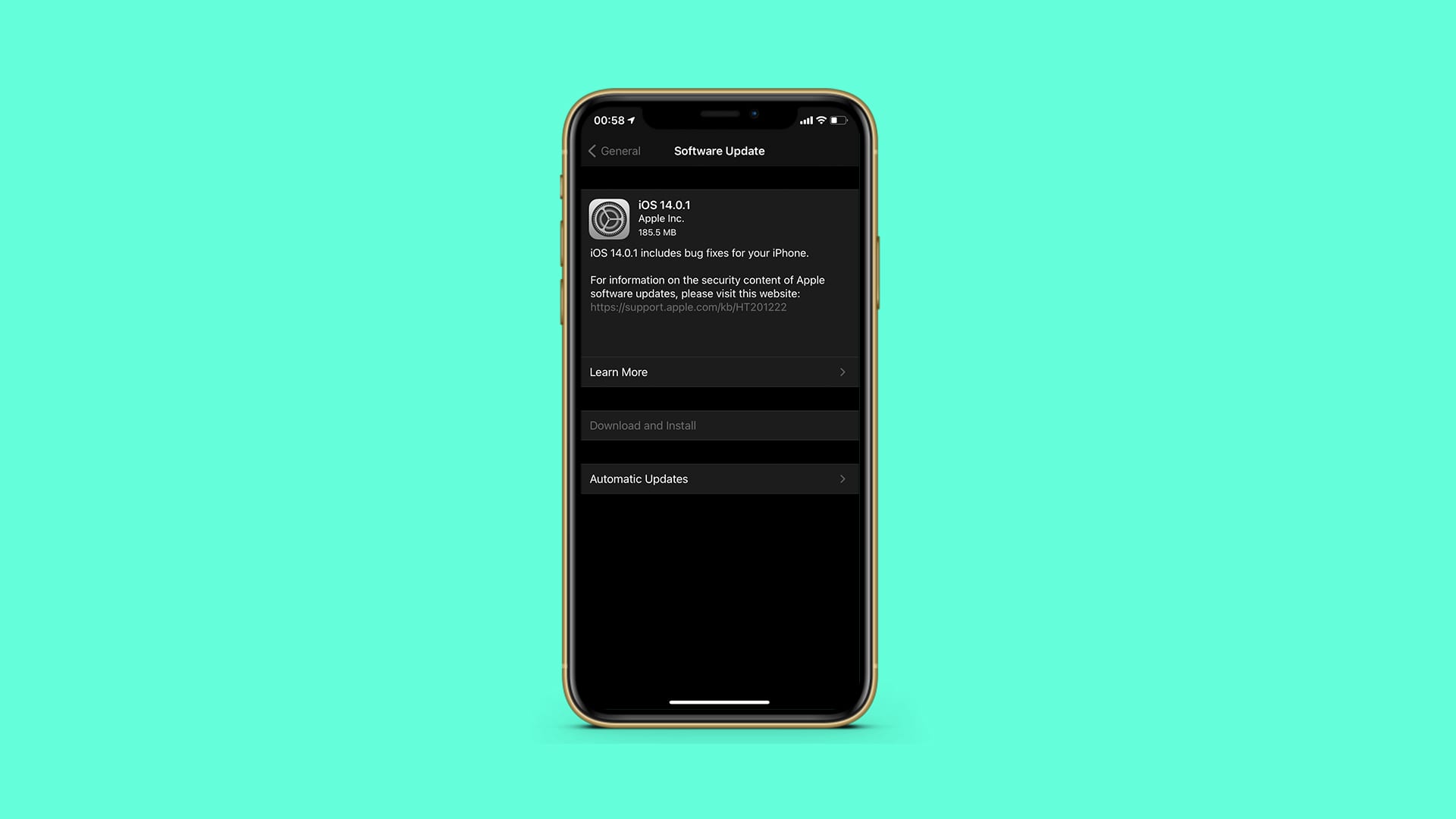 Apple recently released iOS 14.0.1, the first public update delivered after iOS 14. The new update arrived just eight days after the original major update. According to the release notes, the new update should fix some issues reported in the initial iOS 14 version and improve the overall security of the system.

Such a fast update is not a surprise and surely makes sense for Apple, as the company kind of rushed with releasing iOS 14. Not only that the new update caused all sorts of issues for users, but it also arrived just one day after its announcement, leaving developers with little to no time to prepare their apps, which have lead to even more problems.

Here’s the complete changelog of the iOS 14.0.1 update:

Even though the new update, on paper, deals with a lot of original issues, Apple Community forums are still flooded with complaints saying that many have persisted. There are even reports of new problems caused by the latest release.

I compiled a list of the most common problems caused by iOS 14.0.1. This should give you a better idea of what to expect from the update if you haven’t installed it yet.

One of the main complaints about this update is that people are unable to download it. According to reports, the update either stops in the middle of downloading or doesn’t appear in the Settings app whatsoever.

I can’t think of any specific solution, except the generic ones. Make sure you have enough storage space for the update and make sure your phone has enough battery left.

Problems with SMS and messages on iOS 14.0.1

The refreshed and improved messaging app surely didn’t make a stellar debut for a handful of unlucky users. Namely, people have been reporting various issues with the Messages app on iOS 14.0.1. From disappearing messages to notifications that won’t go away.

This isn’t too big of a surprise, since Apple drastically revamped the app on iOS 14, so a few bugs or imperfections may have slipped through developers’ fingers. The only thing you can do if you’ve experienced any problem with Messages on iOS 14.0.1 is to wait for Apple to iron things out in future updates. Given the number of complaints, you probably won’t have to wait for too long for the fixing patch.

Sharing your internet connection with another person can be a lifesaver. For them more than for you, but you still get the satisfaction of doing a good deed. Unfortunately, that’s impossible on some iPhones running iOS 14.0.1.

If you were unlucky enough, your iPhone’s hotspot feature might not be identifiable or it could be missing completely. Here’s what one user said on Apple Forums about this problem:

“Hi there, Can you use hotspot in iOS 14.0.1? other devices don’t identify my hotspot! If you know anything, it would be appreciated to let me know about it. And I have an iPhone 7 by the way.”

Similar hotspot issues were reported in previous iOS 14 betas, so we could say the problem just transferred to the stable version for some users. Although there’s no universal solution that deals with the issue, a few testers reported they managed to overcome it by changing the hotspot APN, so you could try the same thing.

Unfortunately, not every user can participate in this “competition”, as people have reported that widgets don’t work for them on iOS 14.0.1. Now, these reports aren’t very clear, so I can’t tell whether it’s third-party or stock widgets people complain about. But I have a feeling it’s mixed.

Anyway, if you’re having problems with a third-party widget, you should probably give some more time to developers to polish it. As a reminder, Apple kind of rushed with releasing iOS 14 last week, leaving many developers with unfinished products.

On the other hand, if a first-party widget won’t show, or you can’t resize it, or it bugs you in any other way, you’ll probably have to wait for Apple to release a fixing update.

Battery life problems mostly date back to the original iOS 14 release, and it seems that the problem just hasn’t been solved yet. In fact, forums and social media sites are flooded with reports of “worse battery life”.

Right now, there isn’t too much you can do to prevent the battery drain. You can try some general measures that should help you preserve the battery life (low power mode, adaptive brightness, etc.) until the patch arrives. On the other hand, a big number of complaints could prove to be positive, as it should force Apple to deliver a fix sooner.

This isn’t the whole list of issues reported on iOS 14.0.1. However, I feel most of the problems I didn’t mention here occurred in the initial version, so I decided to leave them out. Since the new iOS version appears to be troublesome, we’ll dedicate a few articles to individual problems (and try to solve them, if possible).

What’s your experience with iOS 14.0.1 and iOS 14 in general so far? Feel free to let us know about your problems in the comments down below.

Since the update I can only use WiFi. If I’m out and using mobile data all I get is buffering. Nothing loads or refreshes. Which made for an awkward moment when my bank app wouldn’t load and I had to go in to a bank and pay to have money transferred. So I could make a purchase. Olden days style. I’ve tried every troubleshooting, reset, restart options I can find short of a full factory reset. Everything that it supposed to be on, is. I have plenty of data available. I can send texts and make phone calls without WiFi,… Read more »

my keyboard is horrible keys wont press and the screen is all over the place, does anyone have the same issue??

After upgrading to iOS 14.01: iphone photos widget is grey and says no content available

At this moment I have to fully recharge my iPhoneX 2/3 times a day! In this pandemic situation 99% of my communications are made throughout Teams at PC, having my iPhone connected to Carrier and Wifi at home. I am not almost using it through the day and even so the battery goes away in hours!!! Terrible

I cannot get my emails AFTER the
14.0.1 update. It worked fine after the iOS 14 update but 14.0.1 has stopped emails from updating and I’ve checked and set all settings, rebooted, deleted email app and reinstalled and still NO emails!!!
iPhone X . I NEED HELP NOW!!!! Also the text suggestions are slow loading and the earpiece volume is low. I’ve cleaned the earpiece screen and all volumes are turned to highest levels. I have to use speaker to have a phone conversation which is not always good.

Stacked widgets go grey and if I click on one of the greyed out widgets in the stack taking a blind guess on what it might be, it would sometimes work and sometimes not. They are native apps: weather, reminders, shortcuts to notes, shortcuts to phone calls etc. The widgets work on their own but not when they are stacked.

I’ve just experienced a complete system freezing and not responding to anything. I barely turned it off.