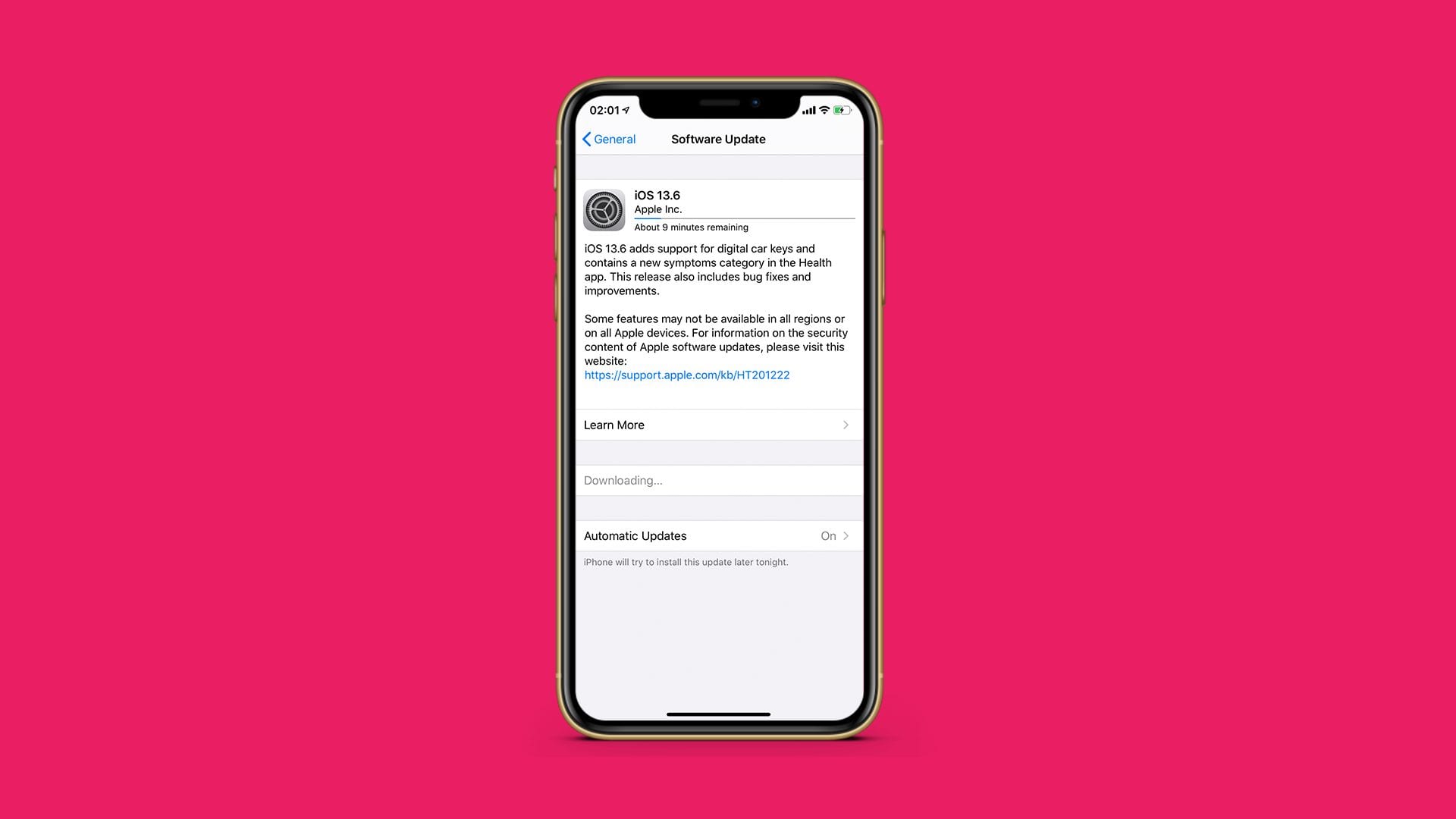 Apple just released iOS 13.6 for all eligible devices. Unlike previous minor updates, this one actually introduces a few new features, along with fixes for some of the known problems reported in the previous iOS versions.

The highlight of the new iOS version is the introduction of Digital Car keys. This feature allows you to use your iPhone to unlock your car. It’s currently only compatible with the newest BMW models, with more options coming soon.

There’s also a revamped version of Apple News+ that introduces Audio Stories, along with some other improvements to the app. You can read the full iOS 13.6 changelog here.

But how does iOS 13.6 perform in terms of stability? The good news is that, unlike iOS 13.5.1, the new iOS release doesn’t cause too many problems for the users. At least for now. Although the new update is still young, and potential complaints are yet to be reported, I’m optimistic iOS 13.5.1 won’t be as troublesome.

Nevertheless, I’m going to tell you about a few problems that I managed to dig up. Now, you should keep in mind that these are individual cases, which means you may never encounter any of these problems on your iPhone.

Connectivity seems to be the biggest and the most widespread problem for users on iOS 13.6 so far. While some users are reporting the problems with WiFi, others are complaining about mobile data issues.

Here’s what one user says on the forums:

“Good day. After installing iOS 13.6 my phone at times go offline ‘No Service’. I have to reboot my phone always.”

There aren’t any known solutions for the connectivity issues on iOS 13.6 right now. And I don’t think anyone will address this problem until more people report it. But let’s just hope you won’t encounter it in the first place.

A few users also said on Twitter that they’re either having problems with Face ID on this update, or that the problem started with the previous update, but Apple still hasn’t addressed it. I personally noticed I couldn’t unlock my iPhone 11 with the face mask on, which is a bit strange since Apple redesigned Face ID to work with face masks two iOS versions ago.

This one’s a bit tricky. As a matter of fact, many users report that iOS 13.6 has resolved the annoying battery drain caused by Apple Music that used to be a big deal in the previous versions.

However, one user also reported that he experienced a battery drain upon installing iOS 13.6. Here’s what he says:

“I have an iPhone SE 2nd gen and I’ve been experiencing surprisingly hot temperatures and performance issues. I tested it in Geekbench a few days ago and got a CPU score of 1321 and today I got 789. I don’t know if this is because of the later iOS builds . However when using 13.5.1 I got great performance. And long battery life.

Could this be just my iPhone or are others experiencing this as well?”

At the time of writing this article, the cause of the battery drain issue is still unknown. Maybe if more users report the same problem, we’ll get a response from Apple. On the other hand, if no one else complains about it on iOS 13.6, this could end up being an isolated case that you shouldn’t have to worry about.

That’s about it. No matter how hard I tried, I couldn’t find too many reported issues. And even those listed above could easily be individual cases. That’s certainly a step in the right direction, especially if we take into account that users had way too many problems with some of the previous releases.

How’s iOS 13.6 working for you? Have you encountered any problems I didn’t list here? Make sure to let us know in the comments below.

Face ID no longer works for me after updating to iOS 13.6. Tried rebooting, resetting Face ID, and setting up alternative appearance. Nothing helped.

Same here, using Xs Max and the worse thing is they removed my comments from their forum where I asked them to check their firmware and own the issue and release a fix. I myself a software developer and realising now apple just a name now quality is going downhill. visited the apple store too and young lad told me that face id sensor and replacement phone cost me for a price of new. my mistake to leave android never again.

I have been having FaceID problems on my iPhone X since the new update, and also the battery drains very fast.
I reset my FaceID a few times and rebooting without improvement. Is there a solution to this problem?

13.6 update has decreased battery life and I am unable to update contacts on my G5 iPAd nor my iPhone 7.

Very disappointed in this update. When I call various contacts, I am getting a message that this call cannot be completed as dialed. The number I am calling worked just fine 2 days ago. I have about 6 contacts who I can no longer call with my cell phone. Went to Verizon store to get assistance, he finally used his iphone to call the number and he got the same message. He thought it was from update also. I hope they get a fix for this. Ridiculous.

only thing I’ve noticed with 13.6 is that the only “recent calls” that show up are Face Time videos, of which I have few.

13.6 is like everything else Apple does as soon as they start pushing to many updates I know I’m going to have a battery drain. After this I’m moving to another OS I have 1 POD 2 IPAD 2 IPHONES that are junk This is the last time I deal with Apple. I saw this coming again.