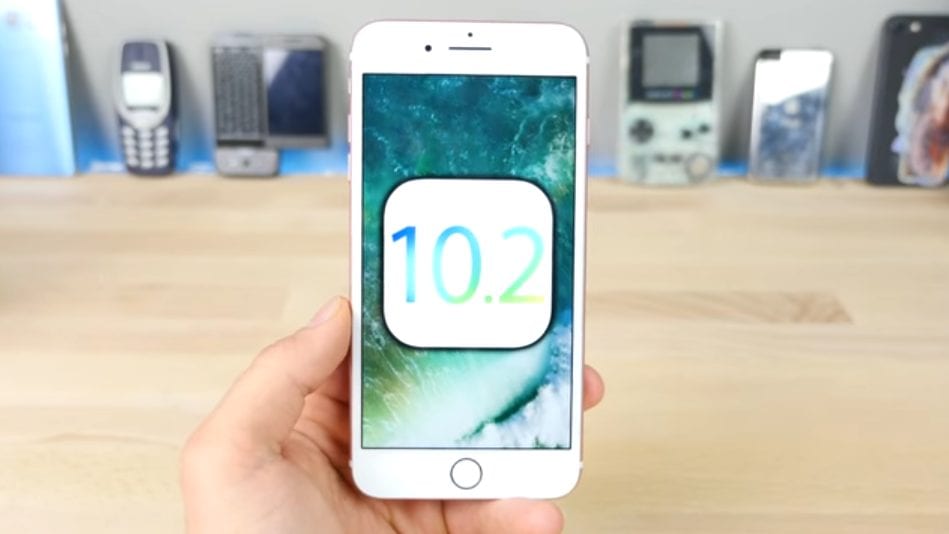 iOS 10.2 update is available for users worldwide. Apple decided to pass through a few beta stages and the final product is finally out. Last available update was iOS 10.1.1 that only fixed a few issues.

The main idea was to fix some known bugs and crashes, but at the same time, implement some interesting novelties. One that deserves mentioning above others is TV app (available only in the US) that will provide a better experience, along with tracking favorite shows and films. Also, we have some interesting cosmetic upgrades and witty implemented shortcuts.

While there are many bug fixes concerning apps and overall system stability and performance, some issues reached to our attention. We wandered through iOS forums and found some problems that we’ll report about. So, check out the most repetitive problems that are bothering users who installed iOS 10.2.

A problem with most occurrences reported by iOS users is, as expected, the installation problem. Some users have the information that update is available. but they can’t start the installation. Meanwhile, others are informed by the system that software is up to date.  The solution for this problem is not available at the moment. But, we advise you to try a soft reset, and see if that helps.

”Since updated to ios 10.2, battery is draining very fast. Auto-Brightness is on, but while using the phone in outdoor when brightness is full, battery went down from 53% to 42% in just 3 minutes.”

Another user objected that his battery drained in no time since updated to iOS 10.2.

What changed in IOS 10.2 to affect battery usage like this?” 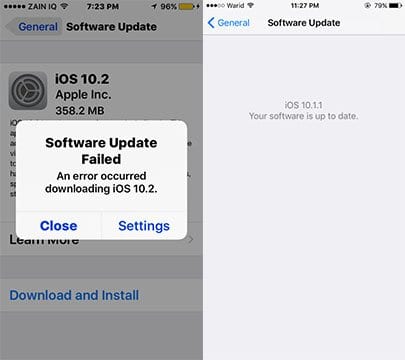 There may be a solution to the second problem. It appears that Battery Percentage is malfunctioning so ‘disable-restart phone-enable’ may work that out.

Next problem on the list is about the WhatsApp app that is incomplete after the iOS 10.2 update:

”I have update my phone 26th September to new IOS 10.0.2 and my whattsapp tones are stuck on tri tone??  No matter what I do it wont change to what I want?  Why is this?  I assume a glitch in the new IOS version?  Will this be fixed?”

In the given thread there is the solution for the problem. Just close the app, and restart your device. This will probably be of use for other”buggy” apps, as well.

One user complains that his photos were deleted from the album after the update. However, we’re are not sure if the problem is somehow connected with the update, since it isn’t acknowledged as a repetitive problem.

The last problem that got our attention is related to verification codes. One user reported about many verification codes that are not accepted. This prevented him/her from downloading and installing any apps to the device.

“I have updated my iPod Touch 6G to iOS 10.2 and There are 2 problems with it. The first is that Apple sent me ton of verification codes and they won’t accept any of them. Is there a way to disable them completely? Secondly, every time I try to install an app on the App Store, none of them will install at all. Can I fix this, or is it a really bad bug?”

Luckily, the good folks of the community posted a solution. We are giving it here in full:

That’s about it for the problems reported so far. We hope this article gave you enough information about the newest updates issues. If you are having some other problems or a possible solution for the presented, please be sure to write it down in the comments section.

We are glad to help! Thanks for your feedback.

We are glad to help! Thanks for your feedback.