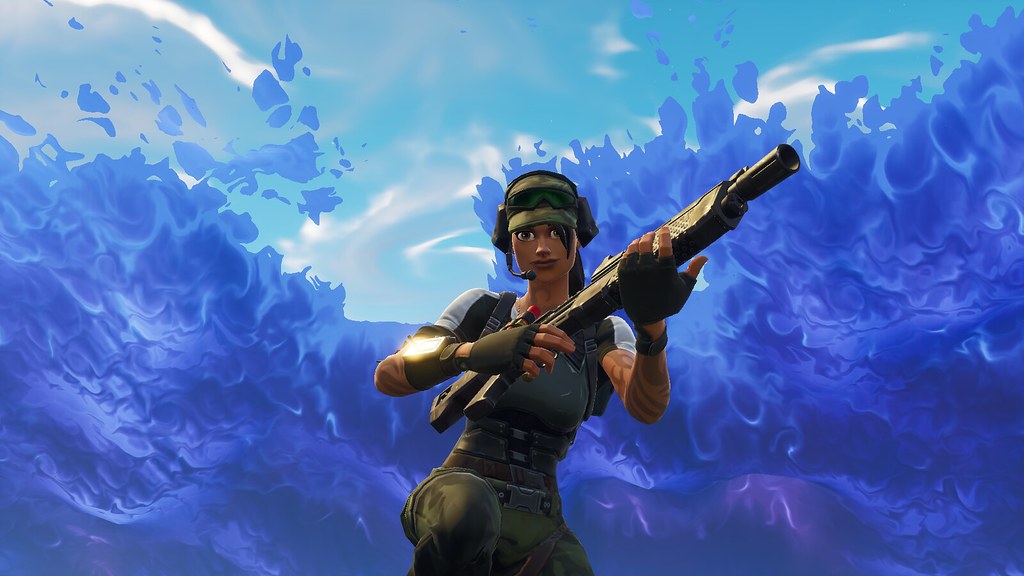 Epic Games recently made a bet on itself that Google will find Fortnite too irresistible and allow it to the Play Store with a special treatment on top. Namely, Google takes a hefty share of 30% from developers on all-in app purchases made through its platform. These are the rules developers must follow if they want their apps in the Play Store.

However, Epic Games counted on Fortnite’s millions of players to be its ticket around Google’s regulations and submitted the game to Google Play in the hopes of a special exception to the 30% rule. Google rejected the proposal.

As it appears now, neither Google nor Epic Games will ease up on their original stands, which means Fortnite is unlikely to appear in the Play Store anytime soon.

What does it mean for Fortnite players who want to enjoy the game on their Android devices? Well, while iOS users can download Fortnite from the App Store, Android users will have to go down another route, which may be fine for some, but others will probably have a few questions about the legitimacy of the process.

Let’s break it down.

Fortnite is not a regular Android game you play while sitting on a toilet. It’s a full-fledged PC/console game scaled down to work on a handheld device. And as such, it requires a lot of resources to run smoothly on your Android phone.

That being said, you’ll probably need a flagship device to even be able to run Fortnite. The official list of requirements is as follows:

How to install Fortnite on Android

As Fortnite isn’t available in the Play Store, Epic Games opted for a method called sideloading. Although it sounds complicated, it’s basically a name for installing an app from a source other than the OS’ official app store (Google Play Store). So, you’re probably familiar with the concept.

However, installing Fortnite is a bit different from installing other APK (Android Package Kit) files. You need to download Epic Games APK file, install the app, and use it to download Fortnite. 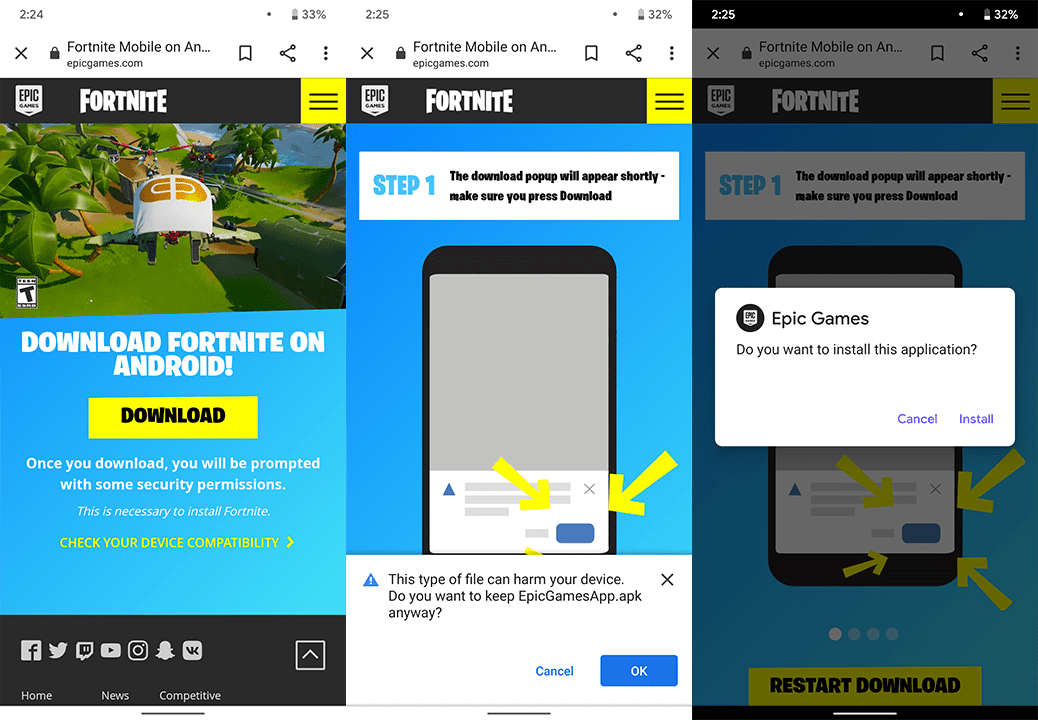 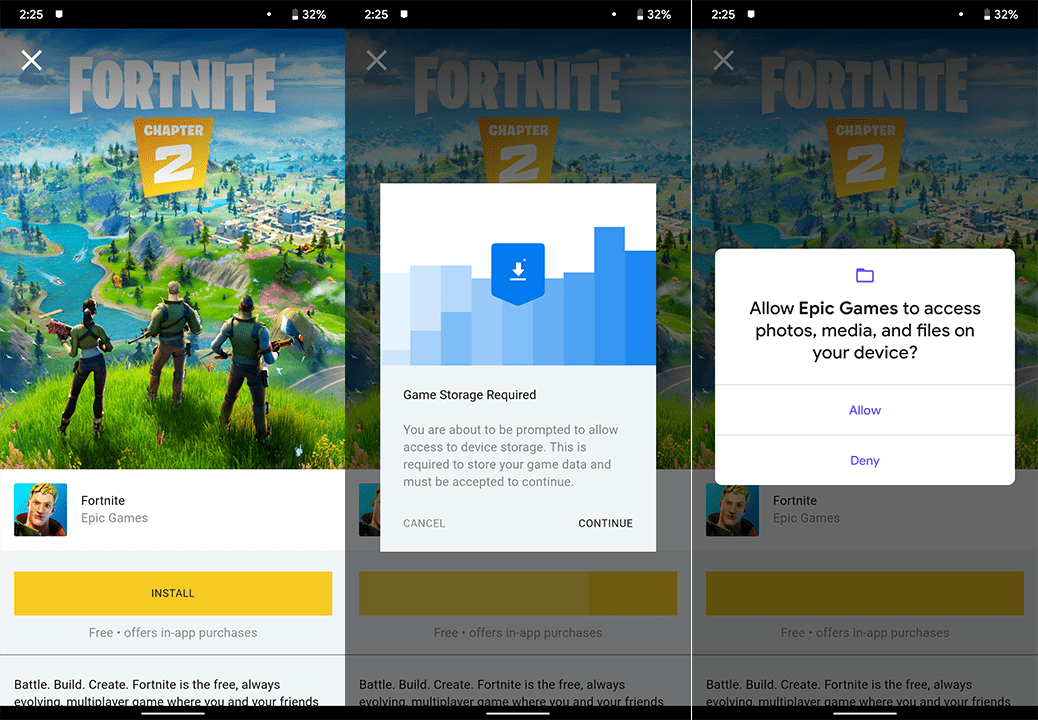 Now, proceed with setting up Fortnite on your Android device: 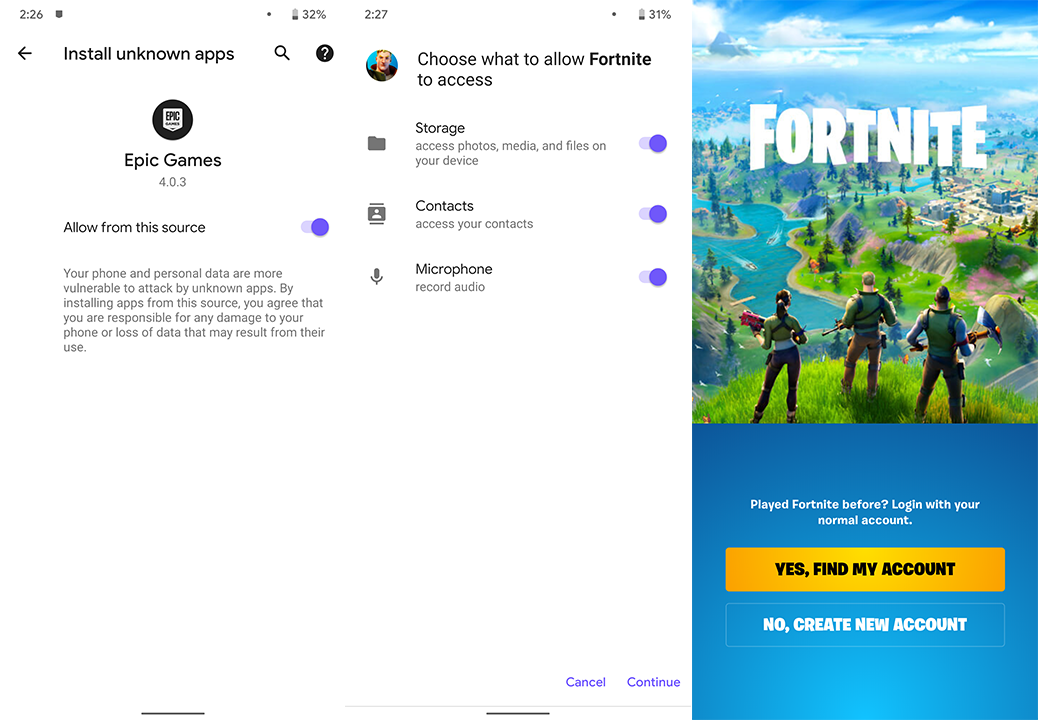 Is the Fortnite APK safe?

Now, let’s get to the main point of this dispute. Why would Epic Games even want Fortnite in the Play Store, and why do so many people care about it?

First, let’s get obvious out of the way. And that’s, of course, the reach Google Play has. It’s probably the only app store (or more precisely, a place to download apps from) an average Android user visits. If you want as many people as possible to know about your app, you put it in the Play Store. That’s clear to everybody, so there’s no need to discuss it further.

Another important component in the equation, and the most important one here, is security. It is generally considered that apps that come from Google Play are safe and trustworthy, as Google keeps investing big in security features that should keep the store as clean as possible.

On the other hand, apps from third-party sources are not checked for vulnerabilities. That’s why it’s easier for hackers to exploit a third-party APK and hijack your phone. These risks are the reason installing third-party APKs is not enabled by default on Android devices.

However, the Fortnite APK is different from shady APKs of cracked premium apps people occasionally download from fishy websites. The whole team of developers stands behind it, as Epic Games knows how much people value security these days. So they don’t want to lose potential users by allowing some vulnerability to slip through. Right?

Well… That’s probably correct. But, there was a vulnerability in the Fortnite installer APK, found last year by, what a surprise, Google. Namely, the vulnerability could allow hackers to hijack the app through a Man-in-The-Disk (MiTD) attack.

Check Point also found a bug in Fortnite’s infrastructure, per ZDNet, that could allow attackers to access user accounts. According to some reports, over 9 million accounts were hacked.

Now, back to the statement that Epic Games is a big company. All the vulnerabilities have been patched since, and we haven’t had a report on Fortnite security issues in over 10 months. We can also assume that the company has learned from its mistakes, as it stepped up its security game to prevent further trouble.

In the end, it all comes down to your personal preference. If you care about playing Fotnite on your Android phone, you can bet on Epic Games and hope attackers won’t find their way around the code. If you don’t like the whole sideloading idea, and have more trust in Google, maybe you should pass on this one.

But in this day and age, when multi-billion companies are being devastated by cyber-attacks, can you even be so sure?