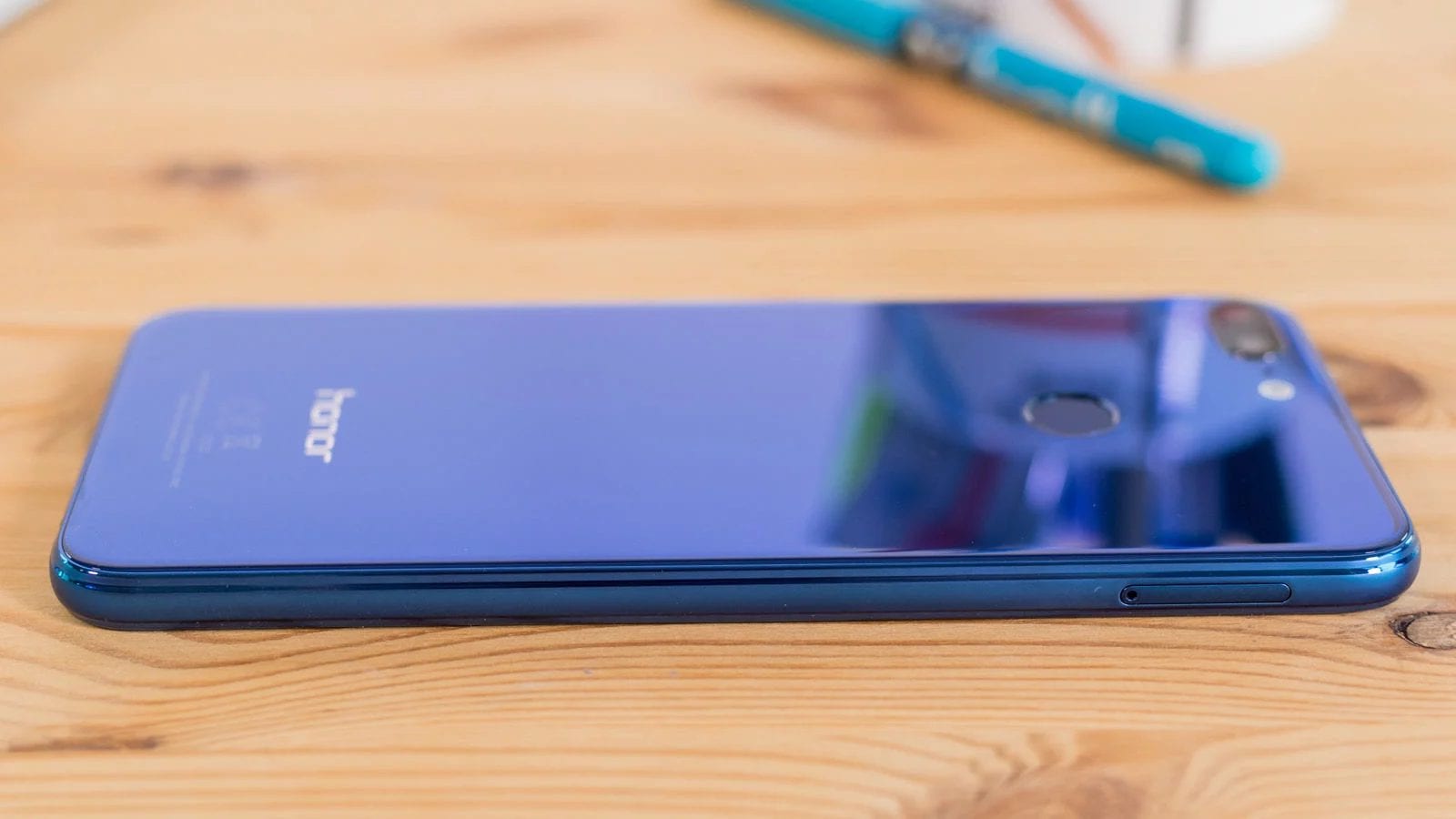 Huawei’s subsidiary, Honor, does make some good phones. Their Honor series (closely followed with the Honor Lite series) is a nifty bunch of amazing handsets and the sales are showing people like what they have to offer for more than the affordable price tag. Today we’ll be talking about one of the most interesting devices from the last year, the Honor Lite 9. We decided to tackle head-on most prominent issues this handset has and provide you with solutions.

If you’re a proud owner of this, both visually and performance-wise, spectacular device and having some minor problems, check the list below.

This isn’t uncommon for a feature-packed device which the Honor Lite 9 certainly is. Sometimes the problem is, of course, that you get used to a certain performance, a certain battery longevity and Screen-on Time, so even the smallest discrepancy gets on your nerves. Not in this case, sadly. Users reported a noticeable drop in the battery life after some time.

Now whether this is provoked by a firmware update, or you’ve made certain changes to a way you’re using your device – we can’t say with certainty. What we can do, on the other hand, is offer you a few ways to improve your battery life substantially. Check them out below:

Wi-Fi performance on Huawei-made devices was always above the average. And that’s basically the same on the Honor 9 Lite. With one little bug being an exception, and that’s the Bluetooth throttling the Wi-Fi. We run into this error and we ensure you that a simple system update addresses this completely. Until then, you can opt-out of Bluetooth while roaming online.

In regards to Mobile Data issues, some users reported problems with VoLTE, where there are unable to connect. We strongly encourage you to restart your handset and check the SIM card positioning. Also, resetting the APN settings might help. Here’s how to do it:

In addition, if you’re still stuck with particular Wi-Fi or Mobile Data related issues, the explanation on resetting Network settings is at the bottom.

Although be advised, this will clear all saved SSID passwords, remove Bluetooth pairings, and reset APN settings.

With the introduction of GPU Turbo mode which substantially improves the in-game performance, users were hoping for even smoother and fluent experience. However, some of them reported various lags and freezes.

Now, this only applies to users with the fully stock ROM. If you’ve meddled with custom ROMs, we can’t help you and the only thing we can suggest is reflashing the latest stock ROM.

On the other hand, if lags and freezes were triggered by an update or started suddenly on the official ROM, make sure to check the steps below in order to fix or at least reduce them:

Users are quite loudly asking for a multitude of features the stock camera app is missing. And they have right, as the back dual-sensor combo deserves a better software support. There’s only so much you can do but wait in regards to camera bugs. Honor promised some improvements and, since they used to deliver until this day, we can expect them soon enough.

For the time being, if you’re not satisfied with how the camera performs or by the lack of AI support, try a third-party camera from the Play Store. Also, here’s the list of some general troubleshooting steps when it comes to camera issues:

5: The display is pixelated or reddish

Users also have had a hard time with the pixelated display in some third-party apps. This makes the content gloomy and barely readable. Others, on the other hand, reported that the red hue is too dominant, so the display has a reddish tint. We encourage you to update your device as soon as possible if any updates are available at the moment.

Also, if you want to be handy on your own, follow these steps to resolve the pixelization issue:

And these should help you resolve the reddish tint:

We already mentioned Bluetooth negatively affects the Wi-Fi for some reason on some Honor 9 Lite devices. Besides that bug, we have gathered more than a few reports about a failed Bluetooth pairings or crashing connection. Especially while using wireless headphones or car system.

This is quite an underwhelming issue for users who like to link their handset with a plethora of devices, but a firmware update should fix it. Meanwhile, while we’re waiting for Honor to do something about that, give this steps a shot:

Out of all complaints (and there’s not many of those to start with), the audio output and overall sound on the Honor Lite 9 get the most negative impressions from the community. This applies both to the sound while playing multimedia files or while talking on the phone.

It’s hard to expect miracles from a budget (or low-midrange device) like this, but we also can name a few from the top of our head which does have much better sound quality. Now, we might expect some updates in the future but the thing with this mono speaker is that it’s just, well, not that good at all. And you can’t do much about it.

There are some things OEMs need to cut in order to make the mid-range or budget device priced at that range. Those cuts don’t apply to the fingerprint scanner, luckily. The back-placed fingerprint scanner on the Honor 9 Lite is as snappy and responsive as it’s a much more expensive device in question. However, some minor issues might emerge from time to time, and they’re most of the time related to software.

A simple restart can take you far in resolving minor hiccups like a temporary unresponsive fingerprint reader. With that in mind, if you’re indeed stuck, follow these instructions:

Finally, the last but not least place is reserved for rare overheating occurrences. Now, don’t mistake a slightly hot on touch phone with the overheating. If you’ve played a graphically demanding game for some time or charged your device, it will get hot.

However, if it gets hot even when it’s in the idle state, then we’re looking at the possible overheating and that’s not something you want to neglect. With the gaming mode and the GPU Turbo at play, this handset can do great but, in comparison to Honor Play, it doesn’t have a specialized cooling system.

That’s why you should leave it be while charging (fast chargers will heat up the device fast) and also remove the case. On the other hand, if the phone is hot at all times, consider resetting it to factory values and, eventually, taking it to the responsible official service for mandatory tests.

After these, we can conclude this article. Have in mind that these are isolated issues (with the sound being an only exception), and that there’s a high chance you’ll never see any of them. So, don’t let this discourage you from acquiring this great device.

Also, tell us about your issues with the Honor Lite 9 in the comments section below. We’ll be glad to help if capable.

Dear sir..i bought honor 9 lite and after some time now it keeps restarting by its own i changed the battery but the problem keeps going on ..i am very tired of this please send some solution

Hello, my problem is Google not working properly after last update, its like they don’t won’t me to use it as I didn’t allow the huawei search engine x or is it just a case of lagging and should I just delete and download again? Any ideas would be greatly appreciated, thank you x Chrome works fine though

I had downloaded some apps from google play but on opening, they keep bouncing back to homescreen. How can i solve this.

After resetting my mobile automatic brightness is no were seen in mobile. So how should I resolve this problem

i have NFC issues, my nfc do not turn off or turn on, i read iranian site all people in Iran buy this phone have this problem but their NFC is always on and dos not turn off, and this issues using battery a lot

Same has just happened to mine so annoying.

I have been experiencing problems with my email account syncing to my honor lite handset. Emails are fine on my laptop but on my phone, the title shows but the full email isn’t loading. Can you help?

Brand new phone with new sim. Partner set it up but overnight it went funny and demanded a factory reset and now won’t recognise any google account that we thought we set up. How do we get past that?