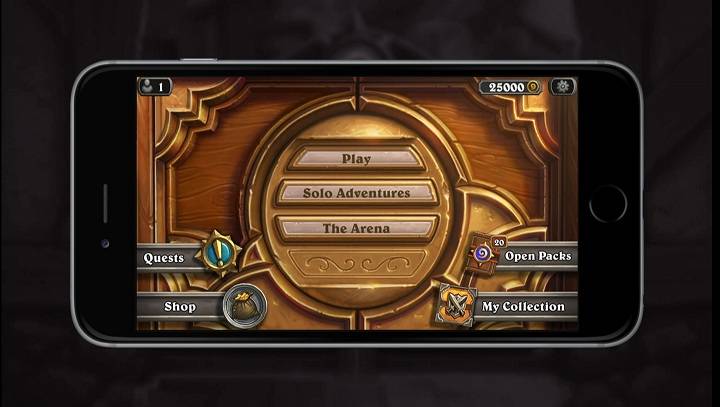 Hearthstone is one of the most popular multi-platform games today. If you’re into card collecting and online competitive matches, this is the game you should give a try.

Since this game can be played on most platforms available at the moment, besides the PC/Mac, you can play Hearthstone on the move on your smartphone or tablet. The games is a fan favorite on iOS but it’s not without issues. One of the fundamental issues that seem to occur frequently is crashing. For that purpose, we prepared some of the solutions that may help you enjoy the game without annoying crashes.

If your Hearthstone in iOS is crashing, check the list below.

How to resolve Hearthstone crashes on iOS

The first step you should take before playing the game is to check the system requirements. Some of the PC games can be forced to start on the lackluster specs, but that’s not the case for the handheld devices. So, make sure you have the required device with the demanded iOS version before downloading the game in the firs place.

Allegedly, the main reason for this bug is the connection problem. Namely, after the latest update, you’ll game will crash if the connection is unstable or weak. That will result in the lost matches most of the time. In order to prevent that, make sure to follow these instructions:

On the other hand, this isn’t the only bug at hand. The update generated a lot of issues and iOS players are quite stressed about it. Another bug that causes crashes is related to the gameplay itself. Namely, it seems that after the players touch minimized cards, the game suddenly crashes.

Because of that, the simplest way to overcome this issue is to keep your hands off the minimized cards. Blizzard has promised a resolution, but until it finally occurs, don’t touch those cards.

It’s a bit generic workaround, but it’s still no less important. If your app isn’t up to date, there’s a chance that the game will crash on its own. In addition, some of the issues may be resolved with the latest update. If auto-update option is enabled, the game should be up to date. However, it’s worth checking manually just in case something went wrong.

This is how to update Hearthstone on your iOS device:

There were cases where the users were unable to download and install Hearthstone update. For that, you can check the next step.

If the current version you’re running is not known for frequent crashes, you may have an individual problem. And what is better for resolving app hardships than a reinstallation. Now, follow these instructions to reinstall the Hearthstone app from a scratch:

At the end, if that wasn’t helpful and your app is still crashing, there’s only one solution you can turn to…

Wait for the updates to resolve it

Like many other excellent games/apps, developers from time to time have the custom to wreak havoc with the updates. Same goes for Hearthstone on iOS. But, if they are to be believed to, the upcoming patches should fix a multitude of issues, including the crashes we are addressing today. So, if you’re able to run the game on other systems, we advise you to put the iOS version on hold.

They should fix it eventually.

That should wrap it up. In case you have some questions or suggestions of any kind, give us a shout in the comments section. We’ll be thankful.