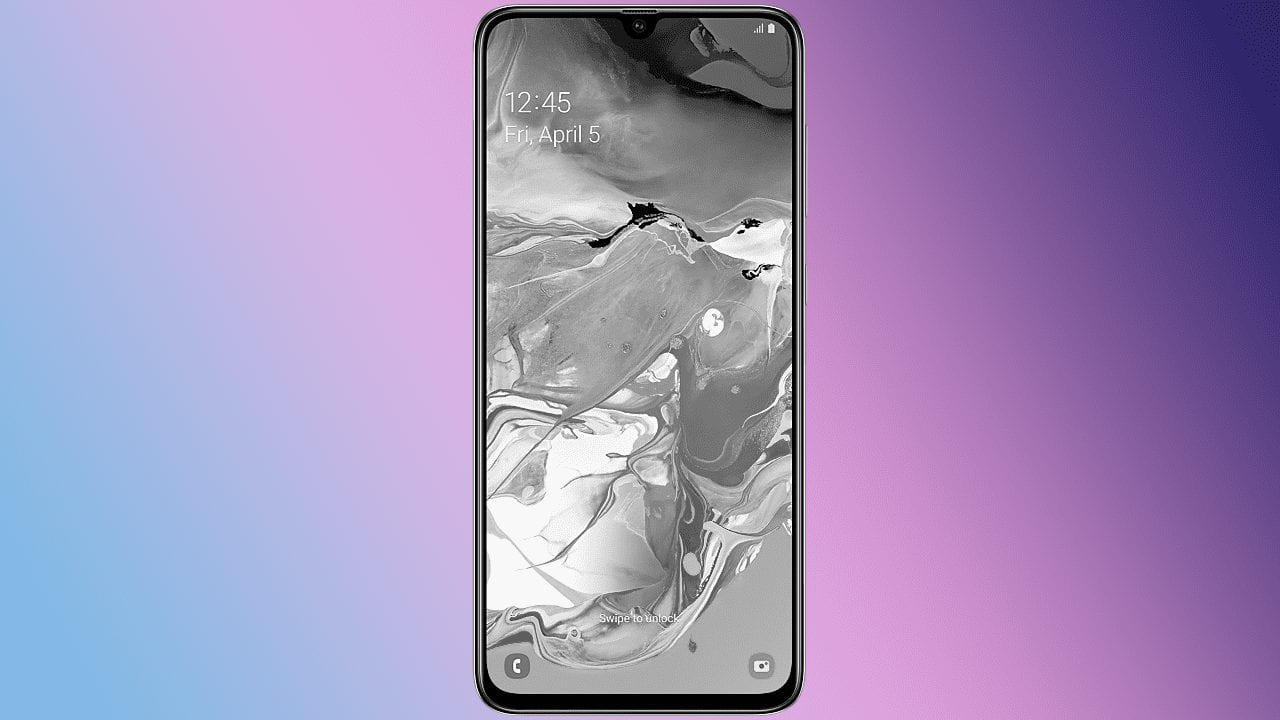 Samsung has firmly re-entered the midrange segment this year. Users already love the company’s budget champion, the Galaxy A50, and its bigger brother, the A70, only improves on an already strong base.

Sure, the A70 might not be the best value for money in the whole A series, but it offers something authentic. It brings a good portion of the Galaxy Note experience with its huge AMOLED display. Only for the chunk of the price. If you value big phones, but don’t want to spend a small fortune, the Galaxy A70 is a way to go. You probably think the same way, and that’s why you just bought this device.

But then, the first problems start to appear. And there aren’t too many things as annoying as problems on a phone fresh out of the box. That’s why I compiled a list of the most common problems with the Galaxy A70 for you. Just find the issue that’s bothering you, and you’ll either find a solution, or understand the problem better.

Note: All the issues mentioned in this article are individually reported cases, and they might never occur on other devices. If you’re looking to buy this phone, and stumbled upon this article while researching, DON’T take these problems into consideration.

Apparently, users are having multi-touch issues in games that use the movement stick, like PUBG. Namely, when you drag the stick to keep moving, it stops registering your finger, so you have to lift it and press the stick again.

I couldn’t find a solution to this problem anywhere. That means Samsung will probably address it in an update. However, there are reports about users already receiving an update that claims to fix the multi-touch issue, but it still persists.

I can only advise you to keep checking for new updates, and hope for the best. Hopefully, Samsung will deal with this problem once and for all in the future.

One user has reported on Samsung forums that he’s unable to connect to his home Wi-Fi network. Other than that, Wi-Fi doesn’t appear to be the problem on the A70. Nevertheless, if you can’t connect to a Wi-Fi network, make sure everything’s okay with your router first.

If you can’t connect to any Wi-Fi network, try some of the solutions listed in this article.

Just like the reported Wi-Fi problem, overheating doesn’t appear to be a widespread problem with the Galaxy A70. However, it’s been reported, so I feel like I should include it, anyway.

If you’re experiencing overheating on your brand new Galaxy A70, try some of the following workarounds:

Another new feature the A series brings to the table is the in-display fingerprint scanner. And once again, the real-life results are great, to say the least. There are numerous reports on the forums about the A70’s fingerprint scanner either being slow or not working at all.

Sure, this is still a first-generation technology, and you shouldn’t expect it to work flawlessly 100% of the time. Plus, the fact that Samsung doesn’t use premium hardware in the A70 doesn’t help. But still, you want it to function to a degree where it’s at least usable.

Some users have reported that the fingerprint scanner started working normally after a few updates. On the other hand, some say the issue persists even on up-to-date devices. So, the only thing left for you, if you’re experiencing the fingerprint scanner issues, is to keep checking for updates and hope for the best. If the problem persists, consider replacing your phone at the store.

A few reports suggest that users are expiriencing lags while gaming. Esentially, this is true, but it’s probably not a problem per se. This alleged lagging issue is actually CPU throtthling caused by a high temperature. In case you’re not familiar with the term, when your phone reaches a certain temperature, it automatically “throttles” the speed of both GPU and CPU to prevent overheating. That process is called “throttling”.

So, if you’ve been gaming for an extensive period of time, your phone will reach a certain temperature, and it will throttle the power of your hardware. Which means you’ll have less resources to work with, and your performance will suffer. Especially in more demanding games.

In that manner, if your game starts stuttering, just put your phone down for an hour, and let it cool off. You shouldn’t experience any more lagging problems afterwards. Additionally, this can also happen if your phone already overheats, like mentioned above. In that case, try some of the recommended solutions to prevent overheating.

That’s about it. As you can see, there aren’t too many things to worry about with the A70, which makes this phone a pretty sure bet. Sure, possible touch screen problems could get annoying but you’ll get used to it eventually. And who knows, maybe Samsung will resolve everything with a future update.

If you have any comments, questions, or you’ve experienced a problem I didn’t mention here, feel free to share it with us in the comments below.

Hello I can hear bleeps on my phone, emails are coming through but it won’t turn on – it won’t even let me turn it off or restart. The phone rings but I can’t answer – help

While talking to phone it touch with ear automatically goes to call hold ..

Yes my wife has the same problem with hers.

The problem I am having is when I am on video chat my mic don’t work and no one can hear me till I plug in my ear buds. Can anyone help?

I have problem with my handset i can listen from handfree but my handfree mic doesn’t working..can anyone tell me

I have the same annoying problem

My wife and I just got the A70 Samsung phone & have had nothing but problems with it in dropping calls. We had new sim cards put in & that helped for about two days now it is dropping calls again.

I wish I hadn’t bought this phone. They need to do a recall on these phones.

I just got my A70 from Xfinity about a week and a half ago. I experienced the dropped calls problem you describe and called the customer care line. They are aware of the problem and so is Samsung. They are replacing my phone under warranty with an A71.

I have so many issues with my A70.
Drops calls
Trouble connecting to calls
Sometimes the touch screen won’t work
So many problems

That is EXACTLY what is happening to my phone and I need it for work!!! I’ve only had the phone since March and have never dropped it.

Hi. Hope everyone is safe & well. It’s only happened twice but my phone doesn’t let me unlock it. I’ve found a way to solve the problem until the update sorts it out but I cant keep on doing it. Keep your finger on your turn off switch until it switches off then wait a few minutes and turn it back on. It works then.

Same! Unresponsive screen having to be soft rebooted ?

volume sucks on the A70 is there a fix

I frequently have the problem, whereas the whole screen of my samsung A70 is unresponsive. Can’t turn off/restart, due to the fact that you need to drag your finger across the touchscreen to select those option, on a phone, where the touchscreen is UNRESPONSIVE. This has been so frustrating. But, however, I accidentally cracked the code, on how to get the screen to respond, at least on my device. (can’t guarantee it works on all faulty devices.) Frantically press the on/off bottom on the bottom right side, while simultaneously dragging your finger across the camera symbol that’s in the bottom… Read more »

Today this happened for the first time on my A70 and your method has worked. Thanks very much.

Disappointed with Samsung
Reply to  Mols

Got the same problem