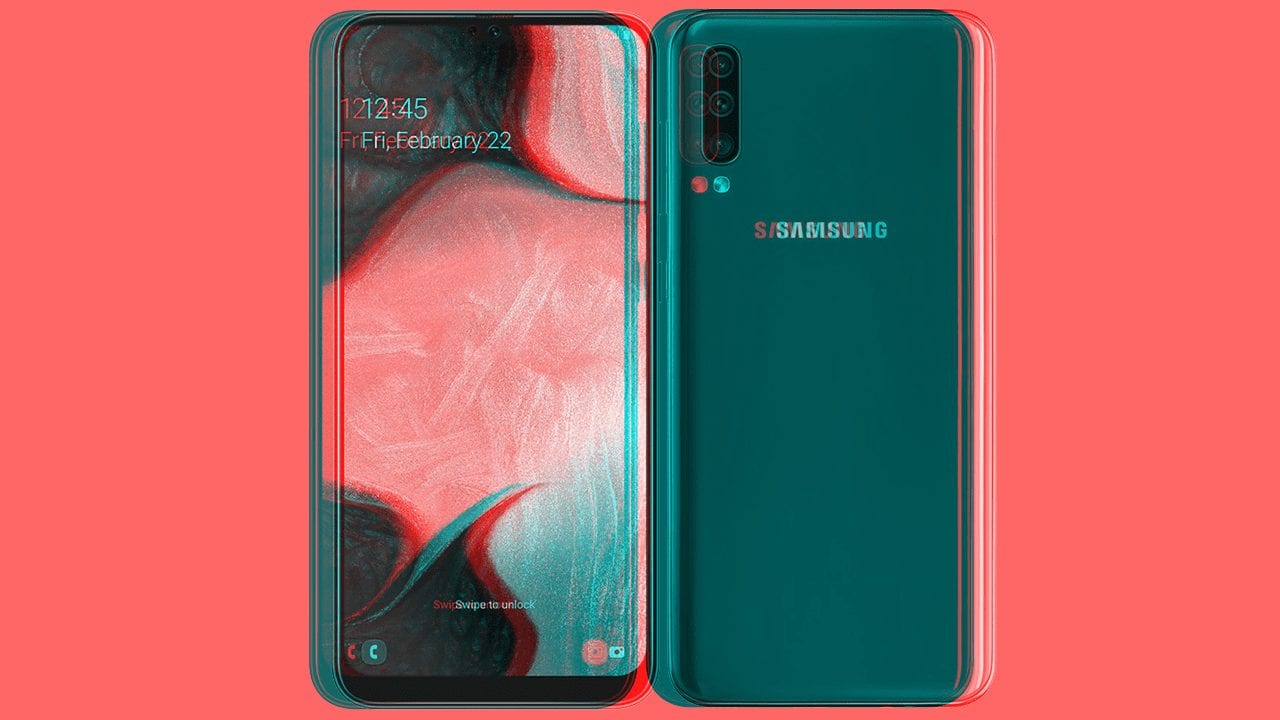 Samsung Galaxy A50 is steadily climbing the ladder to the top of the mid-range segment. It appears that the phone became an instant success, as Samsung reshaped its mid-range strategy to bring an even better pack for the value.

Sure, the Galaxy A50 is an all-around exceptional device. But no smartphone is perfect, as some issues arise sooner or later. And this has nothing to do with the A50 being a mid-range device. After all, the Galaxy S10 has a plethora of issues, as well. It all comes down to how you use your phone.

So, if you recently encountered a certain problem on your Galaxy A50, chances are I’ll mention it in this article. Just find the problem you’re looking for, and I hope you’ll find the solution, as well.

Note: All the issues mentioned in this article are individually reported cases, which doesn’t mean any of the problems will occur on other devices. If you’re looking to buy this phone, DO NOT take these problems into consideration.

Users notice that in everyday use. There are numerous reports of the fingerprint sensor missing the scan or not working properly. If you too have to say a few bad words about the in-display scanner, I’m sorry, but you just have to bear with it and keep in mind it’s the first generation tech that doesn’t work as intended every time.

Sure, Samsung promises software updates that will supposedly improve the fingerprint scanner’s responsiveness and accuracy, but whether that will indeed be the case is questionable. The only thing left for you is to keep your phone up to date and hope for the best. Changing or removing the screen protector could also be helpful, but I honestly doubt it’s the main reason for the slow fingerprint scanner.

If you’re wondering why the LED light doesn’t blink when you receive a notification (as it probably did on your previous smartphone), it’s because the Galaxy A50 doesn’t have one. This is not a problem per se, but maybe you missed this information when researching the A50 before you bought it, so it doesn’t hurt if I mention it again.

If you’re experiencing internet connection problems, try clearing the browser cache and data. If the issue persists, check this article for additional solutions.

A few users reported an unusual Bluetooth problem that prevents them from pairing their phone with a Bluetooth device. Apparently, there’s still no real solution to this problem. Hopefully, Samsung will address the pairing issue in some of the future updates.

Sure, I can tell you to try generic solutions like restarting your phone, re-establishing the connection, check if the Airplane mode is disabled, but I doubt any of these will actually resolve the problem. It won’t hurt if you try, though.

Battery drain is perhaps the biggest problem A50 owners face right now. And when your phone has a 4000 mAh battery, the last thing you have in mind is a battery drain. But it just seems to be happening.

Apparently, some of the recent updates messed up with battery, so there’s really nothing you can do, except waiting for Samsung to release a fixing update. Nobody knows when will it happen, so keep checking every day.

In the meantime, make sure some other factors don’t affect the battery life. For example, go to Settings > Battery usage, and see which app consumes the most power. If you notice something unusual, uninstall or at least limit that app.

In case you’re unable to play Netflix videos in HD, I have bad news for you. Streaming Netflix in HD is not supported on the Galaxy A50! But it shouldn’t be like this, because the Galaxy A50 supports the Widevine L1 DRM, which is enough to play HD videos on streaming platforms.

However, even if the phone has the prerequisites, Netflix is hesitant to allow it to stream HD content for some reason. Nobody knows when/if this conflict will be resolved. What we do know is that some older versions of the Netflix app actually allow HD content, which adds up to the confusion even more.

Nevertheless, if you can’t live without watching Netflix in HD, you can install an APK file of some previous version of the app. According to users, the last working version is Netflix 6.20.1 build 51 31579.

Samsung’s AMOLED displays are great, maybe the best in the business! But the vibrant colors and screen brightness might seem a bit unusual, especially for users coming from IPS displays.

So, if the screen on your new Galaxy A50 appears too bright, it’s just the way Samsung AMOLED displays work and should look. However, you can still adjust some settings to make the screen more appealing to your eyes.

Just go to settings, and change the screen mode to Basic. Even if you’re not satisfied with the end result, give it some time for your eyes and brain to get accustomed to the new vibrant screen.

That’s about it. If you’ve encountered a problem I didn’t list in this article or you have some additional questions, write it down in the comments below, and we’ll try to find the solution together.

I have an A 50 it will not turn on or take a charge was working fine sat it down about an hour later never worked again,did an up date a soft ware update a few days ago. What can be wrong?

Sir my a50 has screen flickering problem. What should i do??
Is it caused by softerware problem or hardware?

my samsung A50phone is acting crazy. this has been going on for 5days. It comes on and off when it wants, its shuts off in the middle of a text or call.why would samsung put out a phone with so many people complaining? this is a wasted expense. Can someone from Samsung address these concerns. Bestbuy you need to address this as you retailed this piece of junk to me. Very angry customer

am also an angry customer..just one month of buying this and already giving me lots of headache

My samsung phone a50 no power,cannot charge..how to fix it?

Mine also has the same problem how did you fix yours?

I’m having the same problem

Not getting charged Getting orange traingle (warning) signal, how to resolve unit sr, ni,R-85000280 April 2019

My A50 showing that “phone is over heating and switch off with in 10 second. Finally off the phone. How do I solve the problem

My a50s sound is distorting terribly with phone calls to the point callers can’t understand me.

My phone just went blank and will not charge

Great for texting but for talking on it it’s awful. I can hear everyone but none can hear me.it breaks up then people hang up because they cant hear me.