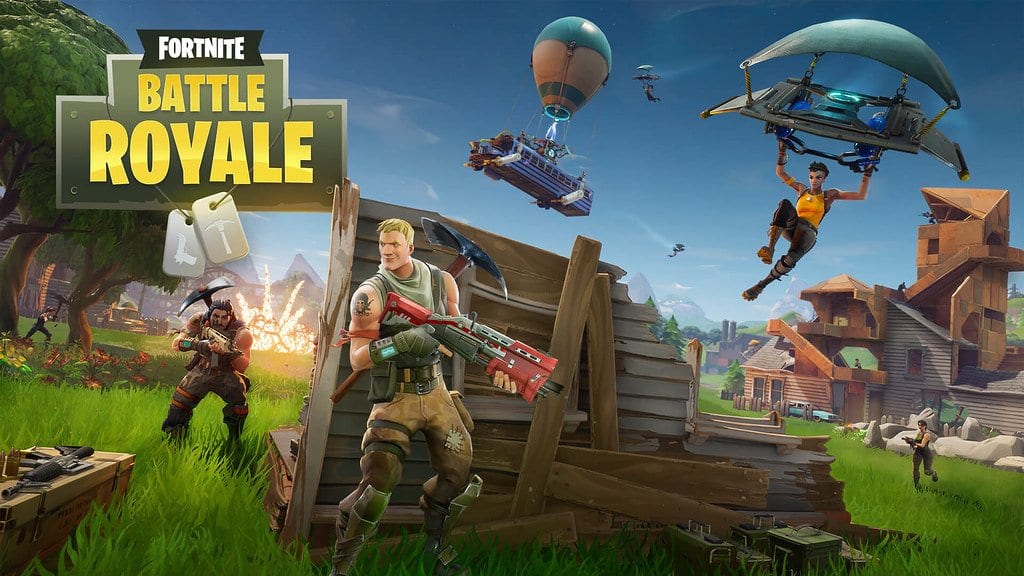 Fortnite is also one of those games that leave no one indifferent. You either love it or hate it. But let’s not forget that, despite its cultural status, Fortnite is still just a game. It’s made of code and runs on your computer/mobile phone. And when something’s made of code and requires a certain platform to run, technical issues happen.

That’s why I conducted the list of the most common Fortnite problems in iOS. So, if even one of these issues prevents you from enjoying Fortnite with your friends or complete strangers, I hope you’ll find a solution here.

Crashing is perhaps the most common problem with just about any game, and Fortnite is not an exception. Not many things are more annoying than a game that crashes on the loading screen, or god forbid, in the midst of a battle.

Since you’re playing the game on your iPhone or iPad, the troubleshooting options are more limited compared to PC. But that also means there are fewer factors that could cause the game to crash. It usually comes down to stacked cache data, a bug caused by a certain update or the background refresh service. And these are exactly our troubleshooting options for the Fortnite crashing problem in iOS.

As a popular game with millions of users, Fortnite receives updates frequently. Frequent updates increase the chance of the occurrence of some bug inside the code that will cause the game to crash. But with the ongoing development and a thriving community, the patch will likely arrive sooner rather than later.

So, just make sure the game is up to date, and the crashing problem should eventually case to exist.

Stacked up cache data can also cause the crashing problem, especially if you’re low on storage. Unfortunately, iOS doesn’t allow you to just go to settings and clear the cache and data, as Android does.

So, you’ll have to completely uninstall the game to clear the cache and data. After that, just head to the App Store and install Fortnite once again. I know, it’s a hassle, but it could be worth the effort if the crashes vanish after reinstalling.

According to some users, iOS’ background refresh feature causes Fortnite to crash for some reason. So, disable this feature, and see if the crashes still persist. Here’s how to do that:

Having your game stuck on the loading screen is equally annoying as crashing. In fact, it’s almost the same type of problem. That’s why we can apply the same principle to resolving this issue as we did with crashing.

Moreover, this issue is likely caused by a faulty update. So, try the same workarounds as for the crashing: check for new updates, reinstall the game and disable the background refresh service. On top of that, try closing some apps running in the background, as there might not be enough available memory for Fortnite to start.

3. Fortnite unable to connect to servers in iOS

There are three reasons you may not be able to connect to Fortnite servers. The servers are down, you’re facing some network connection issue, or your account is blocked.

You can easily check the Fortnite server status on this link. If the server is down, you obviously won’t be able to connect. But don’t worry, no outage should last for too long, and the connection problem should be resolved relatively soon.

In case you’re not able to properly connect to the internet, try resetting your Network settings, or check this article for more solutions.

Epic Games now bans users who access the servers using VPN. So, if you recently used a VPN or committed some other ‘crime’, there’s nothing else you can do except opening a new account.

According to Epic Games, the voice chat feature tends to cause ‘stability issues’ on Android and iOS devices. That’s why the development team temporarily disables this feature from time to time.

Update: After enabling voice chat on iOS we’re seeing an increase in stability issues. Due to these issues we’ve decided to temporarily disable voice chat on iOS and Android devices while we continue to investigate.

Many users report strange in-game sound problems. According to one user of the Fortnite forums, sound randomly cuts every time he’s in-game. The sound briefly returns when tweaked in the settings, but the pattern seems to stay.

As it turns out, there’s a strange connection between Fortnite and the system’s vibration feature. Namely, if your ringer is set to vibrate, you’ll encounter sound problems in Fortnite. So, if the sound problem appears, just disable vibration, and you should be good to go.

If you cannot connect to the game as a Party member, try changing your DNS settings, as a few users reported that resolves the connection issue.

Keep in mind that iOS doesn’t allow for changing the DNS settings for the mobile connection. So, you can only change the DNS of the WiFi network you’re currently connected to.

I recommend one of the two most popular DNS servers, and these are Google DNS or OpenDNS.

Here’s how to change the DNS settings in iOS:

After changing the DNS settings, you should be able to connect as a Party member. Additionally, if one or more of your friends are playing on their iPhone/iPad devices, they might face the same issue, so make sure to share the solution with them.

If you’re experiencing low FPS while playing Fortnite on your iPhone or iPad, try to free up some memory by closing the background apps. Disabling the Background refresh feature could also help.

Of course, a faulty update could also cause low FPS. If you suspect that might be the case, you can really just wait for Epic to release a patch.

The freezing problem is the same one as crashing and getting stuck on the loading screen. So, most of the time you’ll have to wait for developers to release a fixing update. On top of that, try reinstalling the game and disabling the Background refresh service (as shown above).

That’s about it. I hope this article helped you resolve your problem with Fortnite in iOS. If you have any comments, questions or suggestions, just let us know in the comments below.

Im having trouble getting Fortnite to work on my phone everytime i open it i shows the epic games logo then show a loading symbol and does nothing else but that ive opened and closed out of it, deleted it, and reinstalled it, but still not working please fix its getting really annoying Thank you

same, i have a 7 plus and have this issue

Same as mine with iPad, how can fix it?

I don’t know if it’s just me but, lately for the past 2 or 3 weeks i will play fortnite (IOS) and rarely it’ll just freeze and when I turn off my phone the game stays on the screen and then my phone will just shut down and restart. It’s weird.

So basically, just reinstall for any problem. Not much for a list of solutions

I have been having trouble with connecting Fortnite on my iOS with anything on Bluetooth. Lately it is with the ipega controller, otherwise my Jabra Ear Buds and other headphones. Does ANYONE know what I can do?

I recently got new wifi. The game opens, when its about to say “locked party” it crashes. It did not do that before i got the wifi. Any help?

hi… i am able to use fortnite on my ipad pro fine except 2 weeks ago i started getting an issue in play mode. i can not look up or down. any idea?