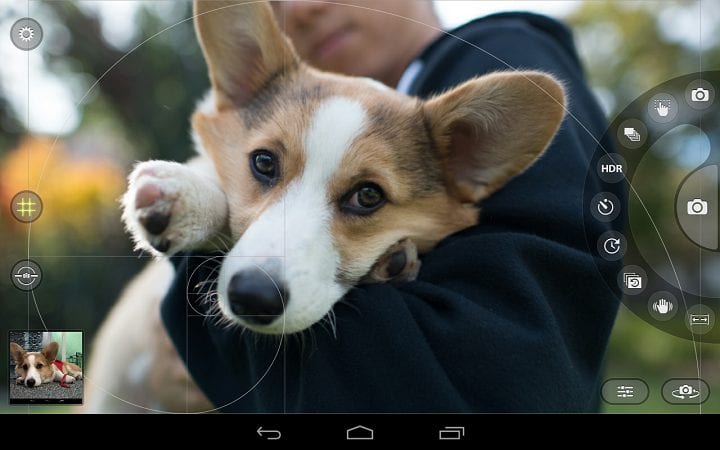 Well, if there’s one distinctive trend of technological evolution it must be unifying. Namely, everything is going towards the direction of a single tool, a single computing device that has all of the features you would ever need.

Smartphones are quite close to that milestone, the true successors of computers in many fields. However, PCs are still not in danger of becoming obsolete while, for example, digital cameras and landline phones certainly are.

Today we’ll try to inspect the Android phones’ cameras and present a timeline of the evolution process. Just a comparison of manufacturers that changed the way we take photos, from HTC Dream to Samsung S7 and later. From potato photographing to capturing pieces of art.

Android Cameras: The Dream of Selfie and HDR

The first Android device was introduced back in 2009, and is called the HTC Dream. HTC Dream had everything you would expect from the revolutionizing piece of technology. But, the camera, well, it wasn’t its strong feature. We all remember handsets like Nokia N95 or Sony Ericsson K800i, past days flagships with amazing cameras.

Our HTC Dream falls behind those two in the camera department. The cameras fell in shadow because of other hardware improvements, but before soon they rose again.

And that was just the beginning of the neverending story with cameras becoming an essential part in the competitive race for the best Android-powered phone. Before long, we had up to 2-3 times higher resolution. Additionally, someone figured out that the camera is not always about pixels.

We are still in the Nokia era, where they had almost 30% market share. Parallely,  Apple was grinding its way to stardom. When Nokia denied Android transition, some new players got in the spotlight. One of the soon-to-be leaders that emerged was Samsung. But Samsung, following the Apple’s, tried to improve all-around hardware rather than investing in major camera improvements.

In the camera department of the Android category, HTC and Sony Ericsson presented multiple models with 8 MP camera, touch-focus, geo-tagging, and face/smile recognition. Everything was spot on but something was missing. Oh, yes, the front-facing camera.

Selfies took over fast in 2010, and that was only the beginning. Apple continued its trendsetting approach with the iPhone 4 that had a front-facing VGA camera. Samsung followed closely with the Galaxy S, the first in the line of series that raised South Koreans to the throne of the Android leaders. This hardware novelty (kind of) was just the response to a market demands, with Facebook and  Instagram taking over. For everyday use, the digital cameras were obsolete due to sharing boundaries. Phones did that so much better. You take a photo, polish it and update it to your social networks in no time. Soon before long, selfie cameras reached 2 MP.

Ok, we got ourselves front-facing camera while the primary cameras improvement stalled. However, one thing was mandatory in order for manufacturers to turn back again to camera improvements, and that was the display size and resolution. A 4-inch display with 480p resolution proved unsatisfactory. So, the phone size started to change, because of both extended displays and improved hardware.

The handsets that were once known as phablets (offsprings of phones and tablets) moved up to 5.3 inches and the 5-inch phones become everyday standard. With thinner bezels, the difference was not as noticeable as some would expect.  Even though the vast population approached it with the dose of skepticism – photo enthusiasts and multimedia fans were ecstatic about HD. The first model that introduced 1080p display was HTC, with the HTC DROID DNA.

In 2013, Nokia was still the leader in the camera department, but the outdated OS was the reason for the decline in market share. Moreover, this was the year of cameras for Android OEMs. The focus was on camera sensors, new software features, and full-HD displays. In January 2013, Sony presented Xperia Z – the first phone with a full-HD display. It packed 13.1 MP camera and Superior Auto mode that automatically adjusted image parameters. So, software was closely following hardware improvements. 8 months later, Sony introduced Sony Xperia Z1 with vastly enhanced camera resolution and brought the much larger sensor. Until 2013, the standard sensor size was 1/3”, but the Z1 received  1/2.3″ with astonishing 20.7 MP.

In the next two years, Samsung and Apple made a breakthrough with the camera all-around quality. Besides minor hardware upgrades, third-party app developers created a large variety of camera apps. That, of course, inspired OEMs and Google to create better support for already great handset cameras. The inferior digital image stabilization is replaced with optical image stabilization which greatly increased photo quality while decreasing blur and shaky effects. The RAW format was introduced and the photo quality was much closer to dedicated cameras.

Nowadays, exquisite cameras are not only made for high-end flagships. The Chinese companies entered the equation with great devices available for affordable prices. In a period of 10 years, we get to take semi-professional photos without expensive digital cameras. And who knows what we can expect in next couple of years.

Now, in 2017, the competition for the best camera is much stiffer than before. We can expect a lot of hardware changes and the cameras are included. They are not DSLR level at the moment, but then again, these are highly expensive professional tools. However, when it comes to software, the features are not far behind.

What are your favorites for the best camera ever on Android?

Please do tell us in the comments and have a great day!