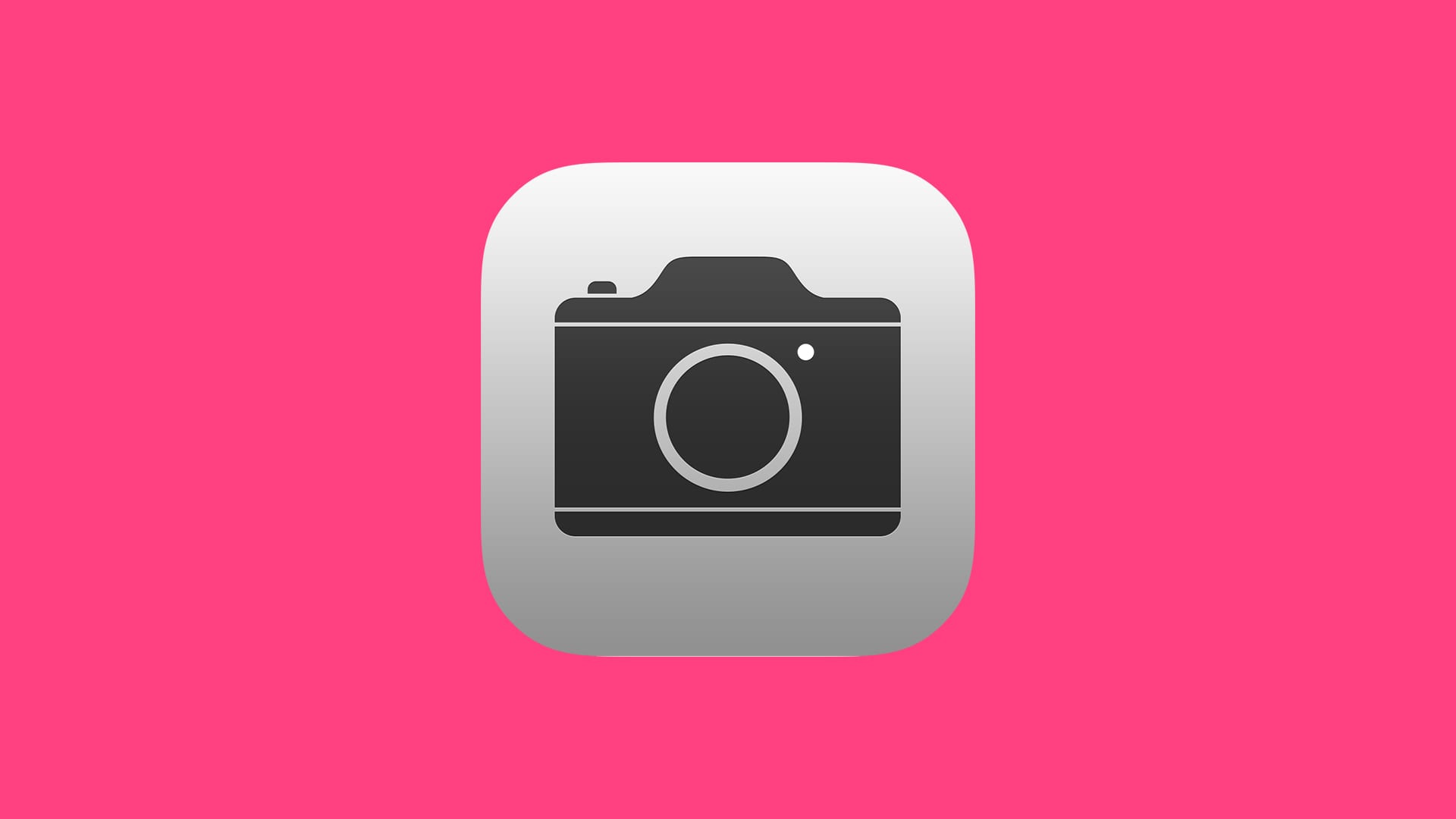 Apple’s done an amazing job with the iPhone cameras. And we’re not even talking about the sheer image or video quality, that one’s in its own league. We’re talking about the usability, stability, and consistency of the iPhone’s camera software that works in perfect harmony with hardware.

Issues seldom happen with the iPhone’s camera app. When they do, though, it’s generally at the worst time possible. The last thing you want is to miss catching that precious memory because your iPhone’s camera doesn’t work. So, if you’ve come across such an issue lately, you’ll want to act quickly and get the camera back in order as soon as possible.

That’s why we’ll try to address some of the most common issues with the iPhone camera app in this article. Hopefully, you’ll either get that camera fixed or at least get a better idea of what’s going on. So, keep reading.

“iPhone camera not working” is a broad keyword. You might encounter the black screen in the camera app, the app might crash or take blurry images. Or maybe you have problems with the front camera. There’s no way for me to know the exact camera issue that’s bugging you.

But bear in mind we’re on iOS. That means our troubleshooting options are limited to what Apple actually allows us to do. But put in another perspective, that also means most of the fixes you’re actually allowed to do will probably help with multiple problems. That’s why I’ve compiled a small list of general workarounds that you can try no matter the issue you’ve got.

I know most of these are as generic as they get, but as I said, your hands are more or less tied. On the positive end, despite being generic, the workarounds might potentially work, which is most important in the end.

But if the camera app still doesn’t work properly, you’ll have to put in some more work and try another workaround.

The logic here is the same as above. But we’re going to do it system-wide. Although iOS is the most consistent OS on the market, it could face a glitch or two, just because it keeps so many apps and processes running in the background. So, a fresh start might actually help. 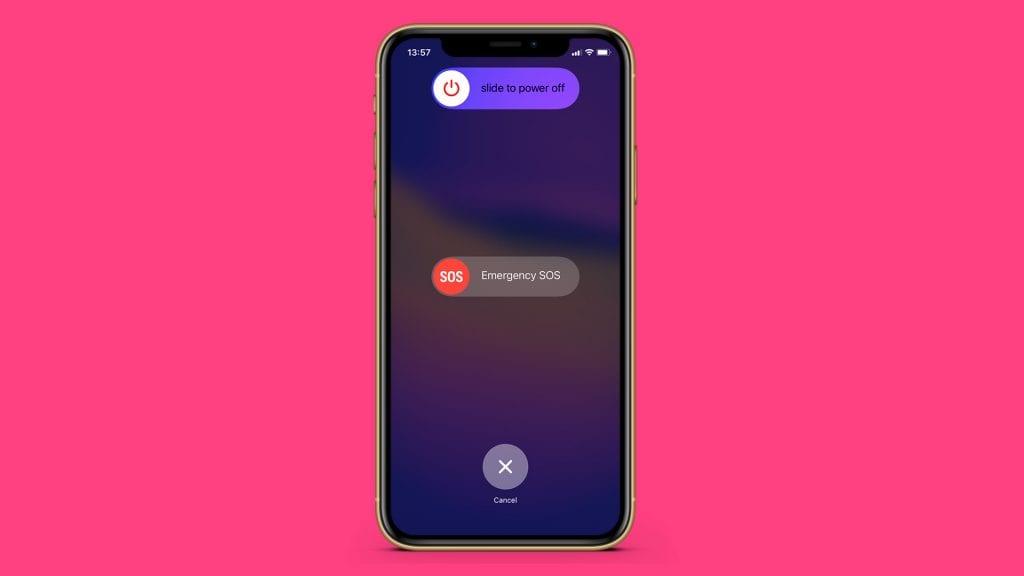 Press and hold both the Side button and the Volume Up button at the same time until the power off slider appears. Just drag the slider, and wait for a couple of seconds for your iPhone to power off. Now, turn your iPhone back on and try the camera app. If the issue persists, we’re back at the drawing board.

At the time of writing this article, iOS 14 is still in its early public stages. And early iOS versions can get messy sometimes. That’s when users encounter the majority of problems and your camera might not be an exception. There may be a faulty inside iOS 14’s code that renders the camera app unusable. 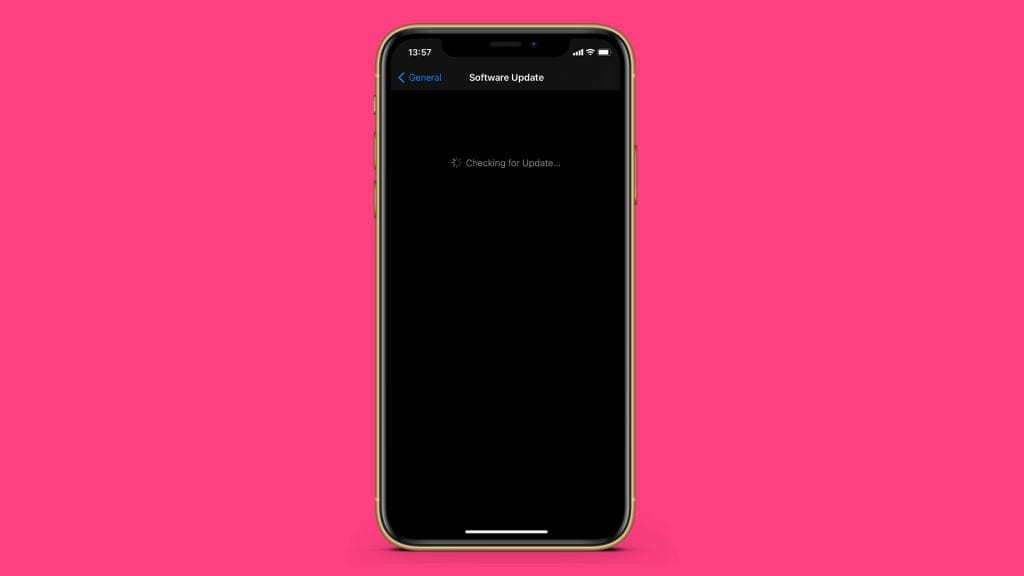 If the camera problem was indeed caused by an update, there’s probably nothing you can do. Except waiting for another update. But don’t worry, if the issue is widespread Apple will be quick to tackle it, because it surely doesn’t want to keep users isolated from such an integral feature.

I know it’s incredibly irritating to be unable to basically do anything. But you’ll have to go through it. In the meantime, you can use a third-party camera app to give your phone at least some snapping capabilities.

Solution 4 – Turn off the VoiceOver feature

For some reason, the VoiceOver feature tends to interfere with the camera app, causing it to stop working. Now, I couldn’t find the exact reason anywhere, but apparently, it’s a thing. So, if you have this feature enabled, disabling it may resolve the camera problem. It won’t hurt to try, anyway.

Here’s how to disable the VoiceOver feature on iOS 14:

If you can’t identify the exact cause of the camera problem, you can try resetting the settings altogether. If there’s something that causes interference with the camera app in your iPhone’s settings, loading defaults will definitely take care of it.

Now, you’ll want to think twice before resetting all your settings, because getting everything in order again can be both time-consuming and annoying. So, proceed to reset the settings only if you’ve already tried everything else. It’s also a good idea to make a backup of your settings and data to iCloud, so you can reset it later without much hassle.

Here’s how to reset your iPhone settings:

How to fix blurry photos

One of the most common issues with the iPhone camera, and also a problem that can have more solutions than the ones mentioned above, are blurry photos. Naturally, you expect the best image quality from your iPhone’s camera. Unfortunately, that’s not the case for some users, as people have been reporting the problem with blurry images for years. An issue that persists in iOS 14.

It’s important to point out that the blurry photos problem doesn’t necessarily have to do anything with software. Most of the time, there’s something on the outside that disrupts the sharpness of your photos, like a case or dirty lenses. So, don’t look at this problem as an “iOS 14 issue”, as it probably has nothing to do with the system version. Of course, if none of the following workarounds help, you can always try the above-mentioned solutions and see what happens.

With that out of the way, let’s do the work.

The first thing you should do is simply cleaning the camera module on your iPhone. There’s a good chance the lenses got dirty from everyday usage, which prevents the camera from focusing properly. A simple wipe with a microfiber cloth should resolve the problem.

Just remember not to clean the lenses with your fingers, as you may make things even worse. That’s why a microfiber cloth is the best tool for the job. If you don’t have it, you can buy one at the nearest supermarket for literal pennies.

Although it shouldn’t be the case, some iPhone coverings tend to obstruct the camera lenses, leading to, well, disrupted photos. The photos may appear darker, distorted, or in this case, blurry.

So, just remove the case, snap a few photos, and see if there’s any difference. If there is, and your photos don’t appear blurry when you take them with your phone out of the case, it’s time for a change. Just buy a new case or a skin that won’t actually downgrade your phone. And that’s it, the case is rested.

Bonus: Use a third-party app

After all this troubleshooting, I still can’t say I’m overly optimistic I managed to solve your problems. As I said, it’s probably a faulty update, in which case, there isn’t too much we can do. However, there’s still something you can do to help yourself go through this hard period.

You may actually find that new app to be better than you’d expect. There are a few choices in the App Store that give you more options than the stock app. For example, I don’t even use the stock camera app for most of my photos. I use Halide because it’s simple, provides solid control over your shots, and exports in RAW (something that the stock app doesn’t).

So, who knows, maybe this awkward camera situation turns out to be a blessing in disguise, and you discover your new camera app that will actually allow you to take even better photos with your iPhone.