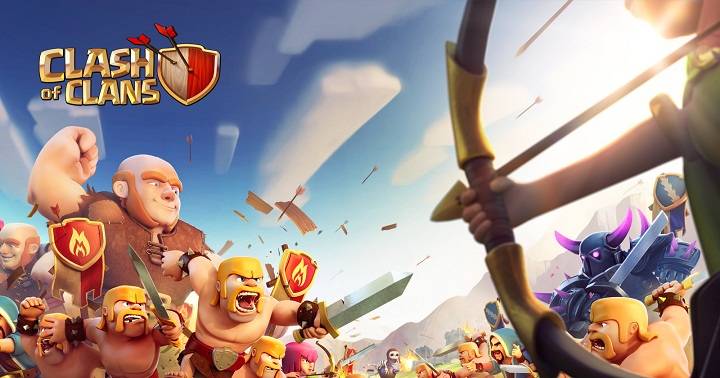 It was just the question of time before the multiplayer games that took over the PC world will take over the handheld devices. And for a reason. There’s nothing like competitiveness and the sheer joy of defeating someone’s army or clan in the fair and square encounter. And the main pretender on the MMO throne in the handheld category is Clash of Clans.

This amazing freemium game is already vastly popular and it grouped substantial player base, both on Android and iOS. However, as the case already showed on multiple occasions, there’s no software of any kind without its issues. Especially when it comes to connection-dependent complex games.

One of the most common issues is related to frequent crashes or failed loading. For that purpose, we prepared a list of some formidable solutions that should help you out substantially. Make sure to check them out below.

First of all, make sure that your device is supported and that it’s not jailbroken. Jailbroken devices in combination with most similar games are somewhat a gamble. It may work, but likewise, it may not. So, if you’re keen to play this game in a seamless manner, make sure that you have iOS 5.1.1 or later. If you’re meeting those requirements, let’s move to troubleshooting.

A faulty or unstable connection may cause crashes on Clash of clans and similar games. Namely, as you’re probably aware, without the stable connection, this game is basically unplayable. And, sadly, some code error may get you back to a home screen before you even know it. So, these are some of the connection-related steps you can take to prevent that:

Relaunch the app and restart your device

Another obvious step is to exit the game, restart the device, and start the game again. On some occasions, while loading the base, a certain glitch can cause the app to fail. Sometimes it will start again and load the in-game surroundings, on other, it will freeze until it crashes eventually. So, make sure to close the app, restart your device, and start it again after the power is on.

That can be done in a few simple steps:

If the app behavior is still driving you mad, move on to additional steps.

Too many times we witnessed consequences of bad updates that, instead of improving, break our favorite app or game. Even though it’s highly advised to always check for updates, they too often downgrade an overall in-game experience. But, with the responsible developers, like SuperCell, there’s a great chance that the update will, eventually, fix issues reported by the community. So, make sure to update the app, and hopefully, your problems will be gone so you can get hold on your in-game opponents.

Follow the instructions below to check for update in Apple Store:

If the latest version bears the same reoccurring issues, make sure to take the additional steps.

It’s hard to find a list that addresses similar issues without a reinstallation step. The same goes for the Clash of Clans. While playing, the game is constantly changing and it’s way of functioning within iOS. So, some sort of corruption isn’t excluded. And for those, the best medicine is to start from a scratch. Since your game data is connected with your account, you won’t lose game progress or achievements.

This is how to reinstall Clash of Clans:

That should resolve any app-related issues. But, it’s not always the game that’s the culprit for the crashes.

As you’re probably aware, every app stores a lot of individual data that’s related to it’s functioning and improved accessibility, mostly temporary and update files. However, we all know how iOS-powered handsets have a tendency to suffer from a lack of space, especially the older devices that were presented with the limited internal storage.

So, another thing that can cause crashes is the inability of the game to store additional data on your device. What you should do is to make sure that there’s enough storage space. So, navigate to Settings > General > Usage to find the space-consuming apps and files. Additionally, if you’ve backed up your photos/videos, you can delete them from the internal storage in order to make space for all system inhabitants to work without issues.

As you know, there are two ways you can log in in Clash of clans. First is with the iOS-native Game center, other is trough the omnipresent social network, Facebook. And both of them are known for triggering some in-game issues. Since you can’t be certain which of those two is the instigator, make sure to log out of both of them and then log in again.

This can help you a lot with the loading problems, especially when switching in-game accounts.

People too often diminish the importance of timely updated OS. We’re not saying that those too often come with the multitude of issues, but there’s one thing you should have in mind. Most of the games/apps are optimized for the latest system version, or at least, they’ll be in some time soon.

So, in order to maintain overall app stability, it’s advised to update your system frequently. Most of the time, this is done automatically but it won’t hurt to check for the updates on your own. And this is how to do it in a few simple steps:

Don’t forget that you can use the iTunes client for updates, too.

Not many users are ready to give up their custom settings and reset factory settings, we’re aware of that. However, if the game is functioning well for so many players and you have this distinctive issue with crashes, chances are that your device the is the core of the problem. So, backup your data and move on to factory reset. Of course, if all of the previous steps fell short.

This is how to restore factory settings on an iOS device:

This should do it. In case you have any questions related to this or some other similar apps, don’t hesitate to ask. Moreover, any alternative solutions are welcomed, too.