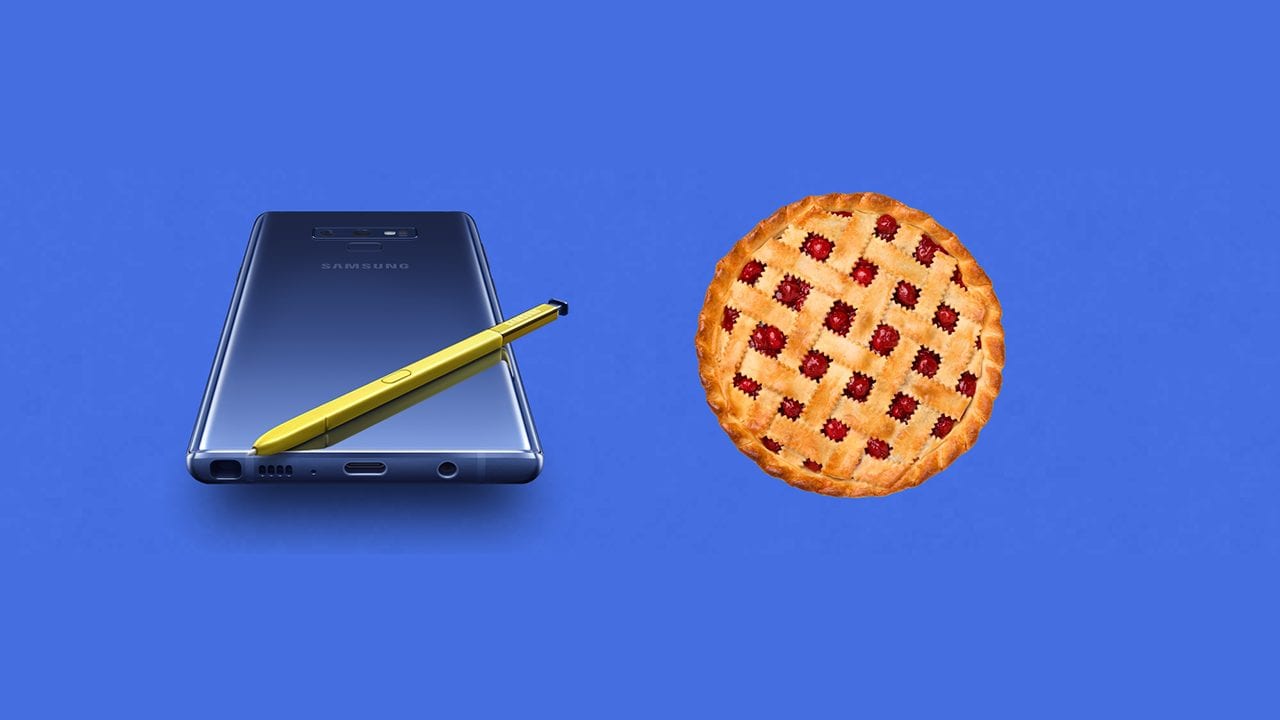 The wait is finally over! Android 9 Pie has started rolling out to users on every major carrier network, as well as to the unlocked devices. And while some users are looking forward to the new features and the improved version of OneUI, others are experiencing issues with the new update.

On paper, the new update should improve the overall performance, as well as the appearance of the system. In fact, that’s how it should be with updates in general, not just Android Pie and not just on the Note 9. However, that’s not the case with every Note 9 user.

In this article, we’re going to explore all the reported problems that come with Android 9 Pie, so you can know what to expect.

Even though the Pie update has been available for some time now, numerous users say they haven’t received it yet. Now, there are numerous reasons why you can’t receive the update. And it’s usually the little details, like not having enough storage space or battery. All of these issues are easily solvable, so you don’t need to worry about not getting the update.

On top of that, AT&T support says that users on this network need to obtain the update through AT&T services, instead of the regular way. As that’s the case with some other carriers, as well, you just need to use your carrier’s services, and the problem should be resolved.

The Bluetooth connectivity seems to be the biggest Android Pie problem on the Galaxy Note 9, as most users reported various issues so far. The range of issues goes from failing to connect the phone to a car to being unable to connect it to other external devices (smart watches, Bluetooth speakers, etc.)

One user also reported that upon installing the Pie update, his phone started lagging and stuttering. In fact, even the simplest and least resource-demanding operations, like pressing the back button or waking up the phone seem to stutter.

Unfortunately, not enough users followed up, so we don’t have the exact solution right now.

Empty bar under the keyboard

And now something that’s actually a new feature, but a lot of users interpret it as a problem. Namely, Samsung introduced an ’empty bar’ under the default keyboard to make typing more comfortable. So, when the empty bar appears, keep in mind that it’s intentional.

Now, it all comes down to personal preference. If you’re okay with the empty space, and it indeed makes typing more comfortable, just carry on with it. If it annoys you, install a third-party app like Swfitkey or Gboard, and the empty space will disappear.

Along with the Bluetooth issues, the battery drain is also the most commonly reported Android 9 Pie problem on the Galaxy Note 9. Numerous users complain about a huge decrease in battery life, that goes up to 50%.

Another problem that seems caused by Android 9 Pie is the compass not working. Numerous users have been reporting this issue on the XDA forums. According to Samsung support, it’s a firmware issue, and they cannot do anything about it right now.

We certainly hope the development team will figure out what’s wrong, and eventually release a patch.

That’s about it. This is the original set of reported issues with Android 9 Pie on the Galaxy Note 9. However, I’m sure there are even more problems that I didn’t put in this article. So, if you’ve encountered an issue that’s missing from this article, feel free to report it in the comments down below.